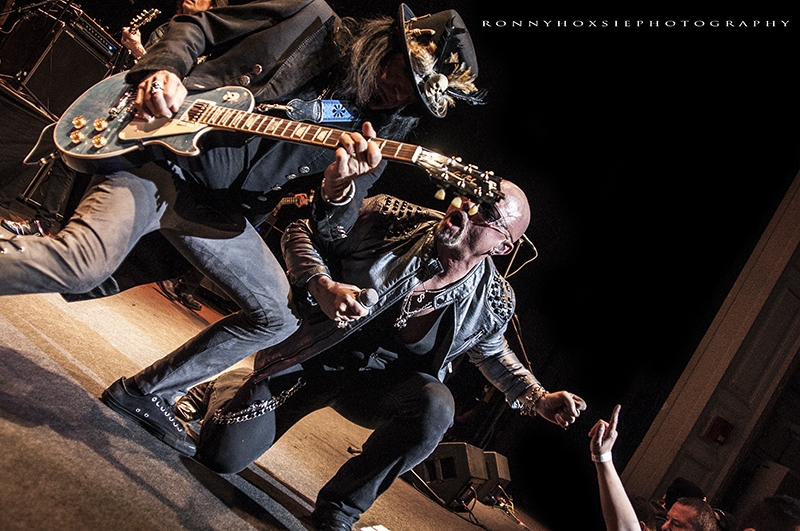 Queensryche vocalist and founding member Geoff Tate is out on the road celebrating the 25th Anniversary of the band’s epic 1988 release, Operation: Mindcrime. Tate is regarded as one of the most skilled vocalists in the rock genre. He is ranked 14th on Hit Parader’s list of the 100 Greatest Metal Vocalists of All Time. He was voted #2 on That Metal Show’s top 5 hard rock vocalists of the 80’s, and in 2012 received the Vegas Rocks Magazine Award for ‘Voice in Progressive Heavy Metal’. Queensryche is world renowned for their innovative, trend-setting sound and continues to enjoy incredible success, performing for sold-out audiences worldwide.

The Operation: Mindcrime 25th Anniversary Tour made a pit stop at The Wilbur Theatre in Boston, Massachusetts on March 14th, 2014. Our photographer, Ronny Hoxie, was on hand at The Wilbur to catch their act. Here are the images from that night.