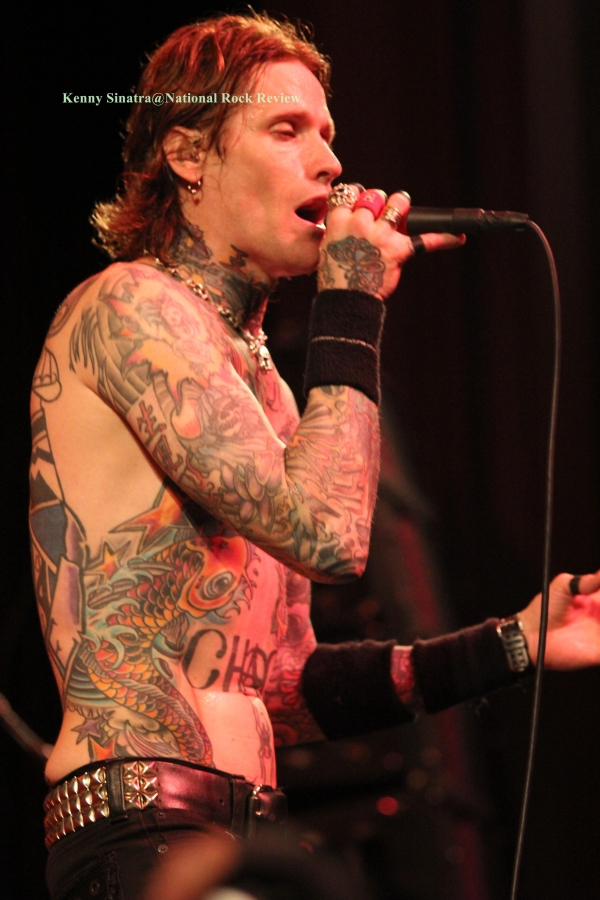 Buckcherry rose out of Anaheim, California in 1995. Originally named Sparrow, the band changed their name to Buckcherry after receiving a cease-and-desist letter from a record label called Sparrow (owned by EMI). The group says their name was inspired by a drag queen acquaintance of theirs named Buck Cherry.

The band released its self-titled debut in 1999 to critical praise and certified gold sales. This album produced their smash hit #1 single Lit Up as well as the popular tracks For The Movies, Dead Again and Check Your Head.

They released their sophomore effort, Time Bomb, in 2001. It was considered a disappointment by many critics and did not place well on the charts. They would dissolve shortly after, in 2002.

Josh Todd (their singer) went on to work in a new project that Slash (Guns N’ Roses), Duff McKagan (Guns N’ Roses) and Matt Sorum (The Cult) had been working on. They even spent some time in the studio, reportedly completing ten songs, but Todd was abruptly dropped from the project by Slash. In Slash’s autobiography, he states he dropped Todd from the project because he was displeased with how Todd’s voice sounded when they played the material back. Scott Weiland (Stone Temple Pilots) was eventually chosen to lead that band, which would become known as Velvet Revolver.

Josh Todd ended up working on a solo album, You Made Me, which he released through his label, TODD Entertainment, LLC a partnership with Todd Meagher (Todd’s manager at the time of his hiatus from Buckcherry).

In 2005, Todd reformed Buckcherry and released the album 15 to commercial and critical success. It resurrected the band with the hits Crazy Bitch, Sorry, Next 2 You and Everything. It became their second album to reach gold status here in the U.S.

Since then, the band has released Black Butterfly (2008), Live & Loud (2009), All Night Long (2010) and Confessions (2013). They continue to be a dominating force in today’s hard rock world and pretty much tour non-stop. The band is currently out on their 2014 spring tour. Our photographer, Kenny Sinatra, was on hand to catch their act at the Campbell Heritage Theater in Campbell, CA on March 13th, 2014. Here are the images from that night.