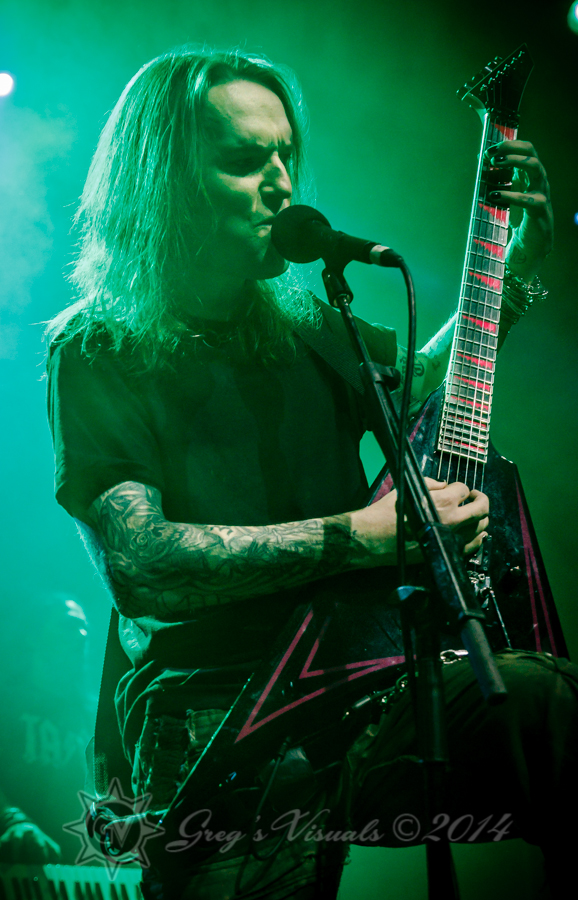 The city by the bay recently hosted a night classic metal in the century old historic Fillmore. Originally opened in 1912, the Fillmore has been a cornerstone of rock music since the 1960s when iconic acts of the era graced is stage, including The Velvet Underground, Jimi Hendrix, The Door, The Who, Pink Floyd, and Cream. Enough cannot be said to describe the importance of this venerable music theater.

The night was rainy, not uncommon for San Francisco in the winter. However, the cool wet evening was not enough to keep the masses away. The throngs of fans packed the venue, eager to see their metal heroes perform classics and new songs alike. It was a crazy night, and an electric vibe could be felt as the bands were about to play.

First on stage was TÃ½r, ready to regale the audience with tales of Norse legends and Viking lore. They did a five-song set, playing for around 30 minutes. They focused on more recent material off the past two albums finishing the show with Shadow of the Swastika, a rousing melodic metal song denouncing racism. As they put it to those who espouse white supremacy can “kiss my Scandinavian Ass!”

Next to take the stage was hometown favorite, Death Angel. Originally formed in 1982, Death Angel is a veteran of the trash music scene, having released seven studio albums, and two live albums, and numerous singles and music videos. However, tonight was not about that; it was about DA performing for their local fans in the town where it all began.

Death Angel performed few classics from their first album, Mistress of Pain and The Ultra-Violence. These tracks, of course, brought many cheers from the crowd. The rest of their set was mostly material released int the past five or six years with the emphasis on the last album, The Dream Calls for Blood, released in 2013. That is the sign of a band that is in for the long haul, focusing on what is new. Keep an eye on Death Angel; many great things are surely on their horizon.

Finally came the headline act, Children of Bodom. Nordic death-metal veterans, COB formed in Finland in 1993 during the genesis of the Swedish metal sound. They originally were named Inearthed, changing their name to Children of Bodom in 1997. In the past 20 years, under both names, they have released 13 studio albums and EPs, two live albums, and produced sixteen music videos and one video album. In addition, they have had many gold albums and one platinum album, and had seven songs reach #1 in Finland and chart well in the US and remainder of Europe.

COB opened with Sixpounder off of Hate Crew Deathroll. Their set list included material from most of their albums going back to 1990s with Lake Bodom, Towards Dead End, and Downfall. The set also included Dead Man’s Hand on You and Halo of Blood off the 2013 album of the same name as the later. Children of Bodom, as always, gave a solid performance to the approval of their fans.

While COB was the top billed act, the highlight of the night may well have been Death Angel. The local band playing in this well-known venue in front of the fans who made them who they are is the stuff of fairy tales and feel good movies. However, there is nothing fictional about this night. Brian Lew, co-author of ‘MURDER IN THE FRONT ROW: Shots From the Bay Area Thrash Metal Epicenter’ said it best; “Death Angel taking over their hometown stage as a support band last night reminded me of Metallica taking over Ozzy’s stage in ’86. Not the same level but definitely the same energy.”