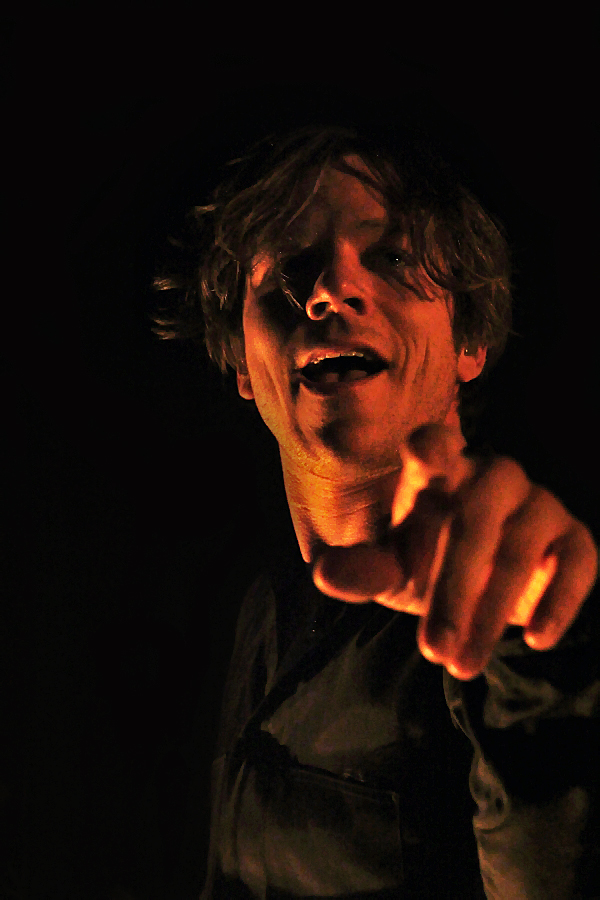 On January 8, 2014, the Cosmoâ€™s new Chelsea Theater (not to be confused with the original Chelsea Ballroom) was christened in a semi-private, yet publicly available, performance by chart topping Alt-Rockers, Cage The Elephant.Â  This was only the third show and first ever rock show to be ever be held in this very new, 3000 seat, 1930â€™s inspired ballroom.

The bar has now been set. Â To see this band live, youâ€™d never know Cage the Elephant hails from Bowling Green, Kentucky.Â  CTE has a distinctly European feel; their show vividly reminding me of the crowd dense English festivals that are routinely played on the Palladia television network.

In this, their last US appearance before heading into a series of sold out shows in Europe and then a stint in South America (before returning to perform at the always sold out Coachella), CTEâ€™s short, one hour set, was intense.Â  Goose bump inducing perfection.

The production itself is stripped down.Â  There are no lasers or flames to be found. Â  A 70â€™s feel meshed with an arsenal of strobe lights.

I went in without any expectations, as their music borders on the frays of where I usually find myself musically.Â  Iâ€™m a victim of labeling.Â  The Alt-Rock classification makes me wary.Â  With this show I hope to banish labels forever.Â  Lets ditch the prefixes altogether and focus on what this band does: rock.

At times, Cage reminded me of The Doors colliding with Black Sabbath.Â  At other times, they had more of a punk feel.Â  At all times, they were undoubtedly Cage The Elephant.

CTE seemed to speak to the audience on a cellular level.Â  Throughout the 13 song set, fans were rabid, in a peace loving, ‘weâ€™re all friends here’, sort of way.Â  They opened with Spiderhead then fell into In One Ear, Aberdeen, Take it or Leave it, Itâ€™s Just Forever, Back Against the Wall, Indy Kidz, Halo, Teeth, the always favorite Ainâ€™t No Rest For The Wicked, and finally current chart topper, Come a Little Closer.Â  A quick exit off the stage, the crowd cheers for more, and the band returns for Shake Me Down and Sabertooth Tiger.

Pure energy from start to finish.Â  Frontman Matt Schultz occasionally addressed the audience, taking special note of the fans waving ‘flashing swords’, but the between-song-banter was kept to a minimum.Â  Anything he may have said is best summed up in his erratic movements across the stage and the conviction of his lyrics.

Drummer Jared Champion plays a kit that looks a bit dwarfed on stage, yet the thunder harnessed and subsequently released out of that set was anything but small.

Bassist Daniel Tichenor, along with guitarists Brad Schultz, and newly acquired Nick Bockrath appear unassuming.Â  They donâ€™t sport the typical rock star stage clothes.Â  Thereâ€™s no wink and a smile at the girls in the front row, but donâ€™t be deceived. Theyâ€™re rock stars pure and simple. All you have to do is listen.Â  Itâ€™s undeniable.

The performance was moving.Â  Literally. Â Being that the Chelsea is located on the third floor of the Cosmopolitan it actually moves. Â It ebbs and sways to the rhythm of the audience bouncing on top of it.Â  It is impossible to stand still. Â  This is awesome.Â  Combined with the hypnotic keys, deep bass lines, crunching guitars, roaring bass drum, crisp vocals,Â  abundance of smoke, and the blue hued lights dancing on a velvet backdrop, itâ€™s an ethereal experience.Â  I donâ€™t know what Cage is like in another venue, but here at the Chelsea, they ruled the world.

Should you only know Cage The Elephant from their radio hits, you know now that this band is so much more. Their live performance is not to be missed.

At the shows close, Matt Schultz stands atop outstretched arms in a sea of fans.Â  He falls back onto the crowd and they support him.Â  Heâ€™s anchored to the stage by his mic cord, which is being attended to by a helpful, yet likely anxious, roadie.Â  It doesnâ€™t get much more rock and roll than that; no matter what prefix you want to attach to it.