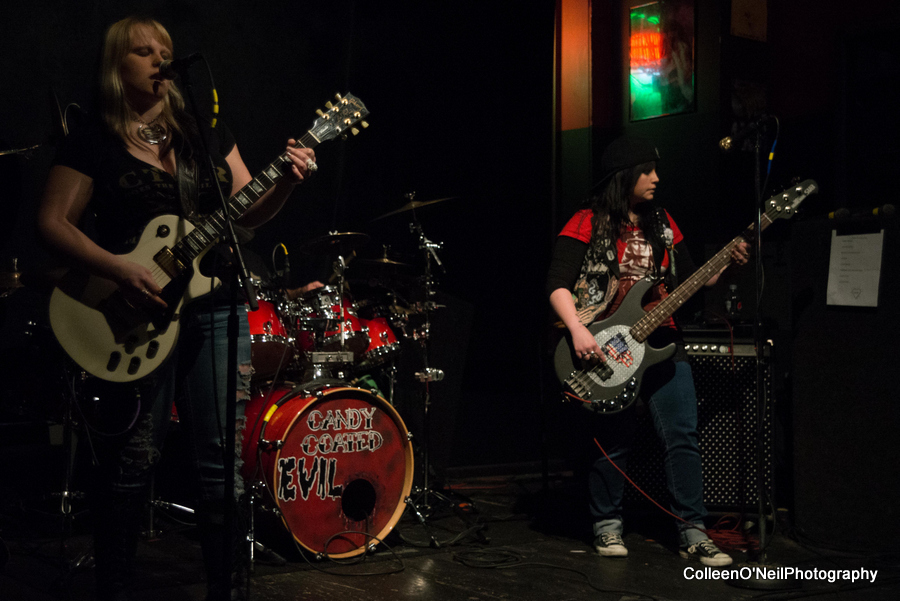 Outside the weather howled with a wail of tornado sirens and hail the size of hand grenades, and the start time was delayed by an hour. This did not stop Candy Coated Evil and The Atom Age as they hit the stage in St Louis. Each band hand their own unique type of sound and defied any perceived musical notions from the beginning; it was a very special night of music. With the various blends, the two bands whipped up their own special musical storm that outrivaled the weather exploits outside.

Candy Coated Evil is out of Edwardsville, Illinois. They are a gloriously cool family band with their father Phil Schlemer on Drums, and sisters Syd Schlemer on bass/vocals and Lexy Schlemer on guitar/vocals.

They are the self-described ‘evil Partridge Family’ playing high-speed, bluesy rockabilly, with a touch of polka, or ‘Rockametalbluesabilly’ as they call it. This ain’t no sitcom family, but a really hip blend of musical styles. Having seen them play before, I was highly interested in tonight’s performance and was not disappointed.

Syd and Lexy sang with great growling Janis Joplin style vocals. The two traded snarky comments like quarreling sisters, and played off each other’s energy in some deep grooves. Their set ended with a tribute to the late lead singer of GWAR, Dave Brocky. Overall the band has a great sound and they gel well together on stage.

Candy Coated Evil will be recording an album full of original material this summer, something to look forward to for sure.

Set List:
Won’t be ME
A-Polka-Lypse
Blame it on the Music
Johnny
Heartbreak
Road Runner
Livin’ Loud
Sick of You
Dave

The Atom Age rocked the house with a unique musical mix of ska, punk, and surfer-billy. But, the great thing about this band is, in spite of the many influences, they bring their own unique sound to the stage. Essentially, they have discovered a new musical genre that is all their own.

They formed these great streams with a mighty musical river of sound that took the listener on a cool-vibed frenetic paced sonic journey. Atom Age created a nice layered sound that had all working parts together.

Ryan and Peter shared lead vocal duty and did so with gusto. On guitar, the two played loud and loose, a pair of Marshall JCM 800s giving that warm rich guitar tone only these venerable amps can deliver. One of the guitarists showed persistence as he broke his A string and kept playing, resembling a western movie gun slinger, the broken string flailing loosely under his guitar. It was a sight to see.

The driving sax of Brendan Frye could be heard throughout their set. It did not distract from their music as some might suspect. Rather, it added an intriguing layer to their unique sound.

These guys are seriously cool and worth checking out. Their on-stage presence is vibrant and their music is fun; it is sure to get your head bopping. Don’t believe me? Check them out for yourself. They are currently on a thirty date US Tour coming to a venue near you. 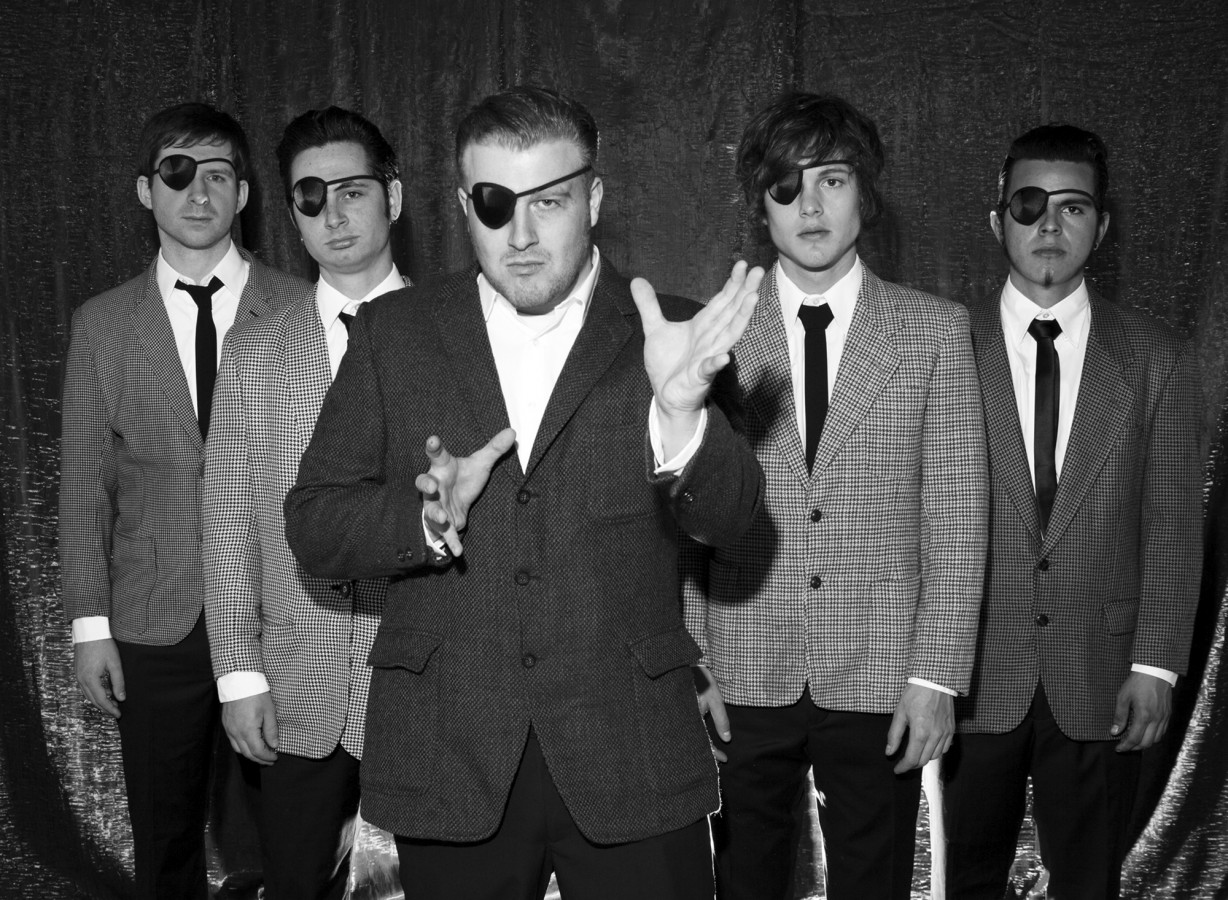