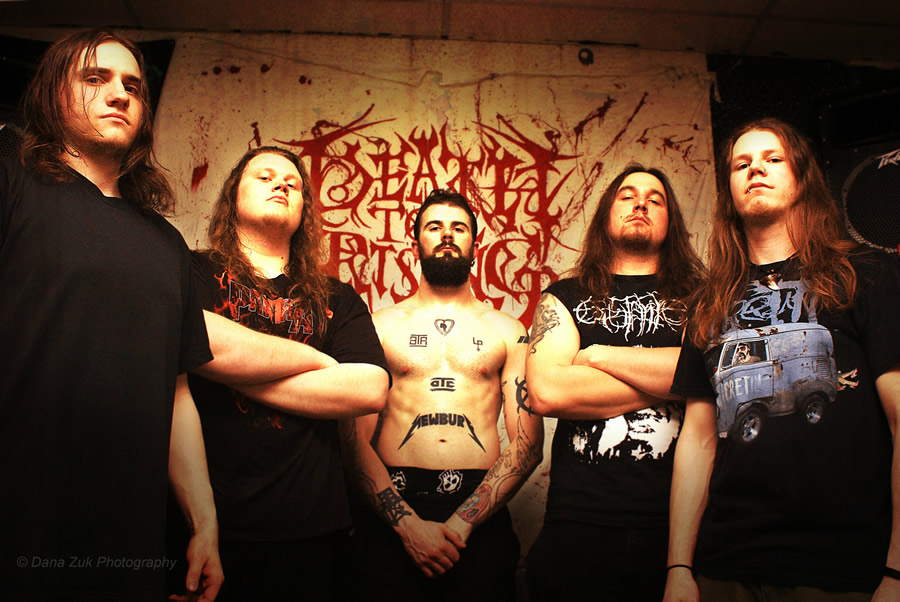 Edmonton, AB death metal band Death Toll Rising are proud to announce they will be hitting the road in April 2014 to support the following select dates on the Kataklysm and Aborted ‘Kill The Elite Tour’.

The band comments: “We are absolutely pumped to be supporting Kataklysm and Aborted on select Western Canadian dates of the Kill The Elite spring tour 2014!! Both of these acts have been major influences on us over the last 10 years. We will be alongside Vancity’s stay tech masters, Archspire getting everyone primed to be wiped out by the headliners!”

About: Featuring a combination of death and thrash metal, the Edmonton-based band are known to devastate their audiences with their high octane performances that has lead them to share the stage over the years with high profile names such as Kataklysm, Cryptopsy, The Haunted, and Aborted (to name a few).

Originally formed in 2003 in Stony Plain, AB, Canada, Death Toll Rising have been grinding the Western Canadian metal scene steadily, gaining huge momentum over the last 3 years. New addition Tylor Dory on guitars has introduced a technical and progressive element to the band they have not had in the past. Add in the intense and relentless drumming provided by Bryan Newbury (recently recruited by Canadian prog/death powerhouse INTO ETERNITY), as well as the well-rounded rhythm provided by Drew Copland on guitar and Mike Puff on bass, and you get a monster that is only now being unleashed upon the masses with vocalist Jesse Berube topping things off with a combination of brutal death growls and Tomas Lindberg-esqe high shrieks, which will be plenty noticeable on their new album ‘Infection Legacy’.