STATIC-X will head out on their highly anticipated Wisconsin Death Trip 20th Anniversary tour this summer, which will also serve as a memorial tribute to late vocalist Wayne Static. The tour will feature co-headliners and metal giants DevilDriver and will also feature support from heavy mainstays Dope, Wednesday 13 and Raven Black. 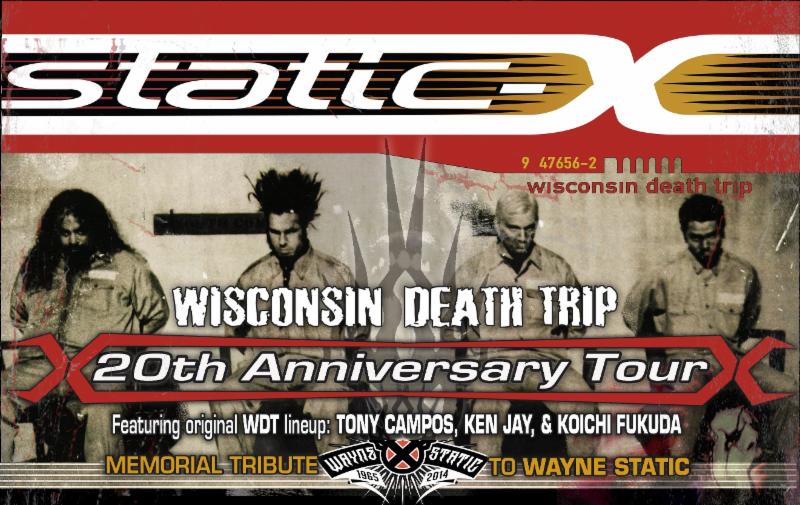 “Our intention is to pay ultimate respect to Wayne and to celebrate the music that has been in all of our hearts for more than 20 years,” says Campos. “It’s all about channeling the vibe from 1999 to the best of our ability and playing those classic STATIC-X songs live and loud.”

The band is also working on a new album, Project Regeneration, which is a treasure chest of vocal performances and musical compositions left behind by Wayne. For the unfinished tracks, the STATIC-X is inviting several of their friends to lend their voices for the completion of this very personal project.