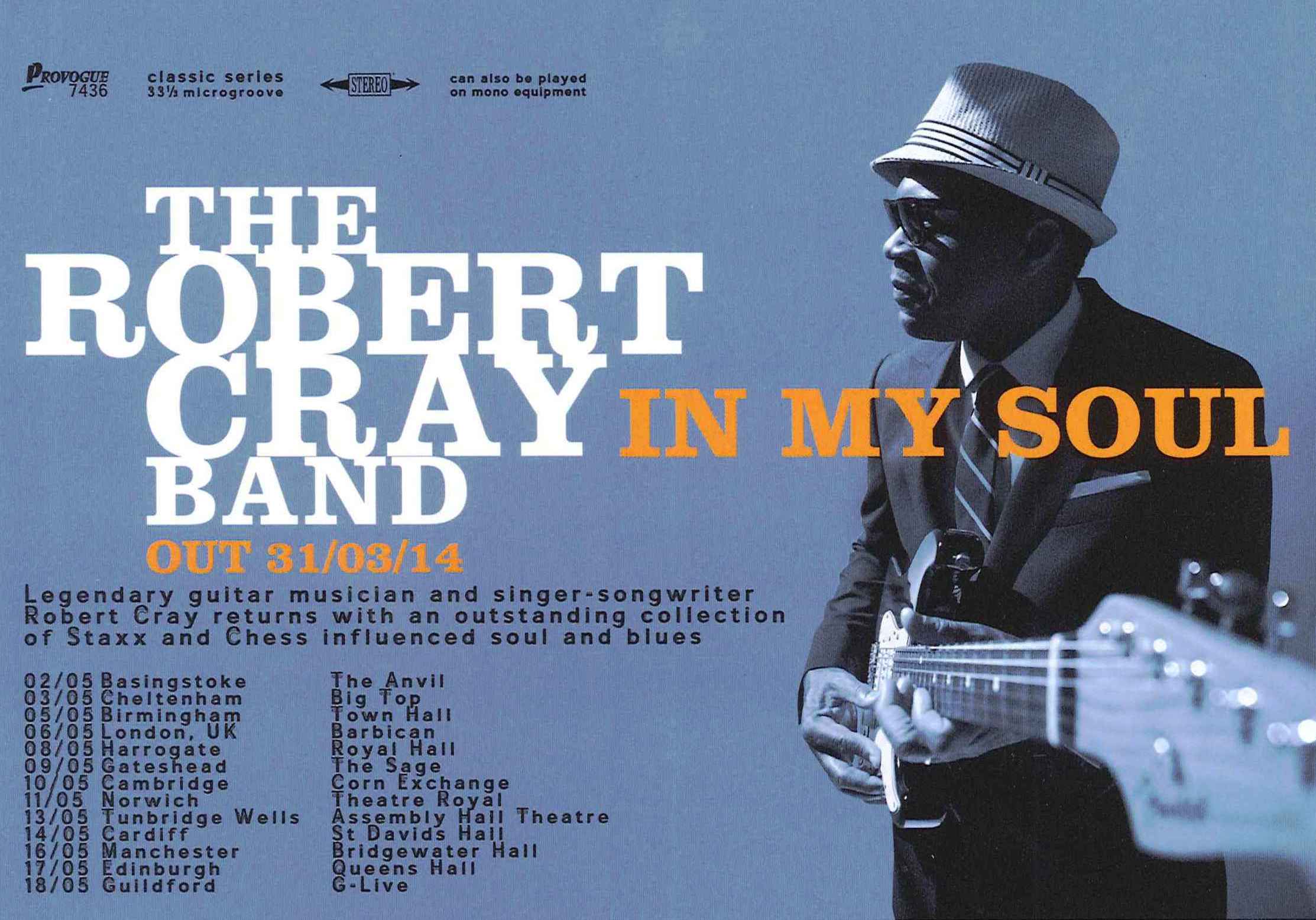 The album features tracks such as the bluesy up tempo number You Move Me, the stunning What Would You Say, as well as paying homage to the Stax greats with a cover of Otis Redding’s Nobody’s Fault But Mine and a tribute to the iconic Booker T and the MGs with Hip Tight Onions.

This week, the legendary blues man brings The Robert Cray Band to the UK for an extensive tour (all dates posted below) starting this Friday 2nd May in Basingstoke at The Anvil. National Rock Review will be in attendance at the Sage Gateshead on the 9th May to bring you coverage of the tour first hand.  Special guest Azadeh will be appearing at all shows.