Following recent tours with Halestorm and The Pretty Reckless, Texan quartet Nothing More will returning to Europe for a short headline run.

Before jumping the pond to Europe the band will embark on their own U.S headline tour with The Marmozets as support. This is Nothing More‘s first headline tour of Europe and their last tour before heading back into the studio. Tickets for the tour are on sale now via Live Nation.

Nothing More were recently nominated in the Best International Newcomer category in the Kerrang Awards. The band will release a highly personal new single “Jenny”, which tells the tale of vocalist Jonny Hawkinsâ€™ sisterâ€™s struggle with Bipolar Disorder. 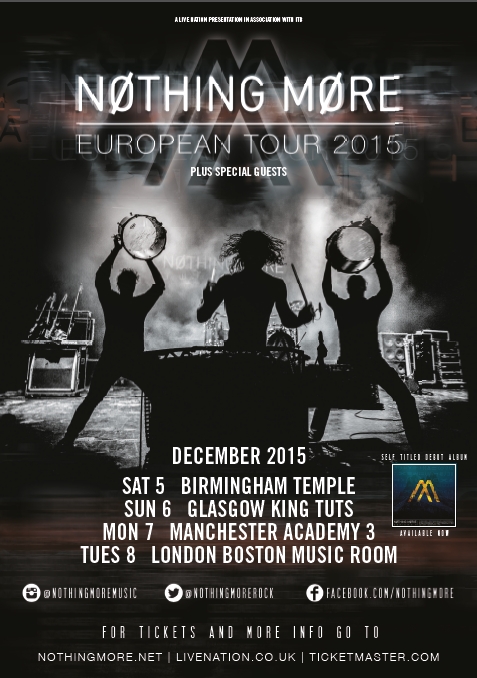