The band returned to road April 6 in North America, additional dates announced today including Louder Than Life Music Festival and a stop in New York City.

Sully Erna of Godsmack has announced the creation of The Scars Foundation to support ongoing mental health struggles facing so many. The foundation’s mission statement is as follows:

The Scars Foundation has been established by Sully Erna and the rock band Godsmack to help raise awareness of the mental health issues that so many are faced with today.
With the rise of suicides, bullying, addiction, abuse and so many other challenges, The Scars Foundation is dedicated to providing resources and tools to educate and empower people on a global level that struggle with these burdens.

You can find more information on The Scars Foundation here.

“Scars come in all forms,” Sully explains about the foundation. “They are physical and emotional. They’re traumatizing and make us fear what people may think of us. But we are ALL imperfect in some way. That’s what makes us perfect and unique! EVERYONE has something that makes him or her insecure or embarrassed. But instead of hiding them or internalizing them, own them and show them off to the world! Let them empower you so you can be a voice for everyone who can’t be. If we ALL wear our scars loudly and proudly, others will follow.” 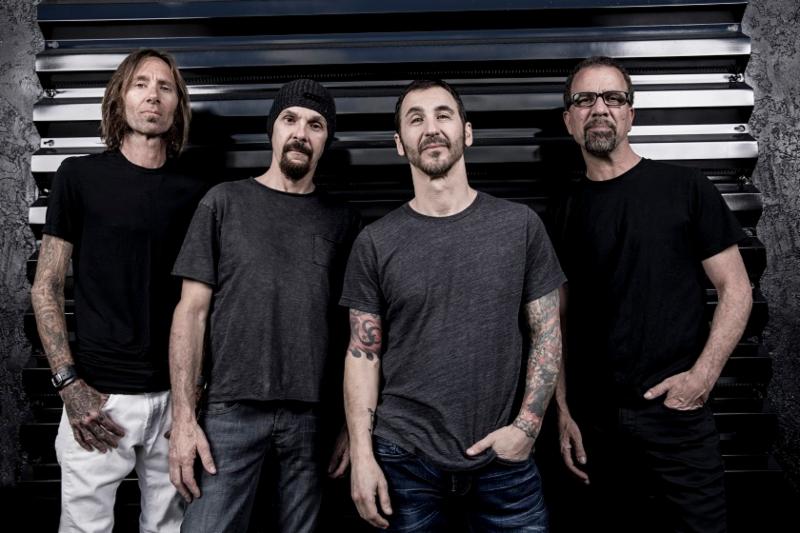 “Under Your Scars” follows “When Legends Rise,” the second #1 from the album, and last year’s #1 “Bulletproof,” which was nominated for ‘Rock Song of the Year’ for the 2019 iHeartRadio Music Awards and was also the most-played song at rock radio in 2018.

Next month, Godsmack–Sully Erna [vocals, guitar], Tony Rombola [guitar], Robbie Merrill [bass], and Shannon Larkin [drums]–return to the road in the U.S. where they’ll headline a run of shows with special guests Volbeat, along with some co-headlining shows with them in Canada. The band has added nine additional shows to the previously announced shows, including a July 23 stop at the Beacon Theatre in New York. Tickets for the previously announced shows are on sale now. Presales (including a VIP and fan club pre-sale) for the additional shows begin Tuesday, April 9 at 10:00 AM-Thursday, April 11 at 10:00 PM (all times are local). Tickets go on sale Friday, April 12 at 10:00 AM (local time).

GODSMACK and VOLBEAT’s North American dates are as follows: