In addition to an unforgettable lineup of bourbon and chefs (see the full lineup of participating distilleries below), music performers include a unique mix of rock, roots, bluegrass and folk acts led by Foo Fighters, Robert Plant And The Sensational Space Shifters, the Zac Brown Band, John Fogerty, Daryl Hall & John Oates, and ZZ Top. Additional acts include Nathaniel Rateliff & The Night Sweats, Trey Anastasio Band, Leon Bridges, The Flaming Lips, Alison Krauss, Edward Sharpe And The Magnetic Zeroes, +LIVE+, Grace Potter, Little Steven & The Disciples Of Soul, and Joan Jett & The Blackhearts, among many others. In total, more than 45 artists will play on three stages, including the side-by-side Oak and Barrel main stages and a bluegrass stage that will be curated by the genre’s leading authority, The Bluegrass Situation. 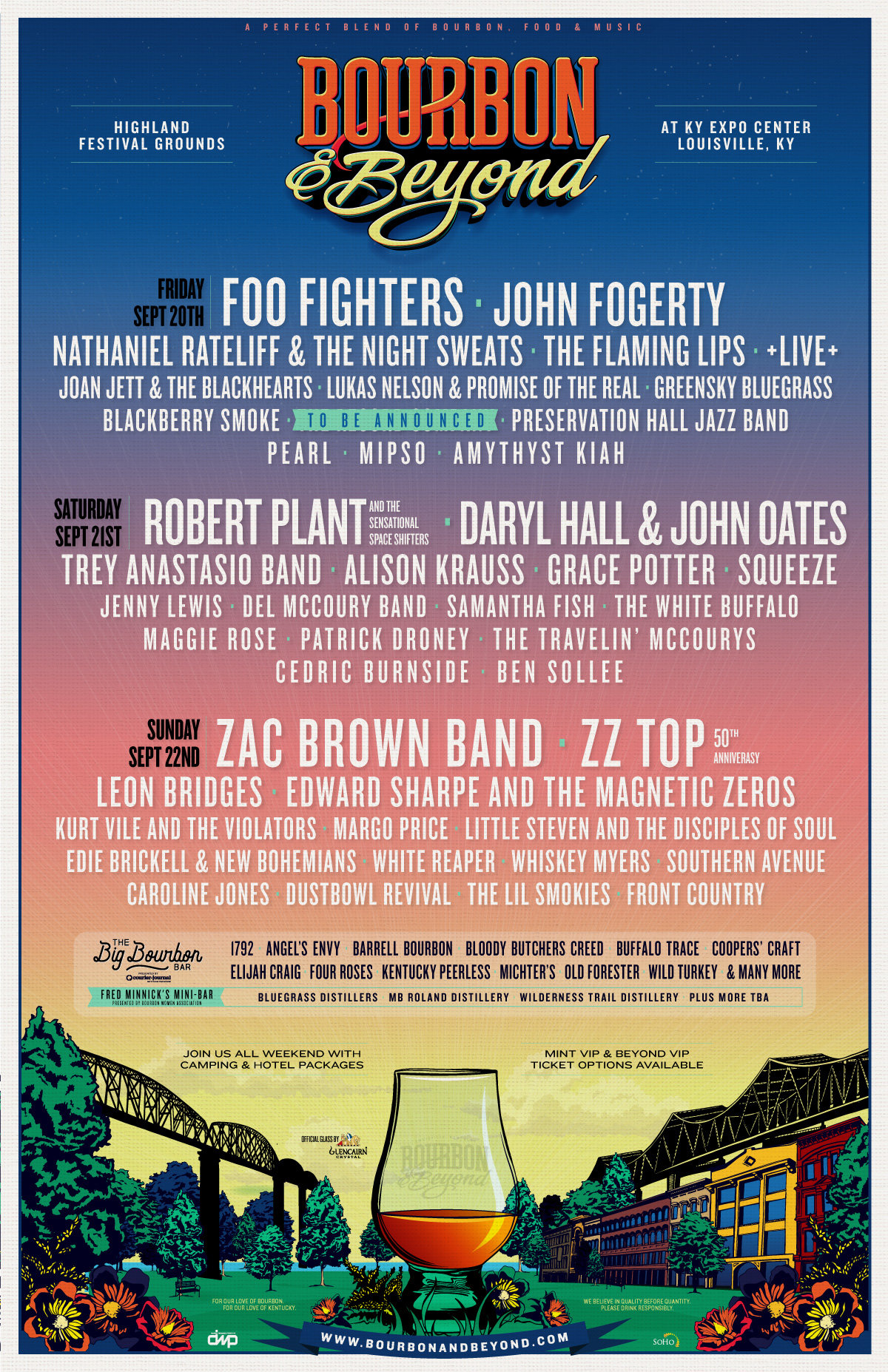 New for 2019, The Beyond Bourbon Bar will be the largest non-bourbon bar at Bourbon & Beyond, offering a selection of fine whiskies. Patrons are invited to select their cocktail, choose their whiskey, and enjoy these flavors from outside Kentucky. Participating brands include: 291 Colorado Whiskey, Balcones Distilling, Catoctin Creek, Uncle Nearest and more to be announced.

Fred Minnick’s Mini Bar presented by Bourbon Women Association–hosted by the Bourbon & Beyond bourbon curator–will showcase craft selections from Louisville’s world-renowned distilleries. Acclaimed Louisville whiskey bar The Silver Dollar will operate The Hunter’s Club, where attendees can find vintage bourbons dating as far back as the 1930s, as well as contemporary collectibles.