Strauss will also join Angel Vivaldi on the co-headlining tour The Guitar Collective 2018, kicking off November 19

Nita Strauss, the incredibly talented guitarist who has rocked out on stage with Alice Cooper, Femme Fatale, Jermaine Jackson, The Iron Maidens and more, announced today that she will be releasing her debut solo album, Controlled Chaos. She has joined the Sumerian Records family and will be giving fans 11 tracks of epic musicality on November 16th. The electric and quite literally “fire” music video for “Our Most Desperate Hour” is the first look into what’s to come from this new chapter of Nita’s career.

On the upcoming album, Nita shares “From bright and fun to aggressive and dark, from peaceful to chaotic, this album is a way for me to give the listener a glimpse into my personality and what goes on inside my mind.” Controlled Chaos is available for pre-order on nitastrauss.com.

Nita has been fighting to make a name for herself in the guitar world for years. She is one of the most sought after clinicians in the industry and has done extensive clinic tours across multiple continents. Her consistent touring schedule has shown her to play in front of over a million audience members per year consistently for the past several years. 2018 has already proven to be a banner year for Nita with her being named as the first ever female Ibanez signature artist in the company’s 60-year history. She played WWE Superstar Shinsuke Nakamura’s entrance music at WrestleMania in New Orleans in front of an audience of 78,000 fans and millions streaming worldwide just before surpassing her Kickstarter campaign 8x over, allowing her to self-produce and record Controlled Chaos.

The 11-track album was a challenge to Nita and an opportunity for her to reconnect with what inspired her to pick up a guitar in the first place. “I started playing guitar because of instrumental guitar music. All my real heroes made instrumental albums. All my own career has been spent playing in bands, but I never forgot that dream of what inspired me to pick up the guitar in the first place.” 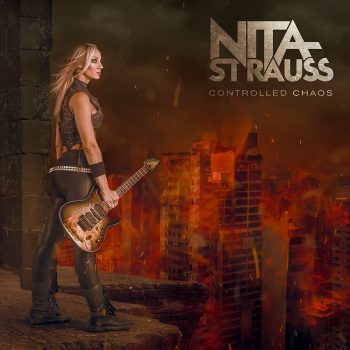 This Fall, Nita will be hitting the road for The Guitar Collective 2018, her first solo tour with Angel Vivaldi. The tour will be hitting cities from coast to coast in the United States beginning November 19th and will wrap up on December 21st. A full list of tour dates can be found below with tickets and more details available on nitastrauss.com.’ 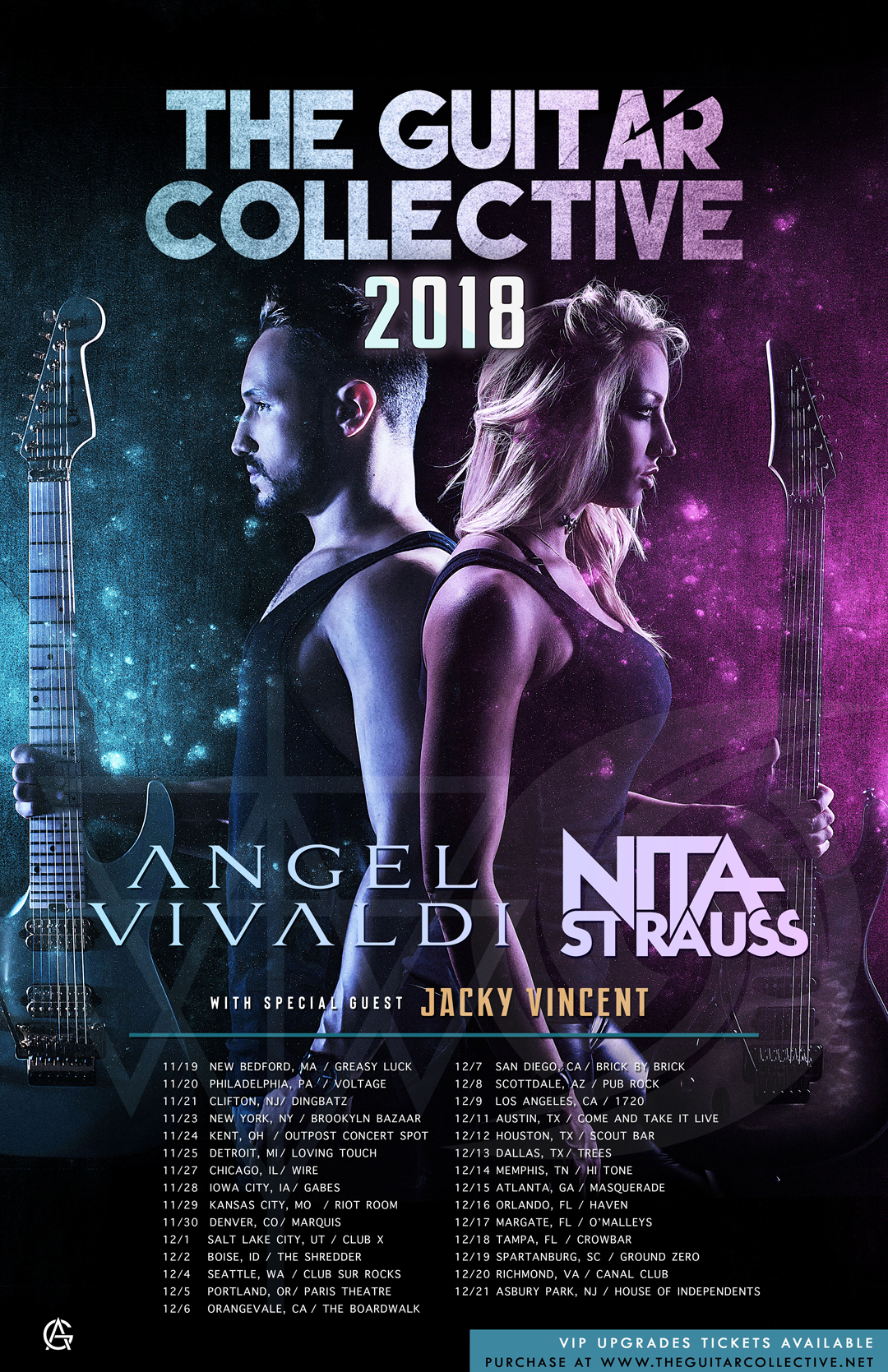 Nita’s skill, exuberant stage presence and love for all things about her instrument have earned her a stellar reputation in the music industry and endorsements including Ibanez Guitars, Marshall Amplification, DiMarzio pickups, Monster Energy and more. For more information on Nita Strauss, please head to nitastrauss.com.