“This comes from the core, the heart of the original vision for Evanescence” – Amy Lee

On 12 October 2018, Evanescence will be releasing Synthesis Live on DVD, Blu-ray, DVD+CD, Blu-Ray+CD set and digital video via Eagle Vision. 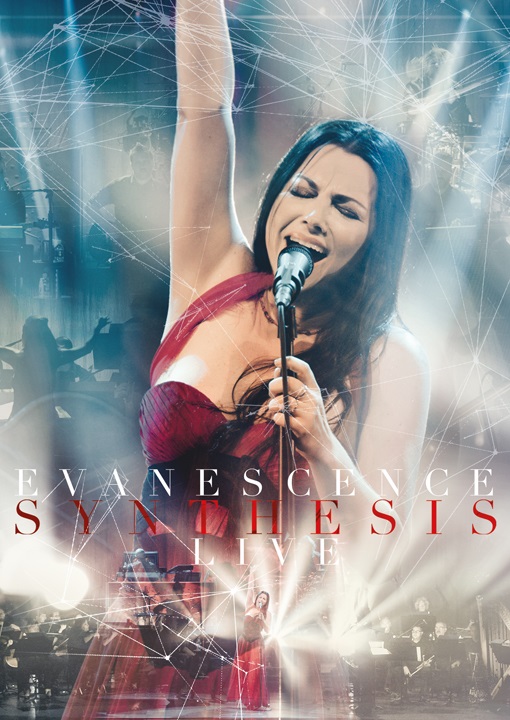 The songs span Evanescence’s 20-year history to date, reinvented with a full orchestra over a deep electronic landscape. Synthesis is a soulful and sweepingly grandiose event to witness live. Seated at the piano, Amy Lee opens the set with a single note that builds into the instrumental “Overture”, seamlessly leading into the crushing wave that is “Never Go Back”.

“Bring Me To Life”, the anthem that lead many people to discover Evanescence, reaches a new level of power and emotion with a pounding, electric heartbeat and soaring orchestral accompaniment, while songs like “My Immortal’, “Lithium”, and “Lost in Paradise” evoke heartbreaking scenes from a beautiful, timeless film.

Amy Lee’s incredible vocal range and the group’s expressive, multi-layered music naturally lends itself to orchestral accompaniment, shining a light on the singular beauty of the arrangements by composer David Campbell and conductor Susie Seiter creating a truly dynamic, cinematic sound. Lee has called this, ‘a passion project’, which undoubtedly shines through. The sense of occasion is not lost on the band or audience alike in this unique and highly emotive show.

Evanescence recently took their Synthesis live tour around the world, delivering highly-acclaimed performances throughout Europe, North America and Australia. This summer, the band teamed with violinist Lindsey Stirling on a tour of North American amphitheatres – one of Live Nation’s Top 10 tours of the summer.

“Amy Lee firmly re-establishes herself as one of rock’s pre-eminent vocalists, exhibiting an impressive range that still packs a wallop, this time cutting through a full orchestra.” – Variety