The Great White North is known for snow, Molson beer, and hockey, eh. Now we might have to add another pretty good thing, Trigon.

Emanuel Viau (vocals/bass), Gus SauvÃ© (guitar), and Corey Hall (drums) are a dark horse pick on our new music rankings. These Ottawa, ON rockers have the three piece outfit down to a science. They, even in their very short time of being an entity, have some big career enhancements coming and soon. The first Trigon album entitled, Fed Up, is scheduled to hit retailers Mar 24, 2017. 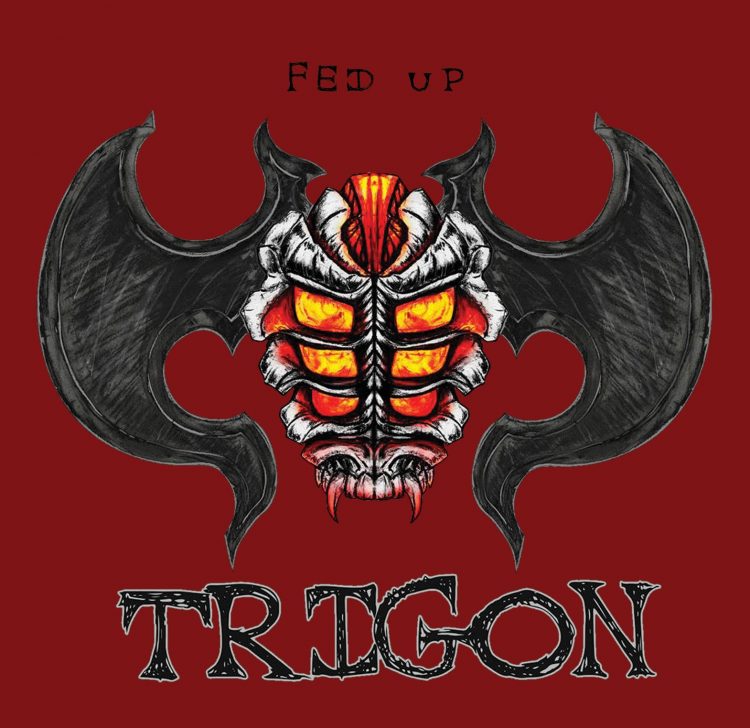 Track Listing For: Fed Up

As you can see by the ambitious set list, the Fed Up release comes in with a whopping eleven tracks and yes, one is an intro. The entire play time is an impressive almost forty-eight minutes from start to finish. Production and songwriting were all done by the guys in Trigon. It was mixed by Anders Drerup and was mastered by Adam Devecseri. We really appreciate the sound quality that was put into this offering. The guys surprised us how far they are ahead of the learning curve for a band putting out their first major release all by themselves.

We, at the National Rock Review compound, don’t want to spoil all of the goodies on this album by us blabbering on about all of our favorites. So, we drew straws and ended up with our top two tracks. The first has to be “Nightmare.” Fans of horror movies in general and of Nightmare On Elm Street specifically will enjoy this song immensely. Emanuel’s vocals are fantastic with shades of early Hetfield crossing over to his own more throaty range. And let us not forget his bass play isn’t slacking at all while he’s on the microphone either.

Gus’ guitar play in the opening of the song gives an almost Pink Floyd feel that carries over throughout the track. His play, not only in this song but all over this album, is pretty flawless with how well it fits in sync with Emanuel’s bass duties. Corey’s kit play is neither too hard or so sophisticated that it overwhelms the rest of what is trying to be accomplished in the course of the song. He strikes a delicate balance between finesse on the cymbals and beating the hell out of the kick drum when it needs it. He keeps the flow going well and we enjoy his hit selection.

Our other killer song has to be “Obsessed.” It gave us an almost Godsmack feel and highlighted how talented Gus is when given the opportunity to show his most mandatory solo powers. Corey even gets a little funkier on his hits and we love the flow that sets up. To his credit, Emanuel is able to change the tempo to his vocals through the fast and slower parts of this sonic odyssey. We played this one a lot.

“We wanted something catchy that would be easy to remember. It had to represent the number 3 because we are a three-piece band. So to us, Trigon means 3 in 1 like a triangle and that explains our logo; the Trigon beast with 6 eyes.” ~ Emanuel Viau

That’s our take on it. The link we gave to you, the faithful, above there will give you a good taste to what we heard that gave us such a great impression of this band. We hope you will look favorably on this album as well. They are inspired by artists as diverse as Volbeat, Crobot, David Wilcox, System of a Down, Nirvana, Megadeth, Black Sabbath and Slayer, yet already they have forged their own unique sound.

But even if you don’t, we’d like to hear why or why not on our Twitter or Facebook feeds. If you really liked what you heard, get the album when it drops and help the guys be able to tour the States in support of the record. Ironwork gets cold in the winter after all. 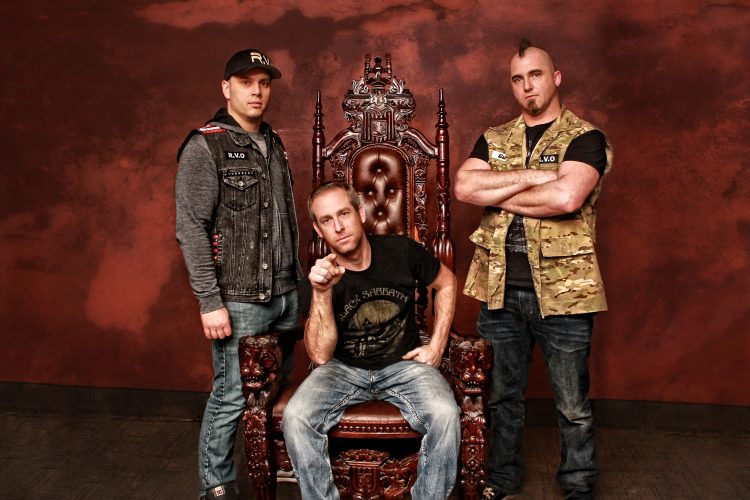