Drawing from an international group of musicians, Dorja release their first full EP, which has been a labour of love and the product of a lot of hard work and determination.

Dorja was formed back in 2016 by five in-demand musicians from England, Belgium and Kazakhstan. The band met in person for the first time last May in Los Angeles, following months of writing collaboratively in online sessions. 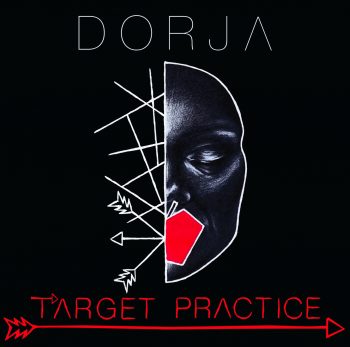 Dorja comprises of LA-based vocalist Aiym Almas, Rosie Botterill and Holly Henderson both formerly of the Sex Pissed Dolls on guitar, Bristol’s Becky Baldwin on bass who also performs with the likes of Triaxis and I-Destry and Belgian drummer Anna Mylee.

The EP starts off with the band’s first single “Fire”, which was originally released initially in June 2016. The song is an infectious rocking number which showcases the band’s all-around talent from the start. The track features some strong vocals from Almas over a solid pounding rhythm and blistering guitar.

By contrast â€œNot in Your Shadowâ€ is a much softer song, with some beautiful heartfelt lyrics which are accentuated by some stunning vocal harmonies.

â€œReaching Outâ€, is the stand-out track of the EP and is due to be the band’s next single. Before we know it the EP is over too soon, with the title track â€œTarget practiceâ€. Itâ€™s a slow-building number, featuring some great spreading guitar rhythms which head towards to a climactic ending.

Dorja’s debut EP Target Practice is worthy of adding to anyoneâ€™s collection and will be released on 31st March via all the usual outlets. Check out the bandâ€™s website or Facebook page for further details.