Strangers is the first international album from one of Japan’s most successful rock guitarists Hotei.

Hotei started out in the early 80’s as guitarist for the very successful Japanese rock group, BOÃ˜WY (pronounced Boy). Having sold approximately 60 million records in his native Japan, it’s now time for Hotei to spread his wings further afield as he unleashes Strangers upon the international music scene.

Opening Strangers, “Medusa” has a very atmospheric, almost Led Zeppelin Kashmir-esque quality to it. The track would also feel just as at home on a movie soundtrack, maybe even the next Bond theme song. “Medusa” brings us nicely on the instantly recognizable “Battle Without Honor or Humanity,” which was the title track for Quentin Tarantino’s Kill Bill.

The legendary Iggy Pop plays on two tracks on this album. His unmistakable vocals stand out on the recent single “How The Cookie Crumbles,” whereby Hotei has fused Iggy’s voice with electronic/industrial elements. Iggy also sings on “Walking Through The Night,” one of the standout tracks on the album. 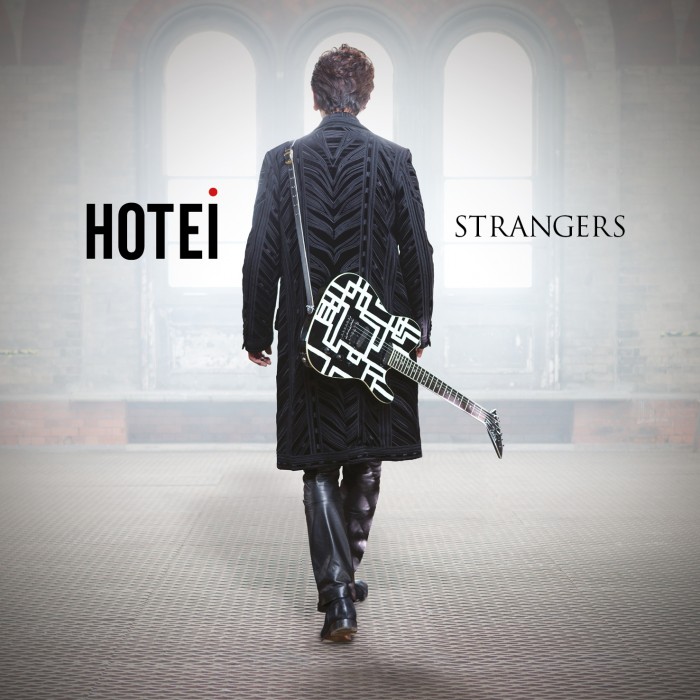 Both the title track and “Move It” featuring Richard Z. Kuspe of Rammstein fame walk us further down the industrial metal path, in the vein of Nine Inch Nails.

The sinister sounding power ballad, “Kill To Love You,” is infused with orchestral sounds and features Matt Tuck from Bullet For My Valentine. The instrumental track “Departure” shines a spotlight on Hotei’s phenomenal playing with some futuristic space age guitar the likes of which make proud Steve Vai or Joe Satriani.

Hotei is obviously an incredibly talented guitarist/musician. However, this is not just your conventional instrumental guitar album that we’ve heard time and time before. Strangers is both refreshing and exciting, the album has a rich yet diverse creative and musical landscape, as well as being packed full of guest appearances. We look forward to more of what is to come from Hotei.

Strangers is out now via Spinefarm Records. Hotei will also be playing a one-off show at the Islington Assembly Hall on October 21st featuring Gary Stringer from Reef guesting on vocals. Tickets are available here.