If you’re of a certain age, names like Eddie Van Halen, Brian May, and Jimmy Page are legends. And, let’s not forget Uli Jon Roth. 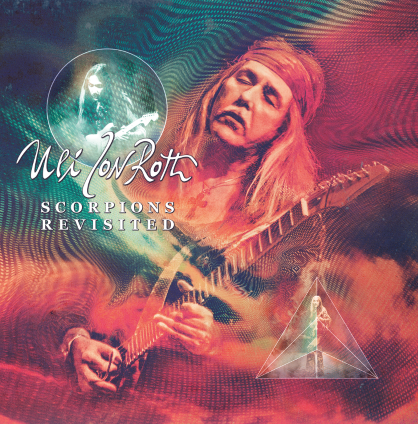 This is, by far, good enough to be a stand alone effort by Roth. For those not old enough to remember the early days of the Scorpions, this two album offering is also a good incentive to see how the sound has changed over the years. There are too many classic tracks to pick out a few specific ones to go over from Scorpions Revisited. If you are a fan of the Scorpions, Uli Jon Roth, or simply of fantastic guitar work this is definitely on your to listen list.

When asked about the album, Roth responded with this, â€œTogether with an amazing bunch of very talented young musicians, I revisited my personal favorites from the early Scorpions period, some of which were written in that same hall. It was an emotional few days and I am very pleased with the results in more ways than one. The idea was to stay truthful to the original spirit of the music, while also putting a new slant on it whenever it felt like the right thing to do. I feel we really succeeded in this and Iâ€™m very excited about this project. It was a intense journey into the past and I think we really managed to bring the songs back to life with a vengeance.â€

â€œThe material for this double CD was recorded last year in the same hall in Hanover that we used for the Scorpions rehearsals 1973-1978,â€ Roth said.

Roth is beginning his international part of the tour as far as it has been posted. If another US leg is announced, we’ll be sure to pass it on to you. Check out his recent show’s write up by National Rock Review’s own Chuck Marshall, here.