It seems that rock bands from Sweden are getting more notice in recent years. Thundermother, the Swedish all-female metal band, was formed in 2010 by guitarist, Filippa Nassil, first partner in crime in the form of Italian ex-pat and fellow guitarist, Giorgia Carteri. The duo went through a series of musicians before they found the perfect trio with the same drive and similar musical ambitions in their hearts in the form of Irish singer, Clare Cunningham, Linda Strom (bassist), and Tilda Stenqvist (drums). 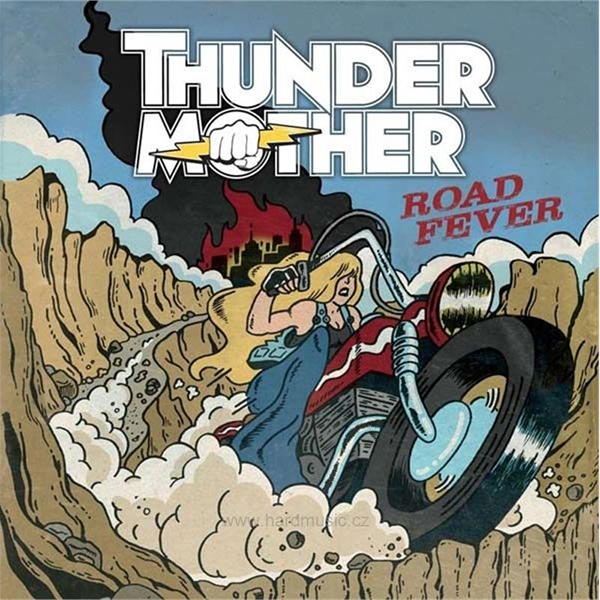 During their short time together, they toured with the likes of Motorhead, In Flames, Zakk Wylde, Danko Jones, Opeth, Airbourne, Michael Monroe and many more in both supporting roles and on festivals and cruises such as Sweden Rock, Close-Up Boat, Metaltown, Musikhjlpen (Music Aid), and others.

They released their debut album, Rock Nâ€™ Roll Disaster, in 2014 to see it climb the Swedish national charts to #2. Thundermother released their second album, Road Fever, on Depotz Records, which was recorded at Lemon Studios in Klippan in May 2015. The band tracked five songs with Martin Ekeland then headed back to Cobra Studios in Stockholm to work with main engineer, Martin Ehrencrona with Nassil producing. The vibe at Cobra fit Thundermotherâ€™s 70s and 80s hard rock and metal sound. Working with rock analog gear created an album that is nothing less than ferocious.

The album includes 10 songs and 30 minutes of unadulterated hard rock; these ladies are a fast adrenaline ride. Reference their sound to female and fronted bands, such as Girlschool, Rock Goddess, Sister Sin and Lita Ford, Doro, and Halestorm. Their single and video, â€œItâ€™s Just A Tease,â€ starts the ground shaking this album. The only slow tempo song is â€œFeel Likes Home.â€ The other songs are: â€œAlright Alright,â€ â€œDeal With The Devil,â€ â€œEnemy,â€ the anthem â€œRock N Roll Sisterhood,â€ and other songs that are consistent with the bold arraignments that hit you from start to finish.