Back and stronger than ever, Frequency 54 recorded an explosive album of heart-felt amped up energetic rock nâ€™ roll with their newest release, Reborn.

Born in 1998, Frequency 54 started out as a local band with a big arena sound. They quickly became a top drawing act in the Flint/Detroit area selling out local venues such as the Machine Shop (Flint), Mo Doggieâ€™s (Fenton), The Ritz (Warren), Blondieâ€™s (Detroit), The Bullfrog (Redford), and Hard Rock CafÃ© (Detroit).

After ten years of solidifying themselves as one of the area’s hardest working top drawing local acts, Frequency 54 decided to take their show on the road. In 2009, they began touring nationally for the next two years. During this time, they launched two singles, “Last Call” and “Ghost,” which performed well on the Billboard Mediabase charts at 79 and 88 respectively. They also tapped the young up and coming music video director, Sean Babas, to direct their video for “Last Call.” The video made a huge impact on YouTube earning them global recognition. Babas has since gone on to be a major player in the commercial, music video, and motion picture film industries.

2012 brought Frequency 54 back together with a new line-up, sounding stronger than ever. The band had gone through a few line-up changes throughout their 16-year existence with Justin Rose (lead singer) as the only remaining member from the original incarnation. The rest of this newly formed version of Frequency 54 is comprised of Chris Castro (drums, backing vocals), Dan Quinn (lead guitar), Kurt Stuart (rhythm guitar), and Bryan Kelly (bass, backing vocals).

With their classic sound intact, they have added an amped up, heavier, more aggressive sound giving them that one ingredient that had missed over these past several years. Justin and the boys are truly Reborn.

The album opens up with “Not Defend.” This is an excellent blend of their classic sound mixed with their newfound energy, although the main riff guitars are a little too soft in the mix and I would have liked to hear them bumped up just a touch. There is a fantastic sounding buzzy distortion giving an old school feel to the bite of the entire track. The Vinnie Paul tap kick drum sound (the sound of the beater on the head) is excellent. This gives the drums a great punch.

“This Way” has some excellent chord progression in the intro parts and in the chorus (the way the intro has that full-necked second guitar chord while the chorus switches it to a power chord). The guitars are softened with what sounds like a flange, or modulation, which puts them lower in the mix. This song has some very impressive riffing and dead-on timing going on during the bridge, not to mention a huge cascading drum fill to close it out. 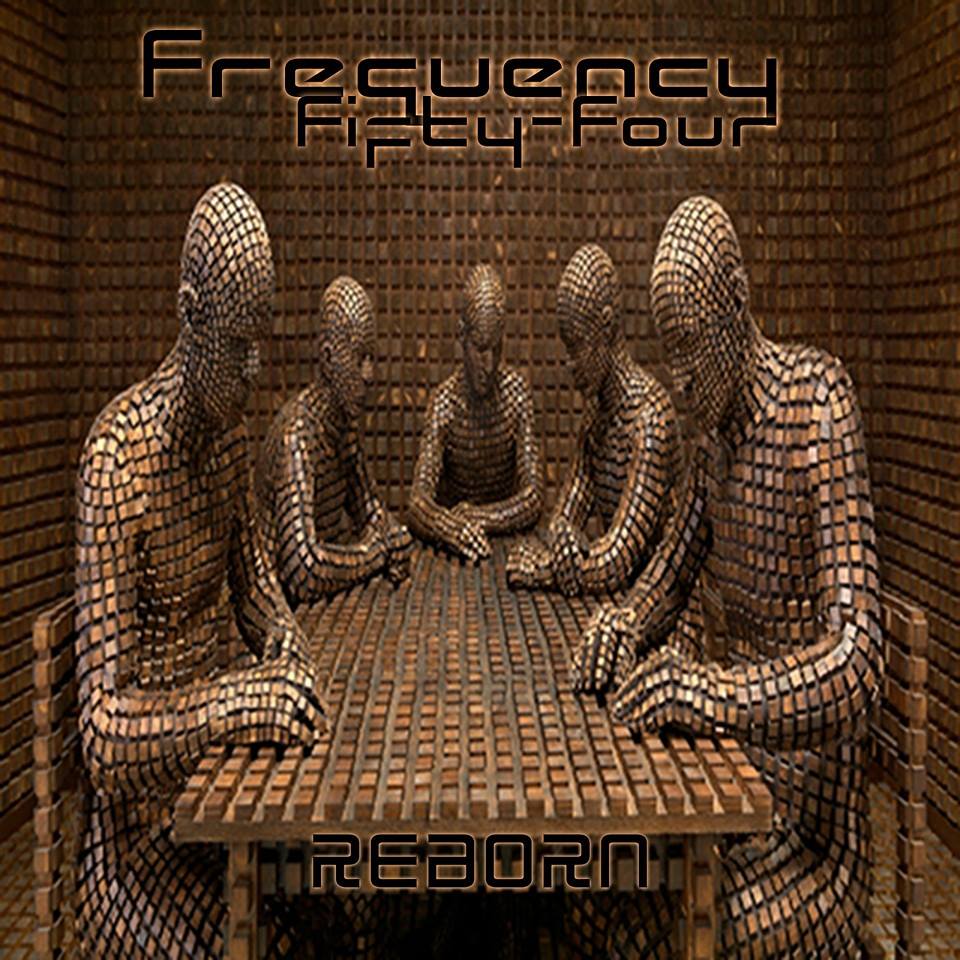 “Bleed The Shadows” has some excellent tom work during the pre-chorus, although they do seem too soft in the mix. The off-tempo high-hat during the chorus is the perfect choice for that section of the song. It really gives it locomotion. Here, Quinn starts to show us some Zakk Wylde influenced chops. Itâ€™s hard to tell if those staccato guitar breadcrumbs during the verses are played natural or created synthetically with a little digital cutting and pasting. Either way, itâ€™s got a fantastic sound.

“Consume” is huge and powerful. The chorus soars and has some nice drum fills. Justin belts out some spine-tingling guttural screams. The broken sounding repetitious riff halfway through the choruses brings a good feeling, and the bridge is just pulsating. This is, by far, the heaviest sounding and strongest track on the album.

“Donâ€™t Throw Us Away” is a slightly older song, which was brought forward for this release. It feels as though this song was mixed completely different from the rest of the record. The chorus guitars just arenâ€™t there. At the end of the verses, before the chorus, the riff comes in and chunks some power chords. This should just punch but it doesnâ€™t. The kick drum seems distant here, too, in comparison to the rest of the album. That high-midrange Vinnie Paul tap is missing, where everywhere else on the album you canâ€™t help but hear it and the volume of the kick is a bit low. I do like this song, but it feels out-of-place on this CD.

“Wanted You To Know” is a spectacular rock song that is mixed more like a singer-songwriter tune, with vocals way out in front and the instruments quieter behind Justin. Here, the marriage between guitar and bass is huge. The EQâ€™s really complement one another, where the bass ends, the guitar begins, giving it a wall of sound. The phaser on the guitar riffs during the verses gives the song a solid sound. Itâ€™s a nice effect and Dan has that Zakk Wylde harmonic wobble going again. You just wish it was louder in the mix to give it more power.

Reborn is the best album Frequency 54 has released. Listening to each song off of the album is like reading a page from one of the band memberâ€™s diary.

“Fear” is another slightly older song brought forward for this release. The drum-roll builds up to the point where Justin lets out a scream. Justin then sings, â€œSee the colors black and white, Feeling wrong although Iâ€™m right, I canâ€™t take the way you shit all over me, I donâ€™t know the way this ends, Iâ€™ve seen it over and over again, I know that I cannot be happy, Sheâ€™s in my head…â€ with such heartfelt conviction, you feel like you are right in the middle of this doomed relationship with him.

“Just Go” is a fist pumper. â€œStop talking to me like you own my every breath I take, This hate I harbor makes my blood flow and I start to shake, I donâ€™t know where I went wrong, I canâ€™t stop hating you, I canâ€™t stop living this lie even though I know that weâ€™re through, weâ€™re through, Just go, leave me all alone…â€ is sung over a rocking beat which gets my head moving and my fist pumping. The hanging snare in the verses, really helps to accentuate the punch of the kick on the downbeat and the flange arpeggio guitar behind the chorus helps give it a nice musical feel at those points.

“Addictions” has one of the best guitar and vocal melodies on the record. Very smooth and musical, and the bridge, though short, was great. The mix feels really solid here, too. The guitar and bass are well married together, giving the song â€˜fatness.â€™ The sound also has a chorusing effect on the vocal track. Itâ€™s very subtle, but gives the vocal melody a nice width during the quieter parts of the song. The excellent three-part harmony with Justin singing the high harmony and Chris and Bryan singing the low harmony is a nice added touch.

“Welcome To The Madness” has an interesting flow. It starts with a fat, heavy sludge in the intro and verses with a little fast riff breadcrumb at the end of every measure, then into a sparkling pre-chorus with some higher-end power chords and an acoustic guitar to round it out, then blasts you with a half-tempo ascending chorus. It seems like the china cymbal on the drum set hits a little hard in the mix, but overall, the song has a thick and strong sound.

The band recorded Reborn at Metro 37 Studios in Rochester Hills, MI. This record is probably one of the better recordings to emerge from this studio. This album is a great face for this studio considering the recording, mixing, and mastering are near perfect.

Reborn is the best album Frequency 54 has released. Listening to each song off of the album is like reading a page from one of the band memberâ€™s diary. They write honest lyrics that are personal to themselves while wearing their hearts on their sleeves for everyone to feel. What started out as a group of friends turning into extraordinary musicians has morphed into a group of extraordinary musicians turning into friends. Hereâ€™s to another decade of friendship.