Flashback to 1983 … Heavy metal aficionados held in their hands the first QueensrÃ¿che recording in the form of an EP. Fast forward to 2015;. Condition HÃ¼man is better than ever.

QueensrÃ¿che will release Condition HÃ¼man on October 2nd, their 15th studio recording to date. With the cleverly self-titled album QueensrÃ¿che that preceded this release, the band had just moved on from the turmoil that had hit them, with the departure of former vocalist Geoff Tate, and the introduction of current vocalist Todd La Torre.

QueensrÃ¿che found themselves faced with the immense challenge of having to please the faithful by trying to maintain the early QueensrÃ¿che sound that identified the band. At the same time, they were attempting to move away from the musical direction open new avenues for artistic growth. The self-titled album QueensrÃ¿che served as a stepping-stone to accomplishing that goal. 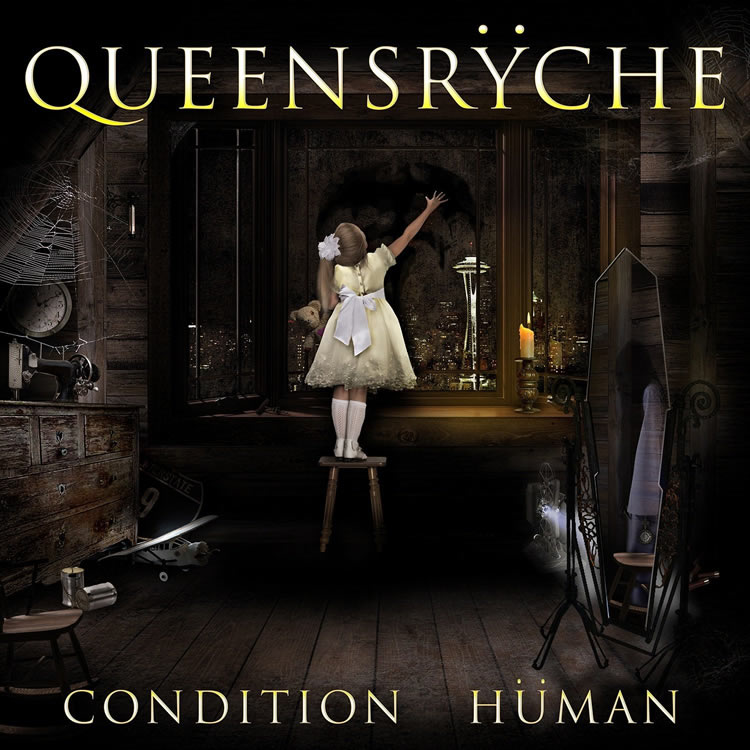 To die-hard fans of the band, this meant the album that followed would have to cement the direction. With famed producer Zeuss (Rob Zombie, Hatebreed, Sanctuary) at the helm, coupled with the cataclysmic chemistry of Todd La Torre, Michael â€˜Whipâ€™ Wilton, Parker Lundgren, Eddie Jackson, and Scott Rockenfield, Condition HÃ¼man does just that.

The album offers glimpses into the greatness of the past while forging ahead into what looks to be an exciting future. “RÃ¿chers” worldwide will welcome an identify with what Condition HÃ¼man has to offer, quickly drawing parallels between what once was, what now is, and what is yet to come, both lyrically and musically.

If you’ve followed the band from their debut release, it’s easy to draw those parallels, both lyrically and musically.

Choosing a favorite track from this album may seem like an impossible task, given the strength of the tracks on the album. Thereâ€™s “Hellfire,” “Guardian,” “Eye9,” “Condition HÃ¼man,” “All There Was,” “Selfish Lives,” which are just a few of the standouts. The list goes on. There are ballads, and there are rockers, old sounds mixed in with the new, all forming that perfect blend. It would be interesting to hear from the fans out there which of these gems you’d pick as a favorite; that’s if you could settle on just one.

It seems that Condition HÃ¼man begins where Empire left off, with La Torre’s debut, the self titled QueensrÃ¿che, bridging that gap.

From the opening track “Arrow Of Time,” to the epic closer and title track, “Condition HÃ¼man,” the band sounds alive and rejuvenated. La Torreâ€™s vocal calisthenics, Wilton and Lundgren’s soaring guitar melodies, and Jackson and Rockenfield’s driving rhythm, combined with a solid sound production, make this one of the strongest music releases of the year. Condition HÃ¼man is an album worth listening to not just once, but over and over.

QueensrÃ¿che is back and hopefully they’re here to stay!