The dÃ©but EP from Hour 24 makes a splash with a big sound, drive rhythms, and strong vocals.

Riding the edge between hard rock and metal with powerful and catchy riffs that provide a strong foundation for blazing solos and gripping vocals, Hour 24 has crafted a powerful dÃ©but release with One Step At A Time.

The voice is a magnificent instrument. However, many rock/metal bands with a female singer are either very operatic or too sickeningly pop sweet. With Hour 24, you have a strong female vocalist in Rachel Mayer that harkens back to the great female rock singers such as Ann Wilson and Pat Benetar. Her range and dynamics, combined with stellar guitar playing by Dan Quigley and Cody Sizemore, and the blistering rhythms of Max Klein (bass) and Mike Neumann (drums) make Hour 24 rise above the fray. 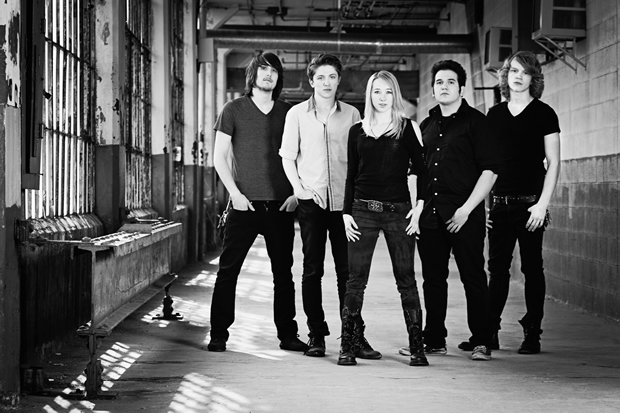 Standout tracks on One Step At A Time include the â€œStranger to Me,â€ which has speed and agility in both the guitar solos as well as the driving drums.

â€œAwakeningâ€ hints at the sound of Altered Bridge with its deep focus on melody while still keeping the song heavy.

â€œReboundâ€ offers up a fantastic rolling drum lick that is punctuated by galloping guitars.

Taking a break from the speed and intensity, â€œSolsticeâ€ is pastel painting of arpeggios and fantastic percussion punctuated by a grand chorus.

â€œThe Truthâ€ brings another highly energetic song that once again highlights the soaring vocals of Rachel Mayer and the impressive drumming of Mike Neumann. The guitar solo here is tasteful without being over the top.

Hour 24 exudes talent on One Step At A Time. This young band has a great future ahead of them as they continue to refine their song writing and stand apart from the trends by pursuing their originality.

Check out the video for “Take Me Away” from Hour 24: