A fresh new sound, while at the same time, delivering what we all love about pop-punk.

Divided Minds are back after their successful debut EP Perception with a brand new EP from the label We are Triumphant called Mood Swings and it is a masterpiece. Mood Swings is a modern-day blast from the past. Everything in this collection of songs is great, with bouncy riffs, emotionally relate-able lyrics, and powerful vocals. The four-piece band hails all the way from Phoenix, Arizona and want to continue to fuel the fire they’ve had for a while. Sean Collins (lead vocals/guitar), Joshua Peters (lead guitar/backing vocals), Deven Palay (drums), and Ethan Cain (bass/backing vocals) do a wonderful job of delivering with their six-song EP.

“Norterra Parkway” is the very first song on the EP and the band couldn’t have chosen a better song to take the listener on a journey of fun and emotion. This song is a banger with a catchy chorus that could get stuck in one’s head all day long. Lyrically, its a straightforward and fun message and sets the overall message for the album. One of the most notable tracks on the EP. 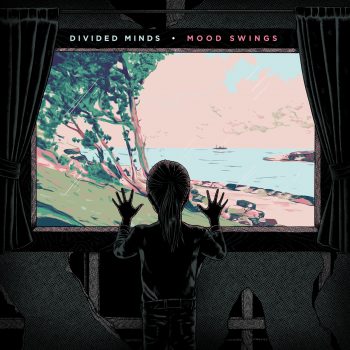 “Don’t Get Too Close” is the next track on the album, and it keeps Mood Swings’ vibe going while being quite different than most of the tracks, with a heavy breakdown mixed in with the positive and happy vibe that the song gives off. This is also the only track that featured screaming vocals which is quite unique for the band and the timing couldn’t have been more perfect as the breakdown fits the song perfectly. The song’s message is quite positive too and could help motivate someone listening to get out of their own way.

The most pop punk(ish) song on the album has to be given to the next track “Take My Hand” which is a fast-paced and fun song about the fear and wonders about falling in love. This is something that nearly everyone can relate too. Musically, it is just as amazing as the previous songs as it remains fast-paced and fun for any ears that it falls upon. This is probably one of the most relate-able tracks on the album. This song keeps the fun going.

“I Forgot You”‘ is the 4th track on the EP and while keeping the same vibe musically, this song’s message is a little bit more angry, focusing on a bad breakup or someone that did a person wrong and how leaving the past behind can be hard, but well worth it in the end. The music in this song is stellar and does a good job of keeping the emotions going while helping someone feel better about what’s in their head.

Ballads are a big part of any record, and Divided Minds deliver theirs with “Elizabeth”. This is a beautiful song that is strictly acoustic and slows things down for a bit. It’s short and sweet with just an acoustic guitar and pain filled vocals, but can uplift someone in a heartbeat. Putting this track as the 5th song was a perfect spot for the album. After 4 songs of non-stop headbanging and bouncing, it was a perfect way to slow things down. The pain can be felt in Sean’s voice.

Concluding this album was an emotional rollercoaster, Mood Swings was the most appropriate title that the guys could have chosen for the record. The final track “Life’s Overrated” is a great way to go out, as it is the best summary of the album, with once again catching every feeling and vibe that each song has. Divided Minds have delivered an instant classic and are going to do great things for the world of pop-punk.