One-time Misfits singer, Michale Graves, sheds his ghoul and shows us his softer side on his recently released Supernatural album.

Graves is most well-known as the second, and only other respectable, singer of The Misfits which was during the 1990s reincarnation of the band.

Graves had a band, called the Mopes, prior to him joining the Misfits. While his band was recording a demo, their engineer mentioned to him the Misfits were reforming and holding auditions for a new singer. This came about after Misfits bassist Jerry Only reached a settlement with Glenn Danzig and was granted the rights to record and perform using the bandâ€™s name and image. Graves got the gig shortly after trying out.

Graves sang on the American Psycho and Famous Monsters albums. He also wrote many original songs for them such as Dig Up Her Bones, Saturday Night, Fiend Club, American Psycho, Witch Hunt, Scream, The Haunting, and Fiend Without A Face. These songs are so good that they rival that of the songs written during the Danzig era.

Graves had a few projects following his time with the Misfits; Lost Boys, Graves, and Gotham Rd. While in Gotham Rd., Graves took a hiatus to join the U.S. Marines and recorded a solo album, Punk Rock Is Dead, right before his leave for the Marines. He ended up being honorably discharged, due to a back injury, and went on tour to promote Punk Rock Is Dead. This was the start of the perpetual Michale Graves recording machine that has put out fourteen releases since, including an album with lyrics written by West Memphis Three member Damien Echols.

With a career spanning nearly two decades, Graves is continuously evolving. His incredible full three-octave vocal range is instantly recognizable to his legion of fans that follow him the world over. He has recorded music within several genres ranging all the way from his classic horror-punk sound to his newest singer-songwriter classic, Supernatural.

Being billed as â€œAn eerie night of ghost stories and nightmares,â€ Supernatural gives us four brand new acoustic sing-a-longs plus seven songs taken from his Lost Skeleton Returns album, also reworked into an acoustic format. The result, you ask? A-M-A-Z-I-N-G!!!

Instead of an anthemic horror-punk rock album, Graves says the goal of the album was to create a night of haunting horror stories; to tell tales of fright and fear in a format that creates an entertaining eerie experience each time you listen to the album. Graves states, â€œThe idea of telling a series of haunted stories through Supernatural makes my heart pound. I think this will be a fright-fest of music and the combination of all that I love the most in both sides of my voice.â€

Graves has always been one of my favorite singers. He has a powerful smooth sounding voice with solid tonal quality that gets my attention every time I hear him sing! His voice undeniably rivals other great singers such as Dave Vanian, Elvis Presley, Neil Diamond, Jim Morrison, and yes, even Glenn Danzig, which is why he fit so well in the first reincarnation of The Misfits.

The songs Graves writes translate perfectly into acoustic renditions. He masterfully weaves a tapestry of a beautifully horrific journey with an eerie haunting feeling. I got chills down my spine the first time I heard this album.

Picture yourself walking through the woods. Itâ€™s the middle of the night. There is a slight chill in the air. You can see the condensation from your breath as you exhale. Although the sky is clear with the stars shinning bright, there is a low dense ground fog that envelops your feet. You come up to a bonfire. There is a small gathering of people standing around it. Amongst this group of people, you find Mr. Graves sitting on a tree stump, playing his acoustic guitar and singing these songs. The rest of them are drinking their beer and swaying to the sound of his voice. At least, thatâ€™s how I envision it!

The album opens up with a new song, Supernatural, in which Graves provides us with a wonderful acoustic guitar arrangement that holds its own against, say, Bob Dylan or Neil Young, but with a more modern flare of Ray LaMontagne or Mark Kozelek. Donâ€™t get me wrong, the voice is pure Graves; itâ€™s the style of acoustic guitar playing which reminds me of the aforementioned. 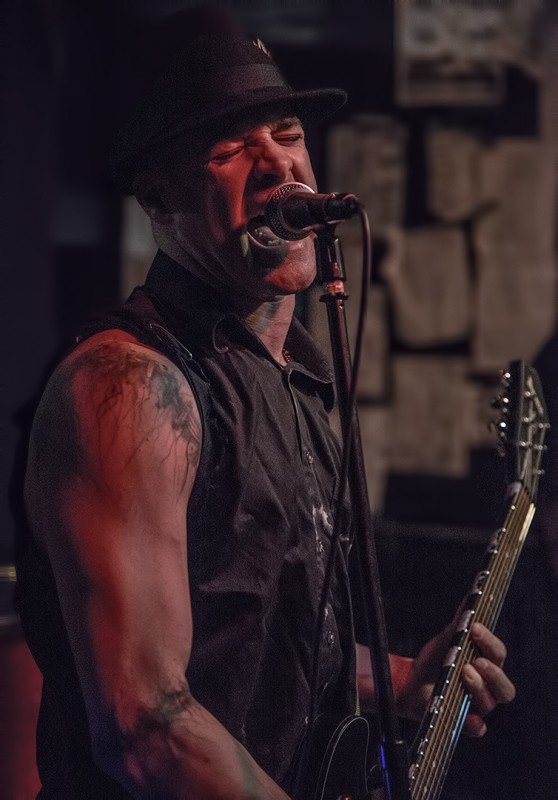 Zombie and Last Man On Earth are simply stripped down and translated to basic acoustic renditions. However, the other reworked songs sound much better than their amped up rock counterparts. Such is the case with Dawn Of The Dead, Something Wicked, Lost Skeleton, Night Of The Living Dead, and Forbidden Planet.

The way he belts out â€œWe are the end, of the world, good night, farewellâ€ on Dawn Of The Dead has this chilling swagger to it as if the end really is here. The hair on the back of my neck stands every time I hear this chorus.

Graves adds a little bit of a rockabilly flare to his voice on Something Wicked with an almost bluegrass sounding guitar accompaniment.

His voice is as strong on this rendition of Lost Skeleton and, although itâ€™s acoustic, the song is as powerful sounding as the original, if not better!

Graves rocks out the acoustic guitar on Night Of The Living Dead while Forbidden Planet has a bluesy feel to it.

Half Human, Ghost, and Straight Jacket are the other new songs on this album.

On Half Human, Graves Mesmerized me with his voice. I found myself getting lost in the song. For some reason, the beginning guitar arrangement slightly reminded me of Fade Into You by Mazzy Star, which is another great song to get lost to!

Graves and writer/director Mark Allen Stuart (CEO of Hydraulic Entertainment) have put together a short film based around the Half Human song. They filmed it on location at the Haddonfield Hospital. Yes, the same hospital used in the Michale Myers slasher film, Halloween. The film stars Graves and ‘Paranormal Investigator to the Stars’ Hector Greencorn (known for his award-winning radio program ‘The Supernatural Experience with Hector Greencorn’) which, their bio says, is highlighted by a frightening true story.

Ghost is probably Graves at his mellowest, but with haunting lyrics like â€œWhen I found out the truth I turned white as a ghost,â€ it keeps up with the theme on the record.

On the album closer, Straight Jacket, Graves puts his acoustic guitar aside and moves to the piano giving us the most chilling, and my personal favorite, song on the album. Forget Billy Joel, Graves is my new favorite piano man!

All in all, Supernatural is the perfect platform for allowing Graves to really set the mood with his haunting lyrics and eerie melodies. His voice is pitch perfect and his guitar playing mesmerizing. I will gladly get lost in this album over and over again awaiting Gravesâ€™s next slab of ghoulish tunes.

Supernatural is available at Amazon: 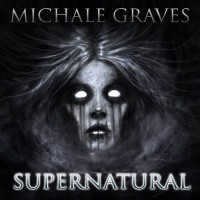