Ever since hearing the first single from TheÂ Blues PillsÂ new album, we’ve been looking forward to getting our hands on the band’s latest record here at NRR HQ.

The Blues Pills sophomore album,Â Lady in Gold, took two years to produceÂ and was recorded duringÂ breaks in their extensive touring schedule. For this record, the band was given complete artistic control by their label allowing them to flex their creative muscles so to speak. 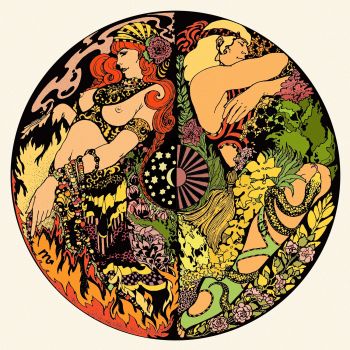 The Blues Pills have a sound which is firmly rooted in the golden age of rock n’ roll, and their sound has somewhat matured musically since their debut album. With this record, the band has brought together their soulful and psychedelic influences to produce a unique, classic rock inspired sound.

The question poised on everyone’s lips is, does Lady In Gold live up to our expectations? The answer is an overwhelming yes. From the opening bars of the title track, The Blues Pills grab your attention with their infectious, catchy, almost euphoric retro inspired groove.

The hard rocking “Little Boy Preacher” is darker and edgier than the opening number, and has exceptional production value. Accompanying lead vocalist Elin Larsson is an almost soul/gospel choir who feature prominently throughout the record.

As the album ebbs and flows, it feels as if the band is taking you on an emotional roller coaster ride. “Burned Out” has more of a psychedelic, trippy feel to it, whereas the heartfelt “I Felt A Change” slows down the proceedings and highlights Larsson’s incredible vocal range. The band then seamlessly flows into “Gone So Long,” which starts with the driving rhythm of Zack Anderson (bass) and AndrÃ© KvarnstrÃ¶m (drums).Â The track builds as the rhythm section pick up the pace, and guitaristÂ Dorian Sorriaux unleashes some scorching fuzz-fueled guitar licks.

The Blues Pills fuse their funkier, soulful side with their psychedelicÂ groove, and the result is “You Gotta Try.” The album peaks with “Won’t Go Back,” which is one of the standout tracks on the record, and could well be a future album single.

Much like the band’s debut album, whereby they recorded a version of Chubby Checker’s “Gypsy,” The Blues PillsÂ grappleÂ with a cover version on this record as well. This time, the band put their stamp on Tony Joe White’s “Elements and Things,” which brings the album to a close, with an excellent up-tempo rendition of the number.

It’s often said that the second album is the hardest for any band; somebody, pleaseÂ tell that to The Blues Pills. The band has come out sounding stronger than ever before. 2016 could well be the year of The Blues Pills.

Lady In Gold will be released on August 05 via Nuclear Blast Records.