Obscure Oracle has melted their foundation into true Thrash Metal. The EP is available on their band camp page, linked below. $4 will get you four songs. Not too shabby for music. The album was recorded in Austin, Texas and man, does it bring the power of traditional Thrash. Mixed and mastered by David Donnelly and Rob Hinton.

â€œFear Among The Weakâ€ is the first track, and what really sets this album apart from most is the unsuspecting vocals from singer Bartholomeo. Itâ€™s different, and really makes the difference of most speed metal songs. What stood out most was the drumming. Most of the time, drummers are not credited for the talent they hold. While it seems the cymbal crashes are overkill really it just enhances the track. 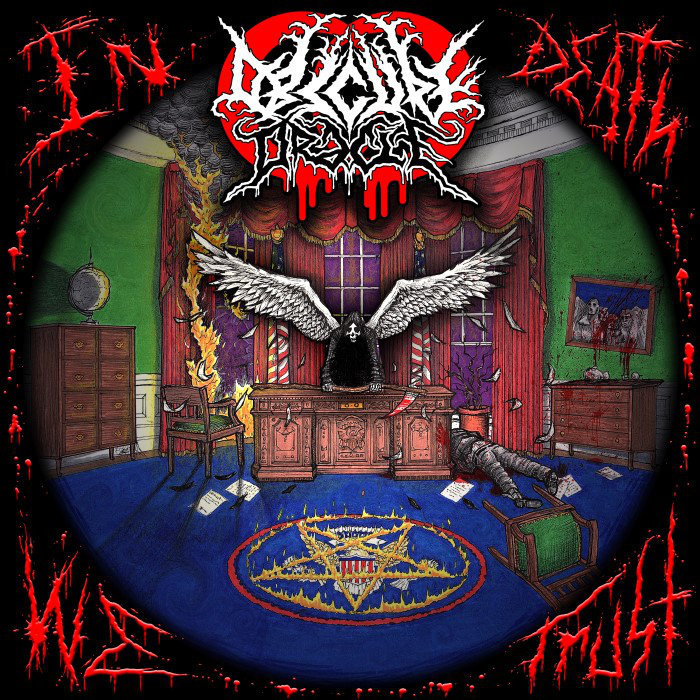 â€œWastedâ€ is a groovy swing riff, these are always good for metal songs. A very driving song, and will be great playedÂ live. Circle pits here we come! There is a break, one that I have been craving to hear, a little relief from the full-on madness since the first track. It sounds like a signature change with a much-needed solo. Very driving track, and itâ€™s awesome.

â€œAll That Is Not Lostâ€ is a fun track, one to just blast pure chaos with. The beginning is an almost perfect riff, then launching into a slayer-like sound (I hate comparing, but itâ€™s the only way to describe this sound.) This has to be one of my favorites off this EP.

â€œPray For Nothingâ€ the longest track on the EP but a good ending. It highlights all the talent these guys hold. Iâ€™m still pretty floored by the cleanliness of the track. I can decipher chord and beat without all the distortion.
In Death We Trust is worth every penny if youâ€™re a thrash fan. You can listen to it on their BandCamp site and purchase from amazon and iTunes. Let us know what you think, and Be sure to support local metal music.