It has been just two years since Rival Sons last graced us with their hugely impressive Great Western Valkyrie album. Since then, the band has been touring both on their own, and supporting several of rocks greats such as Deep Purple, AC/DC, Lenny Kravitz, and the mighty Black Sabbath on their The End World Tour.

Recorded over a few weeks in October 2015, again teaming up with award-winning producer Dave Cobb in Nashville, Tennessee, Rival Sons created their fifth studio album, Hollow Bones. This is the verdict. 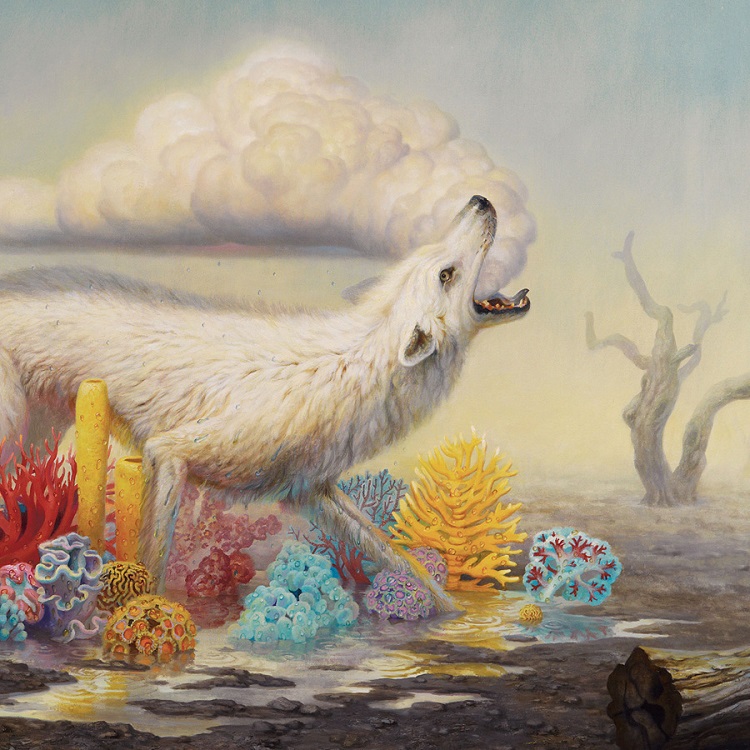 The record kicks off with album title opener and first single, “Hollow Bones Pt.1.” There is a darker, deeper and heavier vibe about this album. Scott Holiday shines here with chunky, fuzzy riffs. The drums of Michael Miley along with Dave Beste’s bass are prominent, and the vocals from Jay Buchanan have never sounded as strong, soulful, and with that slight hint of fragility that keeps the listener on edge throughout this album. It’s a fantastic opener which sets up the album perfectly. Jay screams “whoooah,” which should be sung out by the fans if played at future Rival Sons shows.

“Thundering Voices” graces with more frantic fuzzy guitar riffs from Holiday that is contagiously catchy. The song has a quieter, enchanting, almost spiritual feeling to the chorus, which let’s rip into heavier sounding verses and a fantastic guitar solo.

“Baby Boy” is a hard sounding rocker with another huge chorus. Lyrics like, “Here comes a baby boy with a gun in his hand,” opening up to some punchy Scott Holiday guitar playing and a huge drum presence, this track has future classic written all over it

In fact, all the way through this album, band members each features prominently except for the few quieter moments. Much of the album is drum and bass driven, accentuated by Holiday providing a sleek and intricate guitar sound contrasted by his more prevelent signature driving guitar work with his trademark fuzz tones. Buchanan provides soulful and heartfelt vocals, and screams and wails that make the hairs stand up on the back of your neck. It is immense.

“Pretty Face” is another classic-sounding and catchy rock track. It is perhaps the most upbeat and lively song on the album, with fantastic riffs and an infectious chorus that you will roll around in your brain throughout the day. Reminiscent of classic Thin Lizzy, “Pretty Face” could easily become a fan favourite. It is a strong contender for a possible future single release.

“Fade Out” is blues-fuelled classic rock that is haunting and epic in sound. Gentle verses lead to a slightly heavier bridge and chorus as Buchanan screams beautifully with a rawness, power, passion and emotion, backed up with masterful guitar playing by Holiday. An amazing extended guitar solo plays out the last third of the song with the crashing of Miley’s drums in unison with Beste’s powerful bass tones.

Rival Sons previous Record Store Day release, a cover of Humble Pie’s version of “Black Coffee,” does make an appearance on this album. The song does indeed fit and belongs here. With a bluesy, soulful, gospel sound, and Buchanan’s raw and so soulful vocal performance, it matches everything about Hollow Bones and then some.

Undoubtedly the biggest track is “Hollow Bones Pt. 2.” This track is as epic as “Manifest Destiny Pt. 1” and “Destination On Course” from previous albums, Head Down and Great Western Valkyrie respectively. The track feels like it could be Rival Sons biggest masterpiece to date. The aggressive character of the music accentuates the lyrics which appear question Human Condition, respect for others, and spirituality in a multicultural manner.

Holiday’s guitar feels like it could vibrate through you, resonating while cracking your ribs at the same time. Jay Buchanan’s vocals are mesmerising, haunting, and stunning. Like “Hollow Bones Pt. 1,” fans will enjoy singing along to its sequel.

Hollow Bones finishes with probably their most beautiful, emotional, and even tear-evoking song to date. “All That I Want” has soft, mellow guitar with just a couple of strings here and there and Buchanan’s haunting voice most prominent. The song builds beautifully as it goes on, with more orchestral string instruments added and drums/percussion coming in towards the end in an emotional plateau. It is the perfect way to end Hollow Bones.

Over the years, Rival Sons have been maturing with their sound, and upping their game. It has taken an EP and four previous studio albums to get to this point. But, with Hollow Bones, the band appears to have grown and shaped into sophisticated rockers we all know and love.

Rival Sons has been compared to many classic bands from the 60s and 70s era, but there is no denying the band has developed a distinct musical style with their soulful sound, fuzzy guitar tone, and a modern psychedelic groove. Hollow Bones could be the best rock n’ roll album for a long time to come, and a certain classic in the future. Long live rock and roll. Long live Rival Sons.

Hollow Bones is released on June 10 through Earache Records. 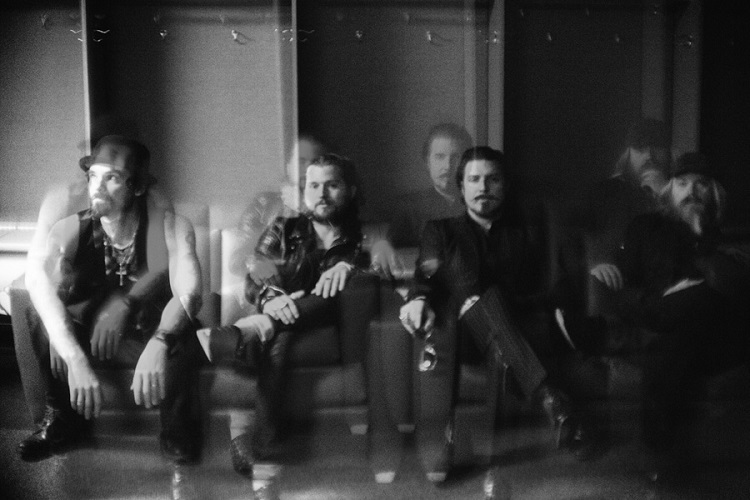