Ghost Riding, the second album by RNDM, is scheduled for release via Dine Alone Records on March 04.

Electronic sounds open the album on the first track, “Stumbling Down.” Immediately, it evokes sounds and images of British indie bands from the nineties. The sound builds and grows the more the track plays, with prominent drumming and some clever percussion.

“Comfortable” has a more progressive and alternative; feel very reminiscent of David Bowie. There are some nice guitar elements with the groove and bass subtly making the song flow and move along smoothly.

Title track “Ghost Riding” is just fantastic. It has a slightly slower dragged tempo, with slick orchestral strings in the background and a dreamy ambient atmosphere. The song builds in multiple layers with layered vocals throughout most of the track. It also br 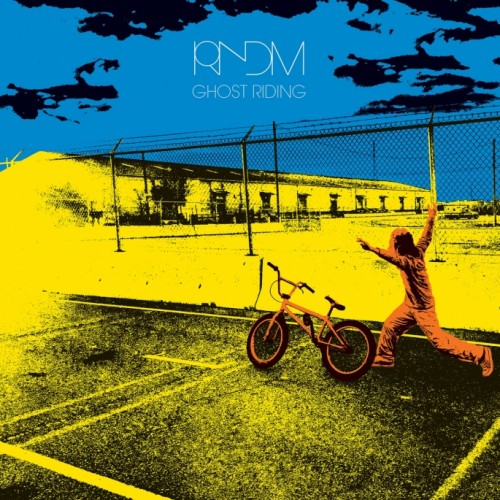 ings back many childhood memories; many will relate to lyrics such as “We’re still young,” if only we still had our BMX bikes!

“Stray” is another mid-tempo rocker sounding like Bowie crossed with U2 featuring some acoustic guitar thrown into the mix.

“Stronger Man” is a Blues ballad with beautiful piano and strings with some blues guitar and female backing vocals. There is a lot of emotion and feeling, reminiscent of Pink Floyd.

“Trouble” hooks you in from the start with its ambient verses and catchy bridge; it is contagious. Again the song builds and grows as it moves along with more musical elements added. There is less of an electronic feel with more bass and some fine percussion elements.

The prominent funky bass and guitar licks accompanied by city sounds and sirens wailing adorn “NYC Freaks” before treating us to the beautiful “Kingdom In the Sky.” The track is a slow-paced catchy rocker with hooks, simple beats, and lyrics that blend perfectly with acoustic and electric guitar, keyboard, and percussion.

The final track, “Dream Your Life Away,” is an ambient, slow paced progressive/alternative track. Again, it feels like Pink Floyd crossed with Bowie. There are a lot of elements that build as the song flows along and is one of the busiest tracks on Ghost Riding. The piano intro is just brilliant.

In a nutshell, Ghost Riding does not fit just one genre of music. There are alternative, progressive, blues, indie, funk, and industrial elements, yet it still flows effortlessly as it moves along with a solid rock base. Simple and effective grooves and tones are found throughout, richly layered with great depth, character, ambience, and atmosphere. The album is infectious and just damn enjoyable!