Dismemberment conjure burnt and blackened thrash racing at light speed toward the infinite void on their new release Embrace The Dark.

Dismemberment is a 4-piece band from Ohio who has created a smoldering masterpiece of metal with their new album, Embrace The Dark. The compositions found on the album embrace death with somewhat of a black metal feel. There is a harkening back to the dawn of thrash and death metal in both the production and in the song writing. You will hear the “Influence of Witchery,” “Dissection,” “Enthroned,” and “Immortal.” However, the band delivers their own invigorating tone to provide the listeners with an epic metal experience. 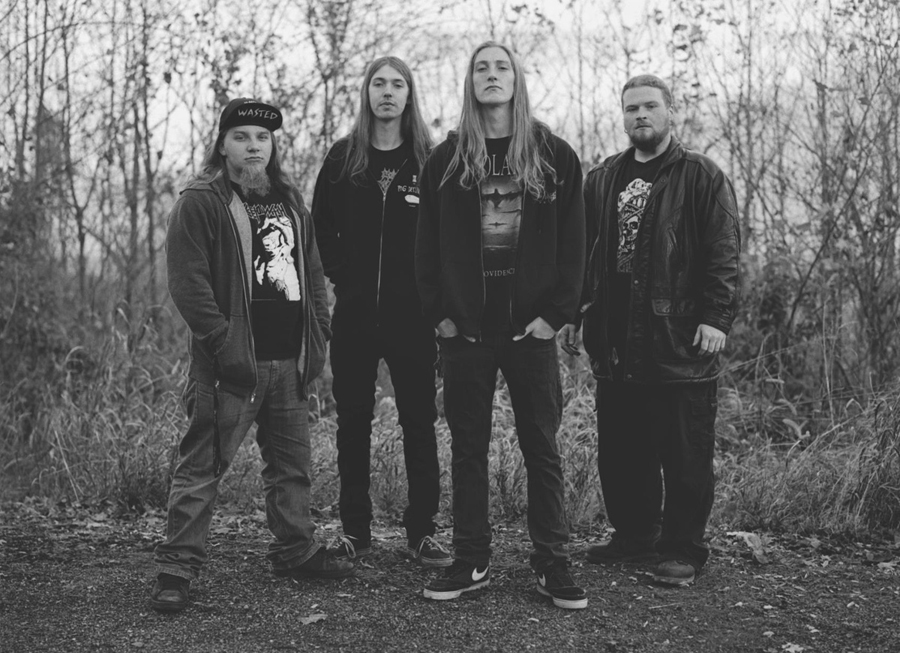 Opening with â€œConfess Your Fleshâ€ the menacing chord progressions set the tone of Embrace The Dark as the song races from shadow to shadow. The lyrical theme hints at addiction veiled in possession. â€œArchaic Wisdomâ€ has a great single note intro with matching blasts from the drums and bass. The drums are somewhat subdued in the mix, but you can hear the furious rolls and splashing of cymbals. You can imagine as the song unfolds, a brooding darkness deep within a Carpathian forest that seeks the unwitting.

â€œLabyrinthâ€ includes some fantastically sinister riffs, which build up into an anthem. There is little point in resisting the urge to bang your head through out the entire song. Embrace The Dark closes out with two more great songs. â€œMonolithic Impurityâ€ rages with blast beats of fury and riffs that summon the dead with their chromatic chaos. The final song, â€œBorn To Consumeâ€ had fans thinking of â€œMasked Jackalâ€ by Coroner. The themes of deception by evil matched withÂ riffs that march the listener through a story of doom.Â It is also a great way to wrap up what should be a metal classic by Dismemberment and leave you wanting to hear more.