After all these years Breaking Benjamin has become a genre of their own. Ben Burnley needs to take pride in the fact he has created what he set out to do. Giving souls a reason to feel and connect with his music. The new album Dark Before Dawn means another perfect segment of Breaking Benjamin. If youâ€™re a Ben-head from way back when, or a newer member of the BB family, this album will beÂ what every fan has waited for since, The Best Ofâ€¦

â€œFailureâ€
Breaking Benjamin has a unique quality when it comes to their sound. Opening sequences with a traditional chord then followed by a blasting distorted pedal. Burnley is known for this being a staple for their sound. This type of transition allows the listener to grasp and fully submerge in the complete feeling of the song. The tempo is slower in this song but more to prepare you for whatâ€™s coming next.

There is always an anthem in every Breaking Benjamin album, where the listener gains strength from the music. In saturate, â€œShallow Bay.â€ In Phobia, â€œUnknown Solider.â€ In We Are Not Alone, â€œBreakdown.â€ In Dear Agony, â€œI will Not Bow.â€ â€œFailureâ€ is leading the pack for this album.

Burnleyâ€™s growl is a force to be reckoned with, sending chills down your spine.

â€œBreaking the Silenceâ€
With the sound technology available today, artists are taking advantage of the possibilities and this song takes on the characteristics of that. Burnleyâ€™s voice peaks at the top of this track, and damn, itâ€™s fucking incredible.

The major chord takes the stance here vocally, but the instruments still take on the darker sound. The awesome thing about Breaking Benjamin is they take on the sound and color essence. You can feel the color of the albums, transition to meet the color in the sound. Definitely a standout track, and familiar as well.

â€œAngelâ€™s Fallâ€
Chord progression takes you for a ride on this track. Burnleyâ€™s voice is a smooth lullaby. Youâ€™ll find yourself singing this song all day. The quick jump in high/low tones feels next to perfect, another Breaking Benjamin sound staple.

â€œHollowâ€
A slower track which builds this wall allowing the listener to feel the song’sÂ vulnerability. â€œLove left me hollowâ€¦â€ Most of us can truly relate to this. The melody in this track flows into a guitar solo, something slightly newer for Breaking Benjamin but a well-received sound.

â€œClose to Heavenâ€
The newer thing about this album is Burnleyâ€™s voice having a newer sound, not sure if itâ€™s the auto-tune. Having heard them live Burnley has control over his vocals. So itâ€™s an interesting concept. This is one is Â a darker but vivid song. The new line-up in this band is incredible, the sound chemistry is definitely there.

â€œBury Me Aliveâ€
Staccato chords make this song empowering. Itâ€™s creepy and lots of fun, playful to the listenerâ€™s ears. Burnleyâ€™s growl is a force to be reckoned with, sending chills down your spine. â€œSuffocate inside, I will break and watch you crawl, Bury me alive!â€

â€œNever Againâ€
Music flowing from one ear to the next, find yourself a good pair of headphones when listening. Nothing is predictable about this song and it keeps you on your toes. The melody in is a major chord, this will be an awesome song to hear live.

You can feel the color of the albums, transition to meet the color in the sound.

â€œThe Great Divideâ€
â€œSo Iâ€™ll wait for you, as I keep your faith alive, and Iâ€™ll pray for you, as we cross the great divide.â€ This song is hands down beautiful. It willÂ be interpreted many ways and will reach out to a lot of fans. 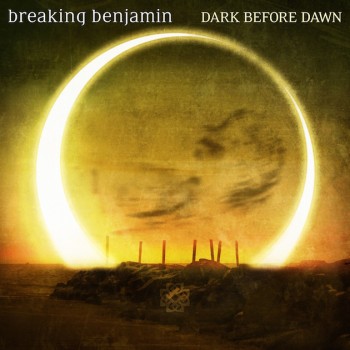 â€œAshes of Edenâ€
The soft intro is a good break through the album. The song makes you sit back and take it all in. The violins lull you through this track. Foistâ€™s rhythm pulls the track together, drummers are the glue. The breakdown shows the heart and talent of the guys. Every musician knows, you canâ€™t play it fast if you canâ€™t play it slow.

â€œDefeatedâ€
This single is a catchy one, found myself singing this often. On first listen to this song youâ€™re taken by the slight push in Burnleyâ€™s voice, a little higher than his normal, but it reciprocates in the track. The lyrics on this song are still to be determined. Fans will need a clarification, is it Breath or Prayer? Iâ€™ll go with Prayer.

â€œDawnâ€
Yes, an outro. As more press about the album is released,Â the more fans will know more about the intro and outro. See with phobia, we areÂ introduced to Burnleyâ€™s demons and fears, later down the road we will see the same with this album. The saying â€œeverything getâ€™s better.â€ is felt in this track. With every Breaking Benjamin record you grow stronger as an individual. Itâ€™ll be exciting to have this album on repeat for the summer.

Be sure to keep up with their websiteÂ for tour dates, and check out National Rock Review for concert coverage from all over the nation.