Mono In Stereo are not just a band but a family of blood brothers that bring out the true sound of the heartland: melding the seemingly disparate influences of Springsteen, ’80s hardcore, alt country, and classic mid-western punk. We’re talking sincere songwriting, no-nonsense rocking tunes, and choruses that practically explode out of your earbuds. While in many ways similar to more recent bands like the Menzingers, Off With Their Heads, and The Hold Steady, Mono In Stereo owes just as much to the mid-western legacy of Husker Du, The Replacements, Naked Raygun and Pegboy. Avoiding the so-called ‘sophomore slump’, Can’t Stop the Bleeding is a keeper with 5 stand-out tracks.

“The Conversation” has great guitar tone, which is nice and crisp and easily picked out of the mix. The drums seem a little quiet, though, but has good balance between all of the instrument’s parts; no drowning in cymbal wash or overly boomy tone.

“Different Kind of Man” is a definite stand-out and easily the band’s best song to date. It’s a great bouncy rock tune with a great momentum building start to it and wonderful pitch control from the singer. The church organ is a fun addition to the background helping the song soar. The drums are a bit more present this time around, which is good to hear. This song has a fun breakdown with a hanging snare that feels bright and hoppy, and when the guitar and keys both come back in, one can’t help but find themselves smiling and bobbing their head!

“Not Your Fault” has an intro, reminiscent of ELO, with a cool sounding radio filter. The verses sound really good with the doubled vocals and gives it a faint chorus-pedal feel to it. We also have more of a retro power pop feel, bringing up memories of Tommy Tutone or The Plimsouls.

“Fores” comes roaring in like a lion! Great tone, awesome riff, and wonderful vocals. Paying homage to their earlier Mulligan Stu days, the singer has a good grip on his vocal gravel, and pulls if off without sounding like he’s pushing too hard or falling off pitch. The song has a great uptempo feel, and after the first chorus it goes into a little bit of a breakdown where the bass player hits some nice clean high notes which gives the song a beautiful retro feel.

“Can’t Stop the Bleeding” is a melodic anthem in which the vocalist really comes alive. The song has a driving force to it reminiscent of early Against Me! There is a really cool sounding rhythm accompaniment. Even though it’s not overly complicated, it sounds good and has really good locomotion to it. The vocalist stays on pitch, has lots of strength, and good roughness with an excellent vocal chorus accompaniment.

This record has excellent song writing. The songs are easily grabbed onto, have decent locomotion, good and interesting changes, and float levels above the cookie-cutter waters. The lead guitarist shows lots of range with each song sounding different from the other. The drummer has good chops, with a few nicely placed fills here and there, and kept a very good meter. The bass player had a few bright moments. He experimented some, doing it well, and made good additions to the compositions. The rhythm guitarist frequently set the stage for an amazing adventure, which he did right from the beginning, and his tone sounded good, bright and thick. The vocalist has lots of talent and writes good chord progressions to accompany his bandmates. His pitch is on key, sounds pleasant and he knows when to dirty it up!

Can’t Stop the Bleeding has equal parts anthems, ballads, and straight-ahead rockers, pulling from a lifetime of musical influences that come together in a fully identifiable way.

Demonstrating that loud guitars and big hooks still have a place in mature rock n’ roll, Mono In Stereo piled into the basement… literally. With a case of cold ones, notebook pages sprawled out with lyrics and images of times long past, hooks, choruses, guitars, bass and drums, and cranked out the next chapter in their heart-felt, heartland punk legacy. Including the gut-wrenching fist raising, sing-a-long choruses of “Different Kind Of Man”, mid-western angst and youthful aggression in “Fores”, and the lead guitar breakdown that’ll be stuck in your head with the first single “The Conversation”, Mono In Stereo have delivered a 5 Pack EP filled top to bottom with anthems for a new today. If you liked what you heard, head on over to Rum Bar Records and order a copy of the band’s new record here! 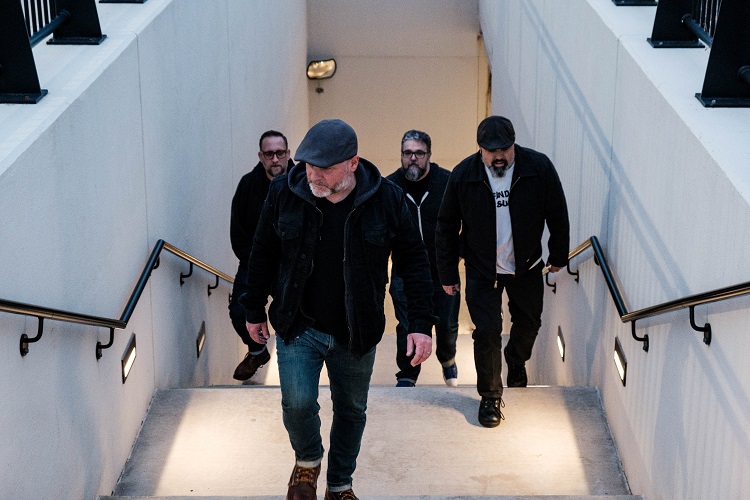