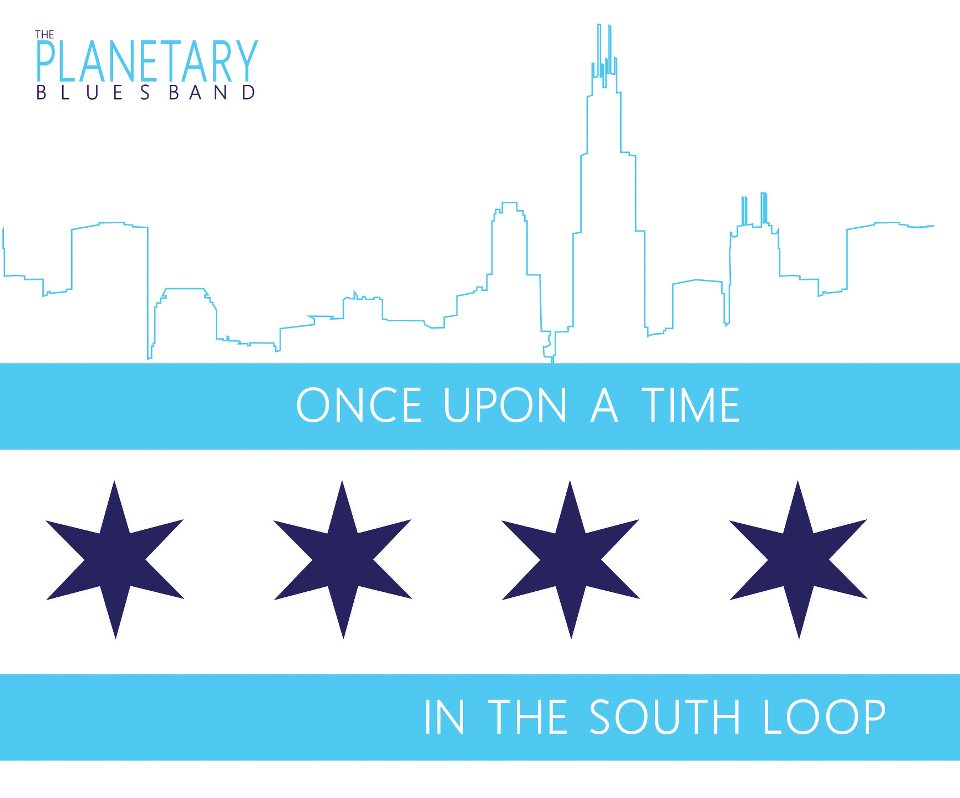 The Planetary Blues Band, hailing from the Midwest United States, is a blues rock mix of energy and emotion. The band consists of three brothers, Martin (guitar and vocals), Michael (guitar and vocals), and Bobby (bass) Schaefer-Murray, and their longtime friend, Nick Evans (drums). The quartet formed in 1999 in Valparaiso, Indiana, and have played regional bars and festivals since.

In June of 2013, PBB released their fifth release entitled, Once Upon A Time In The South Loop. The album was self-released, and according to their bio, the album was self-recorded and self-produced. Although modern technology has made DIY recording and producing more affordable it is still risky for a band to take on such a task.

The album opens with See That My Grave Is Kept Clean. This is a new arrangement of a track by the legendary Blind Lemon Jefferson, also known as the Father of Texas Blues. The PBB version is an upbeat rock song, and a worthy tribute to the original. The song has a great hook that makes it hard not to tap your foot to it.

The Thorns Will Show You is the second track on the album. At first I wasn’t sure if I would like this song, but then I heard the solo. This tune rocks out with some great guitar solo work full of feeling! While the main rhythm line could be more interesting, The vocals are good and the solo is well worth playing several times over.

This Precious Existence is a slow dance blues rock ballad. The lyrics suggest we make the most of what we have. While it is a bit slow for my taste, the guitar work is good and the message upbeat. Also, another song worth listening to just for the guitar solo.

That’s No Way To Get Along is reminiscent of a gospel song. It has a rockabilly feel to it with a walking base line and driving snare beat that builds throughout the song to make it infectious. This song is a cover of a well-known track by the Rev. Robert Wilkins.

This is possibly my favorite track on the album. I think of sitting in a lively church revival in a tent on a summer day clapping along with the band. The lyrics are not really church material, though they do speak of a prodigal son returning home to his mother after a rough time with women.

The fifth track is Sacred and Profane Blues. This song is blues rock in its truest form. Great guitar work and a solid rhythm line make this song another solid album hit. Listing to the lead guitar, I hear a Stevie Ray Vaughn or Gary Moore style; the guitars really jam on this track.

Blues Resurrection is another great guitar driven jam. I think the song describes itself best… “I don’t know if the Blues is alive, I just know it won’t let me be.” The song has dirty and sleazy written all over it. The rhythm lines strut along unshamefully as the guitar drips emotion all over. I can see a dark smokey club with the lights harsh upon the stage. The band, sweat rolling down there faces, oblivious of their audience, playing for all it’s worth.

Crazy Cryin’ Blues is a cover of a Memphis Minnie song. Memphis Minnie was a female artist, popular in the 1930s and 1940s, playing blues which was a genre dominated by men. The PBB version is reminiscent of the 60s jam band sound, with a solid beat and hook.

In A Blue Study is another favorite of mine. The song has a folk blues feel to it. It is gentle and upbeat, and appears to tell the story of a man who gets into trouble for going against the grain. I have to say, I like this song so much that I listened to it over and over.

When I Say I Love You is another classic blues jam. Listening to this song reminds me of Stormy Monday by T-Bone Walker. It has a slow steady progression, which is accentuated with drums and guitars.

The Shillelagh closes the album, and is a fun, upbeat 60s style instrumental jam. This is a great track to close the album on. There is some interesting guitar work, a solid beat, and an interesting base line.

Overall, I enjoyed Once Upon A Time In The South Loop. For a self-produced album, the quality is good. The guitars sound bright and the drums crisp. I think the bass could have been clearer. It is buried back in the mix and would have sounded stronger had it been brought forward. Being a traditional bass-tone made it hard to pick out at times.

If you are into the blues-rock, jam band sound, you will like this album. Even if you are not a blues fan, several of the tracks on this album, such as In A Blue Study or The Shillelagh are fun and upbeat, and warrant giving it a listen.

As for the Planetary Blues Band, I think they do well in carrying on the blues heritage in this modern-day. Someday, I need to catch them live and experience their vibe first hand. In the mean time, I will look for their earlier releases and eagerly await the next. 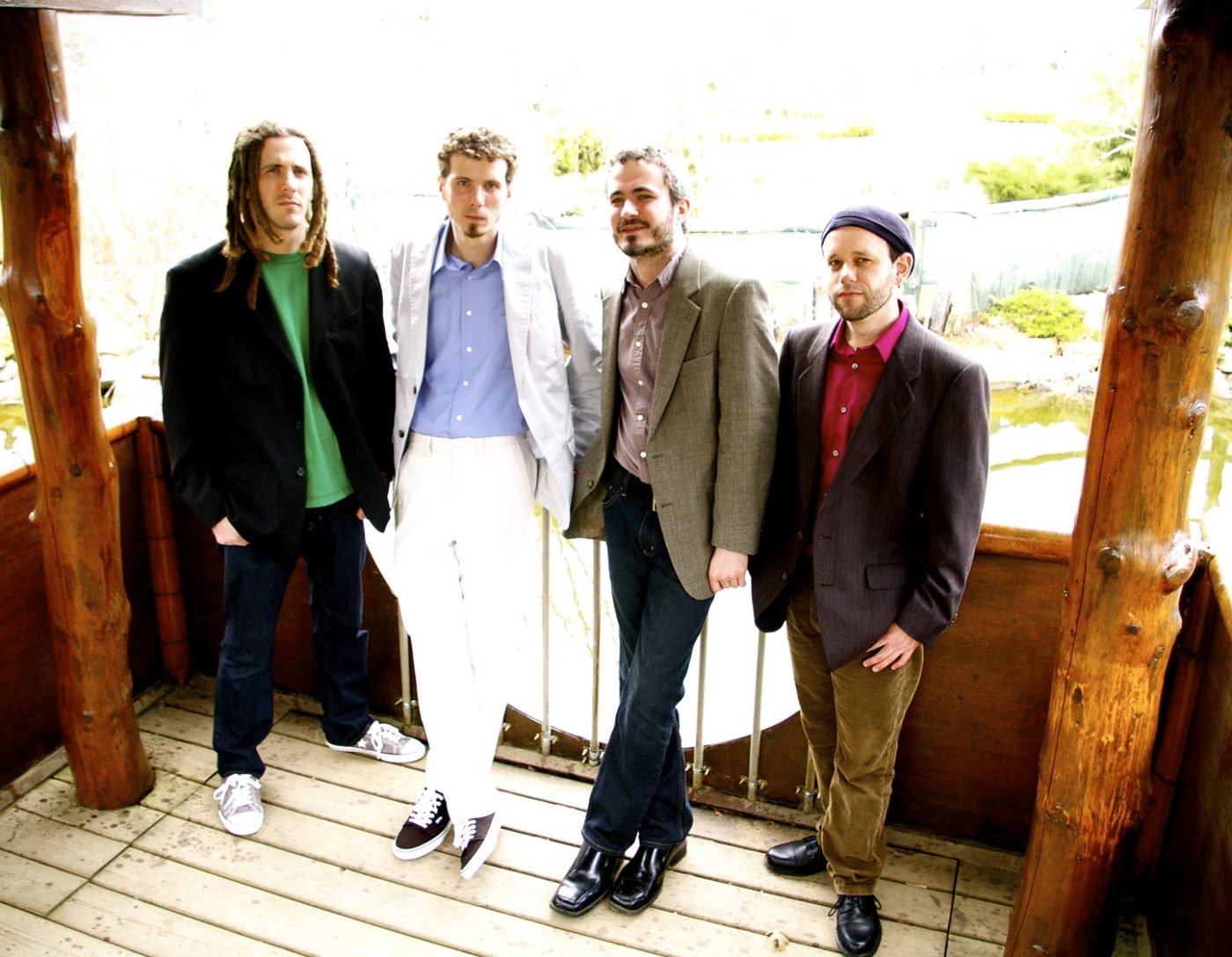