Early in the Red Light Saints new EP, The Legend of Jasper Pipestone, they sing, “It’s nice to meet you.” As a matter of fact, yes it is!

This, being my introduction to the band, is a well crafted modern-edged hard rock album. Their sound is in the same vein as as Cavo, Rev Theory, Crossfade, or Shinedown.

Since forming in 2010, Red Light Saints have become one of the Midwest’s most exciting modern rock groups. They have performed alongside many national acts, including Saving Abel, Buckcherry, Sick Puppies, Soil, Gilby Clarke, Kip Winger, John Corabi, Pop Evil, and Ed Kowalczyk.  Currently they are out on their second US tour with Faster Pussycat.

Hailing from Green Bay, Wisconsin, the band was recently awarded the 2013 Wisconsin Area Music Industryâ€™s (WAMI) Peopleâ€™s Choice Award. They have also been nominated for Hard Rock/Metal Artist of the Year in the 2014 WAMI Awards.

Red Light Saints have won over new audiences and adding to their sizeable fan base with their outstanding musicianship, powerful stage presence, and an energy that is flat out contagious.

On The Pavement kicks the EP into full gear, setting the pace for the rest of the album. Here the band displays a more modern edged, hard rock sound, with some blistering guitar work.

Say What You Will, released as the first single, displays Schinkeâ€™s dynamic vocal range. With both highs and lows, he can definitely sing. This song has been picked up by XM Radio and select national stations. The lyrics are about not being able to get away from what another is saying. The person keeps saying what they will while you have a hard time trying to ignore it. “Say what you will, what you will, I’m sleeping.”

Anything Anymore slows the pace, just a little, showing that the band can sound powerful even though they are not playing full-on. This song is about someone from your past who keeps telling you that you won’t amount to anything. This person, who doesn’t know the changes you’ve made to better yourself, sounds like a record spinning over and over with their negativity.

Long Way Home is my favorite track. It has a southern rock influence to it with a touch of country flare. Schinke almost has an Aaron Lewis feel to his voice as he starts the song, but it quickly turns to a fun rockin’ one along the lines of Pop Evil. I can see this song getting major radio play and elevating the band from opening act to club headlining status. This song is about finding love early in your relationship and looking forward to every new day with her in it. No matter how far away you are from her you’ll always have her love to come home to.

The EP ends with The Plan. The band displays some more great guitar work here. With a heavy, bluesy, southern groove, they remind me of Black Stone Cherry. This is an excellent song to end on. It leaves you satisfied yet still wanting more! 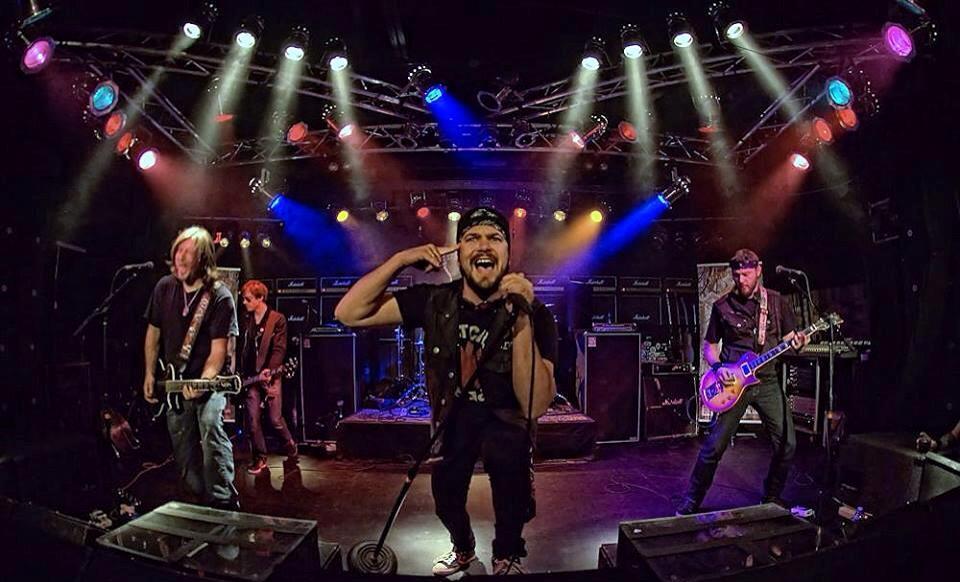