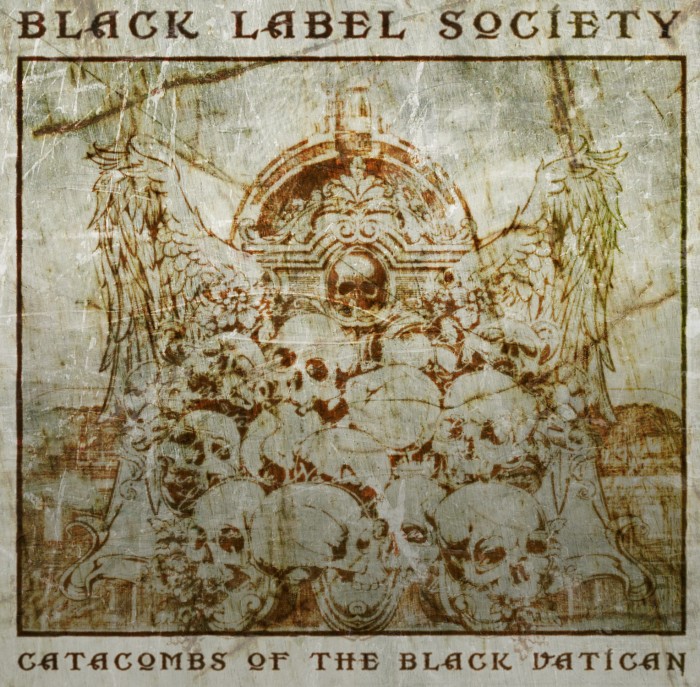 April 8thÂ is the release date for the new release from Zakk Wylde and his Black Label Society. Titled Catacombs Of The Black Vatican, the 9th and highly anticipated album comes into my hands a few weeks early and frankly, not soon enough.

Much has been happening as of late within the BLS camp, Zakk Wylde has been a very busy man. From appearances at the Golden Gods Awards, That Metal show, and headlining the Golden Gods Tour with Down. Add to that writing, recording, and producing the latest BLS onslaught. There was also the matter of finding a replacement for guitarist Nick Cantanese, the ‘Evil Twin’ who departed from the band just a short time ago.

BlS has always been the Zakk Wylde show. Certainly there is not a single thing wrong with that when you have the talent that he has. From writing the music, lyrics, playing guitars, singing, piano, and whatever else he deems appropriate, there has never been a need for anything else when it comes to this project. Â BLS started as a side project at a time when Â Ozzy was Zakk’s gig. That was in 1998. 16 or so years later, BLS is a true juggernaut and a fulltime gig. No offense to Nick, he is a truly awesome guitarist in his own right. However, the fact is, Zakk Wylde is BLS as BLS is ZakkÂ WyldeÂ and it really doesn’t matter who is in the band. 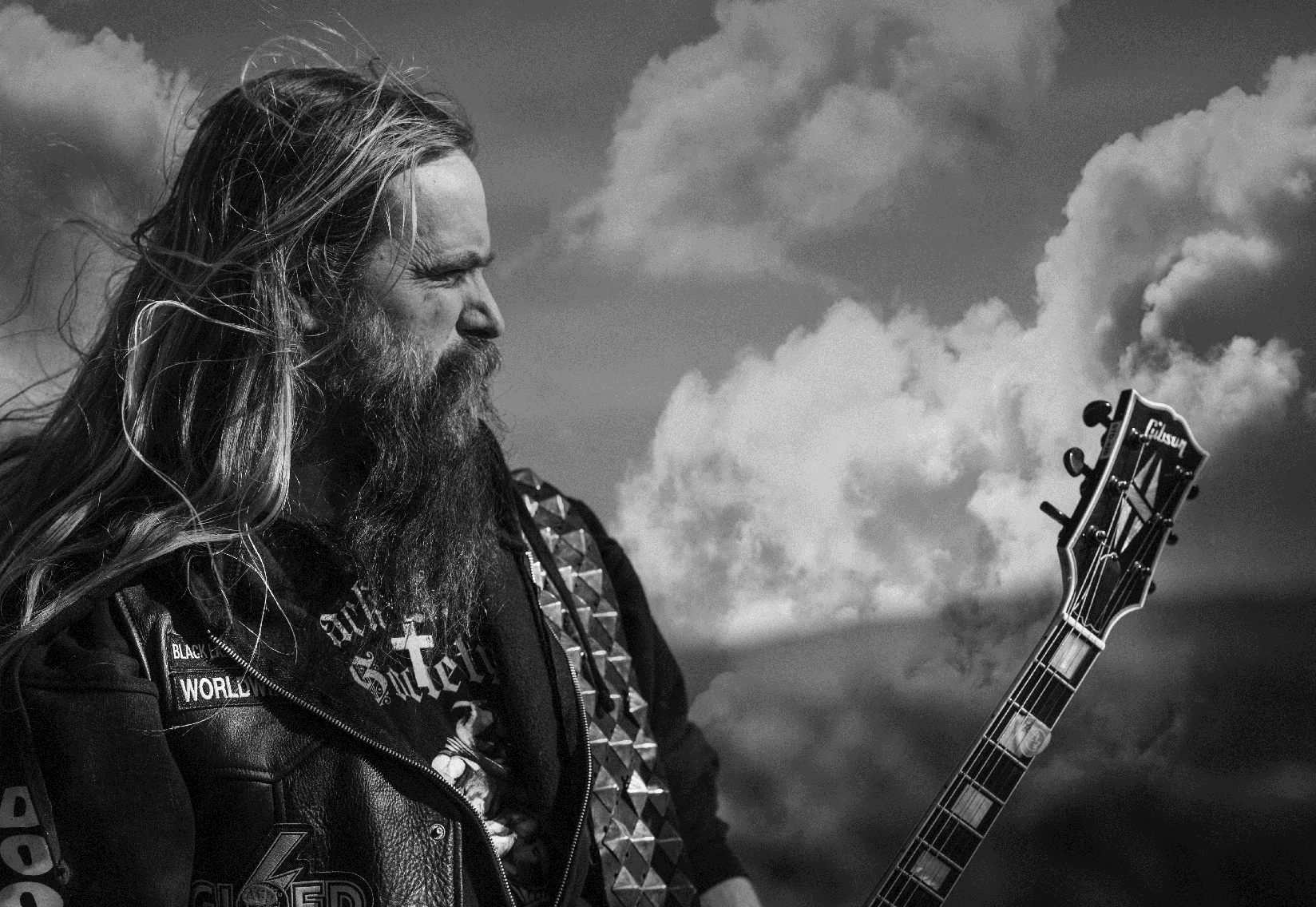 The overall feel of Catacombs is very much inline with the prior release, Order of the Black. Perhaps it has something to do with being the second consecutive release that has been recorded at Wylde’s home studio, the Black Vatican. Â It might also have a little bit to do with being engineered by Father Adam Klumpp. The songs seem to be a continuation of the sound, feel, and production of Order.

The sound quality is superb. Everything is loud and in your face. Guitars sounds very warm and lively, distortion is very thick, and the acoustics andÂ cleans are bright, clear, and focused. The Â drums are tight and very punchy, bass is thick and low, and the vocals sit right above everything. It almost sounds as though this album was recorded on analog tape, althoughÂ I highly doubt that it was. It is a sound that almost comes across as ‘live’.

The first thing I notice is the album as a whole seems to be a little less on the heavy, brutal side when compared to 1919 Eternal or Stronger Than Death. But having said that, every album since Mafia has been like that. This is in no way a bad thing. Â BLSÂ has never been a one dimensional band. The songs on Catacombs have a dark feel for the most part.Â Slower less distorted riffs, clean guitars, and soulful singing are more of the theme, but don’t ‘fret’.

The song Heart of darkness is a skull crusher for certain. Heavy twisting riffs, and aggressive vocals combine seamlessly with the trademark Zakk WyldeÂ shred-a-thons that are his solos. Drenched in wah and pinch harmonics it’s just pure aggression. Beyond the Down is just as aggressive, but at a slower tempo. There is no shortage in the groove factor here.

Songs written by WyldeÂ allÂ have one thing in common; they are good songs. This is shown in the fact that often the band will play acoustic or stripped down versions and they sound just as good. A lot of bands play heavy, just for the sake of heavy, but the drawback to that is if you turn down the distortion there isn’t much left Â of a good song.

Angel of Mercy is a stand out song on this album. Â It is slow, mellow, and very heartfelt. How many metal bands can do a slow, acoustic based song, right next to a skull crusher without throwing everyone off? Â BLSÂ has always done it and the ‘Berzerkers’ eat it up. Â A BLSÂ album has yet to be one-dimensional. There are always songs to fit different moods. Sometimes you want heavy and sometimes you want mellow. You always have that with BLS.Â  This is the type of music you get from a genuine musician.Â  There are people who say ZakkÂ is over-rated, but for myself, I cannot see how a great song writer can be denied?Â  Think for a minute, of all the well renowned Â shredders out there. How many songs of theirs can you name?Â  How many can you hum?Â  Zakk is an incredible songwriter period.

The song ScarsÂ is a really cool song for two reasons: First, it is one of those ‘feeling’ songs. Â It has a great vocal melody and a nice moving feel to it. The second reason is that is sounds like a song that could have easily been on Zakk’s 1996 acoustic based album, Book of Shadows. Â It’s interesting and surprising to hear that after all these years, all the skull crushing songs and insanity, Zakk can still write a song like this. This is where the true musician idea comes from. Different amps, different guitars, different styles and textures. Some guys can only play through one certain amp and on one gain setting. That isn’t necessarily a bad thing, but a true musician does it all. 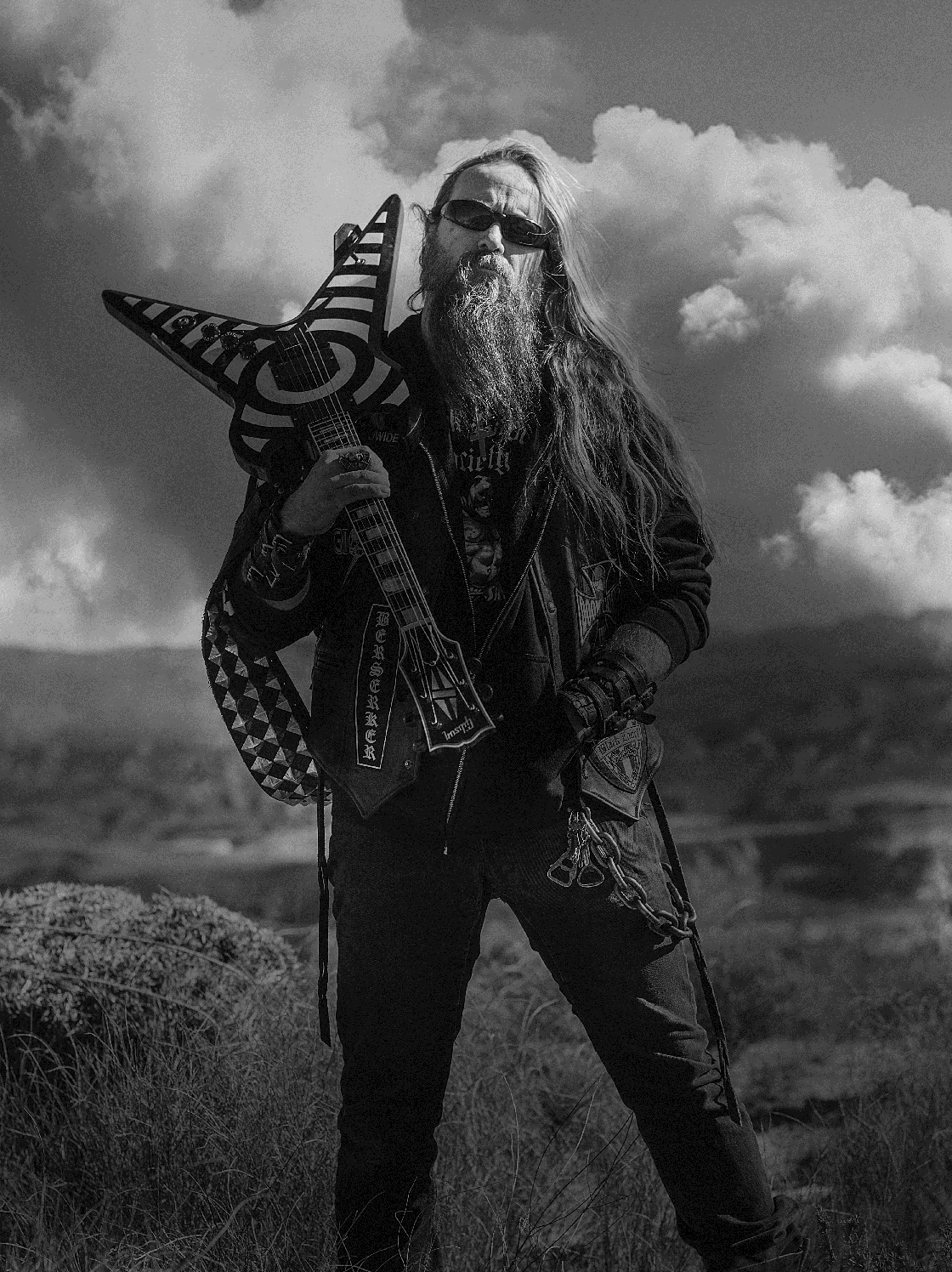 I’ve Gone Away is yet another heavy song, but the vocals are more subdued. Â They float over the music in Zakk’s distinctive midrange delivery, even harmonizing with himself. Â Add a really unique musical theme and an over the top solo, and what more can you ask for? Â It must be said that John DeservioÂ does his usual increadile job on the bass. He adds a lot of movement to this album, perhaps more so than on past records, and it makes a big difference. Â I would like to hear a BLS album with a more aggressive bass tone though.

On drums we have Chad Szeliga. Â He really pounds these songs out, but he also has a great feel and helps bring the songs to life. A great drummer can take a mediocre song and make it standout and not always through sheer volume. This is the first studio album featuring ChadÂ and he delivers in spades. That’s the thing about BLS, it doesn’t matter who is in the band, there will always be top notch guys in BLS and it will have a certain familiarity to it even as the band Â evolves and grows. I will add that Craig Nunenmacher and Nick are surely missed by the faithful.

All of the songs on Catacombs are great and standout in their own way, From the opening riff and melody of the slower dirge that is Fields of Unforgiveness, to the last track, Shaded of Grey, and all things in between. Â Another masterpiece from the mighty Black Label Society!

Listening to the Black Label Society catalogue front to back means hearing the maturing of a musician. Early on it was just Zakk and a drummer. Â Remember, Zakk wrote the music for the Ozzy Osbourne albums No Rest For The Wicked, No More Tears,Â  a majority of Ozmosis, as well as Black Rain.Â Â He knows how to write a song, The music has changed over the years, but there is no mistaking Zakk Wylde!

ZakkÂ is currently on tour with the Experience Hendrix all star tour and the Golden Gods Tour kicks off on April 16th in Seattle, WA. Â Opening for a majority of the tour is the band Down.Â This will be a tour you don’t want to miss. Â Head over to the BLS site for some cool preorders for Catacombs.