A Dying Machine by Tremonti breathes life into the current metal scene.

Mark Tremonti, a man known for creating several amazing riffs for dozens of hit songs, being in two giant bands, and continuing his solo project is back with Tremonti’s 4th album A Dying Machine and it’s one of the greatest things to ever fall on the ears of the metal community. Everything with this band continues to improve over each album cycle. Mark’s vocals are sounding even better than they have before and he continues to evolve and experiment with his guitar playing (as if he couldn’t get any better), and Garrett continues to hit the drums with such passion that is evident throughout the entirety of the album.

The album starts off strong with “Bringer of War” and yes, Tremonti did, in fact, bring the war. This was a perfect start to set the stage for the remainder of the record. One thing that is important when putting together a record is the way tracklisting is set up to keep the vibes going the right way, especially for the first time listening. Tremonti does a great job of balancing all the chunky heavy stuff with the gorgeous ballads that are provided along with all the headbanging songs. 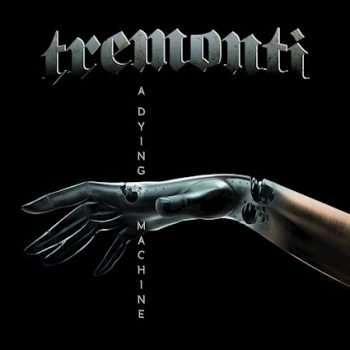 Mark Tremonti is a veteran in the metal industry and A Dying Machine is all the evidence one would need to hear that. Lyrically, it’s presented in such a fashion that is relatable, but yet cryptic and left up to the listener or fan to interpret on their own. Tremonti definitely lets the fans hear a more intimate side of him and left himself a lot more open than in previous records, which is understandable because he’s been able to get very comfortable in his role as a frontman and lyricist. While most of the songs speak of things we go through, there are many songs that just have a ring of hope and to take charge in your life. A Dying Machine is one of Tremonti’s most influential records to date. Musically, this is the best presentation that Tremonti has provided his listeners, the album has a little bit of everything in a new format. Yes, there are the songs that make you want to headbang all night long, but at the same time, Tremonti manages to make catchy songs that, in a way, have a groove to them which make you want to get up and dance.

A Dying Machine very much has life. It has everything that a rock and metal fan could want in an album. Lyrically it’s filled with inspirational and fighting lyrics, the music is going to keep the blood pumping for a long time, and the band as a whole have managed to put out a record that is a work of art. There are not many rock albums this year that could top the quality that Tremonti bring. This one is definitely an instant classic.

A Dying Machine is due for release on June 8.