The past is the past. You can either let it ruin your future or use it to make your future brighter. The choice is yours.

Tony West and Todd Youth have written together what turns out to be the fourth album from L.A. rockers, Blacklist Union. The new album is entitled, Back To Momo, and has received numerous positive reviews across the spectrum of sites. With two singles from the album already out and with video support, the guys aren’t taking a wait and see approach to get their new material out to the masses.

We managed to get a few minutes with Tony to discuss a few topics ranging from the meaning behind “Evil Eyes,” to touring plans, and even the things one might have to do to get to the top. While some of the issues we touch with him can be very sensitive areas, we don’t go into graphic detail. We go through enough Coldcock American Herbal Flavored Whiskey, now, as it is at the National Rock Review compound. But you should be able to get the drift that his formative years weren’t something that Disney will make into a kid’s sitcom anytime soon.

If you head over to our Facebook page, give us a ‘Like’ and share your stories with us, Tony, or the Blacklist Union family. Or, head over to our Twitter and in a 144 let us know what you thought about the interview. And, if nothing else, grab a copy of Back To Momo and play it as loud as possible until you to can look in the mirror and can deal with what is looking back at you.

NRR: Thanks, Tony, for taking some time out of your busy schedule to answer some questions for National Rock Review. Let’s jump right into some of those things happening to you so far this year with Blacklist Union. Lineup changes happen, very rarely does the original group ever stay together for both good and bad reasons. You have a new member in the band you’re pretty happy with, how did that all go down?
Tony West: Thank you so much for having us. Yes, some lineup changes happen just like divorces happen. I wrote the record with Todd Youth, who played with Danzig and many other great bands, and we’re proud to announce that he’s now a full-on member of the band. I grew up in New York seeing a lot of Todd’s bands [including] Murphy’s Law and Agnostic Front. I knew him at a very young age. He didn’t know me, but I certainly knew him, and we have become close friends over the last several years. 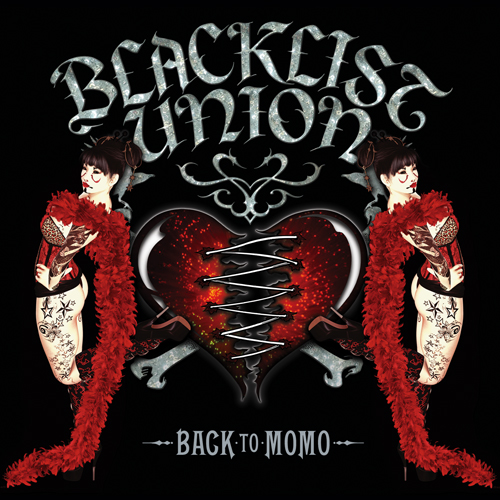