Howie D. from Hard Edge Radio and National Rock Review recently spent some time chatting with Richie Cavalera from Incite. They discussed the band’s recent surge in popularity and how they’re finally reaching larger audiences. He also talks about his guest appearance for Soulfly, the upcoming CD, and what it is like having Max Cavalera for a stepdad.

Incite got its start in Phoenix, Arizona back in 2004 and had since put out two EPs and three full-length studio albums. Their new CD, Oppression, is scheduled to be released on April 22. Incite will be hitting the road starting April 27 when they head out with Devildriver, Holy Grail, and Hemlock as the tour makes its way around a good portion of the US. The new album is getting great reviews, and this looks like it just may be the big breakout year for the band.

The interview with Richie Cavalera from Incite:

Oppression, the upcoming new album for Incite. In stores April 22, 2016. The album is available for pre-order from Amazon. 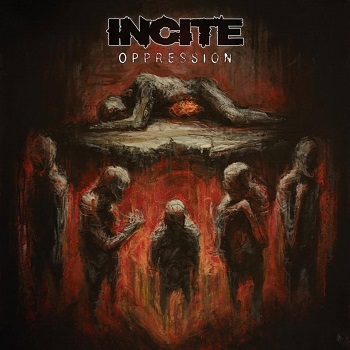 No Remorse, the first video from the upcoming new CD, Oppression: