Howie D. from Hard Edge Radio and National Rock Review recently caught up with vocalist Leroy Hamp from the band War Of Ages. They talked about the band’s beginnings, their “Christian metal” label, touring with Hatebreed, how they’ve evolved over the last 10 years, and more.

War of Ages hails from Erie, Pennsylvania and have been steadily growing since the band’s beginnings. Their most recent CD, Supreme Chaos, has been highly praised and the guys have been touring pretty much nonstop since its release last summer. They are currently on tour with Phinehas and Death Of An Era and they’re also planning some tour dates in Europe, Japan and China later in the year.

The interview with Leroy Hamp from War of Ages:

Supreme Chaos, the latest CD from War Of Ages: 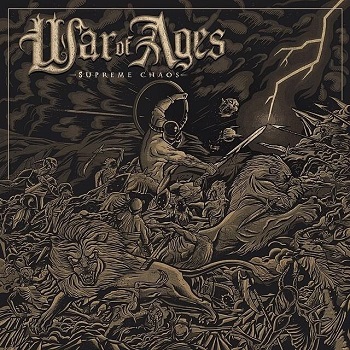