Howie D. from Hard Edge Radio and National Rock Review recently talked to guitarist Brian Eschbach from Detroit’s The Black Dahlia Murder. They talked about how the band has grown since the early days, the last ten-plus years with Metal Blade Records, what he’s learned about the music industry, what’s kept them going through all the member changes, the new CD, and more.

The Black Dahlia Murder have recently released their latest CD, Abysmal (Metal Blade), which marks the band’s seventh studio album. They are currently on tour in support of this latest offering with Goatwhore, Iron Reagan, Entheos, and Artificial Brain. The band will then take a little time off until early next year when they head to the UK and Europe. The Black Dahlia Murder continues to put out great music and the band seems to be just as relevant today as when they first broke out into the scene.

he interview with Brian Eschbach from The Black Dahlia Murder:

Abysmal, the latest release from The Black Dahila Murder: 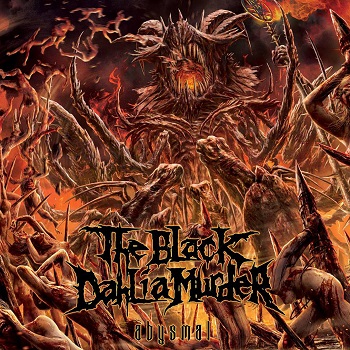