Everything has a shelf life before it becomes something other than what it was in the beginning. One door closes and another opens thankfully. Just ask Austin John Winkler.

“It’s a very exciting time for me. It’s been a long time in the making and I think a lot of people will be pleasantly surprised at the musical direction I took when I stepped into the studio to make this record. It’s quite a bit different from Hinder or anything that I’ve ever done.” ~ Austin John Winkler

The reason an artist leaves a successful band will vary greatly. For Austin John Winkler, it was something he needed to do to be true to his inner musician.

Winkler was the vocalist for a small band you might have heard of called Hinder, before making a change roughly three years ago. He is currently out on tour in support of his new solo project, Love Sick Radio. The six-song EP features guest vocalist appearances by Sophie Summers and country star, Jessie James Decker, and was released on Apr 22, 2016. 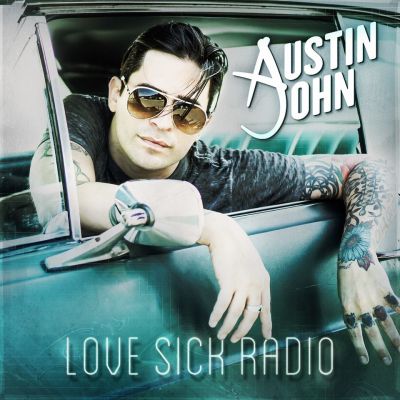 We got a few minutes of his time to talk about his new effort, how his new band mates came to be in the group, and why you should never leave your classic car in L.A. unlocked. This interview didn’t focus on the time Austin spent with Hinder, just so you know. While we did touch on the subject, you shouldn’t expect any juiciness. You’ll have to go to the gossip sites if you’re only looking for that.

Stop by our Facebook or Twitter feeds and let us know your thoughts on the interview or if you have or will see him live on this tour.