Legendary Canadian metal outfit Anvil will release their brand new album Pounding The Pavement via SPV/Steamhammer in January before embarking on a full European tour in early 2018.

Of course, there are bands that have garnered higher chart positions, sold more albums and filled bigger venues than Anvil. Yet there are few metal acts that have earned as much respect from their colleagues as the Canadian act surrounding vocalist/guitarist Steve ´Lips` Kudlow and drummer Robb Reiner. The most renowned Anvil aficionados include, among others, international stars such as Metallica and the late Lemmy of Motörhead, who have expressed their unreserved admiration time and again.

Their latest album Pounding The Pavement proves their impressive stamina: never before have Anvil sounded as diverse, determined and inspiring. Kudlow comments on the new album by saying: “The songwriting process started immediately after the work on our previous album, Anvil Is Anvil, had been completed,” he says. “So our thoughts instantly turned to the future again. After Anvil Is Anvil had been cut, everybody knew what we had just delivered and what Anvil’s future should sound like.”

With this record, the band have gone back to their roots and early material for inspiration – Kudlow goes on to say “Of course we always allow inspirations from earlier recordings to seep in, but always with an emphasis on evolving the characteristic Anvil sound. Lots of fans keep asking us to play the way we did in the so-called good old days. That’s why I try from time to time to pick up on that exciting feel of our older material. Mind you, it’s always exclusively about the basic atmosphere of that time, never about copying an older song.”

The album was recorded at Soundlodge studios in North West Germany alongside producer Jörg Uken. The album title itself is a synonym for the consistently serious challenge of ensuring Anvil’s financial survival. Kudlow goes on to say “I feel nothing could describe the way we’ve been working for the past forty years better than Pounding The Pavement: Anvil have tried for four decades to earn enough money to survive and continue to make music.”

Anvil’s latest offering will be released on January 19th, 2018 through SPV/Steamhammer as a digipak version (+1 bonus track and poster), 2LP gatefold coloured version, download and stream. 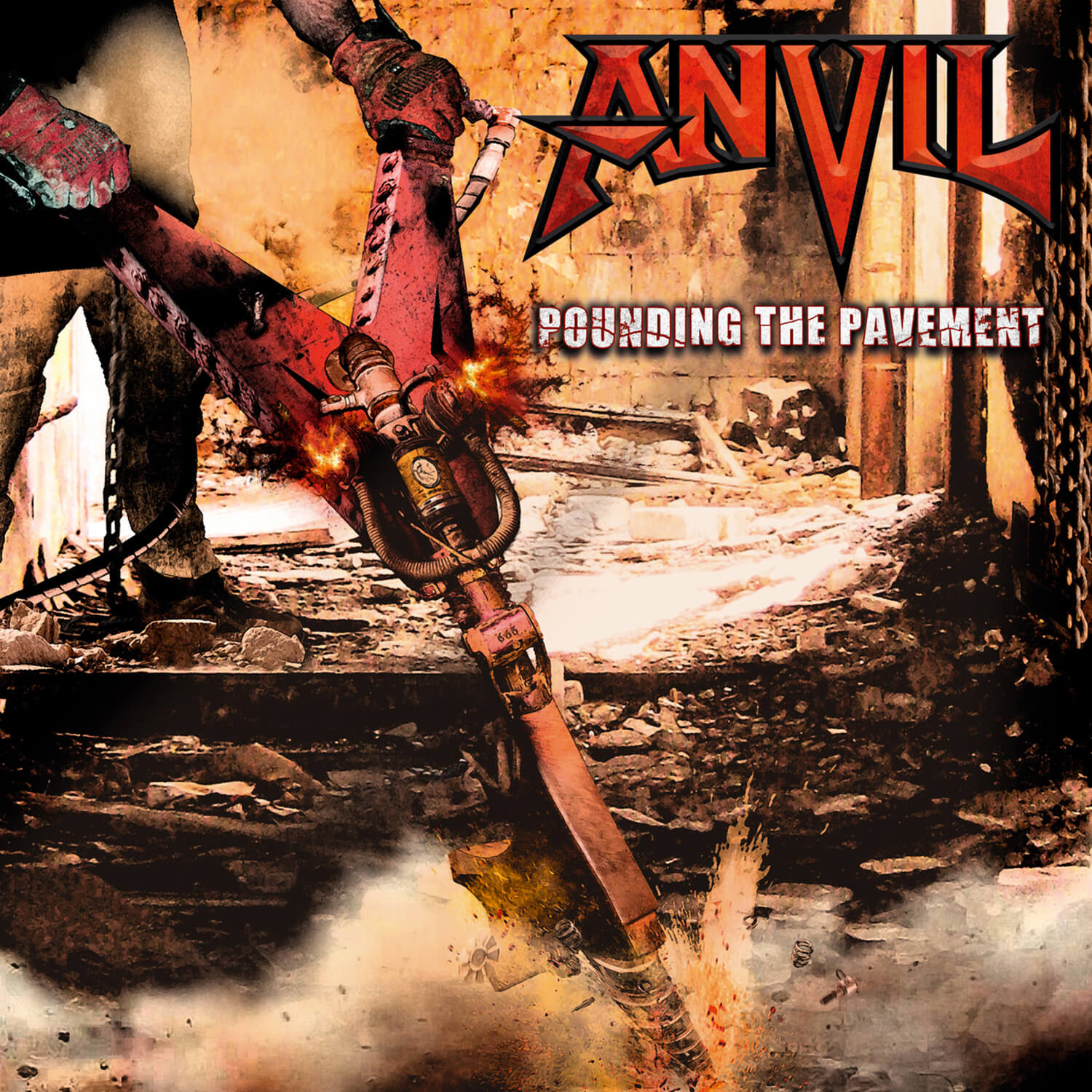