Anytime You Need Me follows Ben Poole’s critically acclaimed albums Time Has Come and Live At The Royal Albert Hall. Ben’s latest offering was recorded at Superfly Studios in Ollerton, Nottinghamshire and produced by Wayne Proctor. 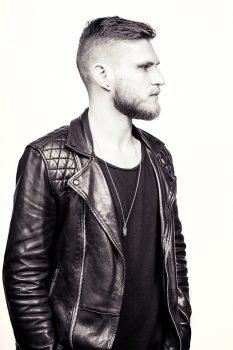 For this release, Poole changed his approach to writing and recording by keeping his team small and by doing so avoiding having too much outside influence on the direction of the music. This course of action has paid huge dividends for Ben Poole and resulted in an album which will bring a smile to your face from the very off. With Anytime You Need Me, each track is as strong as the next, there are certainly no fillers.

Just by casting a glance at the track listing and the way they are structured you can clearly see there is an underlying theme or story to the record, which compliments the overall flow of the album.

The opening/title track of the album immediately grabs your attention with its funky yet heavy groove and tight rhythm. Ben turns up the heat with “Take It No More”, a dirty blues rock number with a soulful infusion. The addition of keys/Hammond on the record adds texture and perfectly compliments Poole’s incredible guitar playing throughout.

Anytime You Need Me traverses the full spectrum of the blues-rock arena. With tracks such as the rather moody “Found Out The Hard Way” and the beautiful heartfelt “Don’t Cry For Me” you get a pair of astounding slow blues numbers. On the other hand the likes of “Further on Down The Line” and the previously mentioned title track Ben takes the record in a slightly funkier direction.

Midway through the album, Poole puts his own stamp on the Don Henley classic “Dirty Laundry”, to great effect. The latter will inevitably be a radio hit for Ben and let’s not forget the song’s inspired music video.

Anytime You Need Me is brought to its explosive conclusion with the hard-hitting “Let Me Be” and the blues-rock monster of a track “Holding On”. The latter ebbs and flows, building and winding, with passionate playing from Poole and some searing fuzz fuelled guitar licks.

It goes without saying that Wayne Proctor has worked his magic on this album. The production is simply flawless.

With Anytime You Need Me Ben Poole has delivered without a doubt the album of the year thus far. The quality of this release puts Ben Poole right up there with his peers such as Gary Clark Jr and John Mayer.