An evening with desert rock legend John Garcia, up-close and unplugged in London.

John Garcia takes a seat in his tan suede sofa chair, tambourine in hand. Sitting opposite him is his good friend and talented guitarist, Ehren Groban. The coffee table between them is filled with whiskey, vodka, and a selection of mixers. Garcia looks at the red-lit backdrop with palm tree silhouettes and explains his intentions to bring the comfort of their Californian rehearsal studio with him on this tour.

It’s day three of the European leg of their unplugged tour and Garcia humbly confesses how nervous he is, admitting he is unable to hide behind a drum kit and heavy bass during such intimate acoustic shows. But as he kicks off with a stripped back Kyuss track “Phototropic,” Garcia’s distinctive vocals fill the room with an air of confidence that demands respect from any set of ears it graces.

Next on the list is the heavy Hermano’s tune, “Kentucky,” contrasted soon after by “Her Bullets Energy,” the closing track of his 2014 self-titled solo release. The studio version features Robby Krieger (The Doors) with stunning Spanish guitar work. Tonight, Groban delivers the stoner flamenco vibes to an appreciative Underworld crowd.

“I’m still fucking nervous,” Garcia says as he reaches for his pint glass and takes a sip of an orange concoction. He removes the top sheet of lyrics from the music stand in front of him and adds it to the growing pile on the rug next to his chair. Groban, who also plays in the Palm Springs psychedelic rock band War Drum, performs an impressive instrumental before the pair blasted out Kyuss classics including El Rodeo, Gardenia, and Green Machine.

With the end of the set approaching, Garcia takes requests from the buzzing crowd. “Demon Cleaner” is a solid contestant, only to be outbid by another heavyweight “Space cadet.” The crowd is singing along so loud Garcia can barely be heard. This is it; this is the kind of memorable evening every music fan dreams of but never imagines actually sharing with an idol. 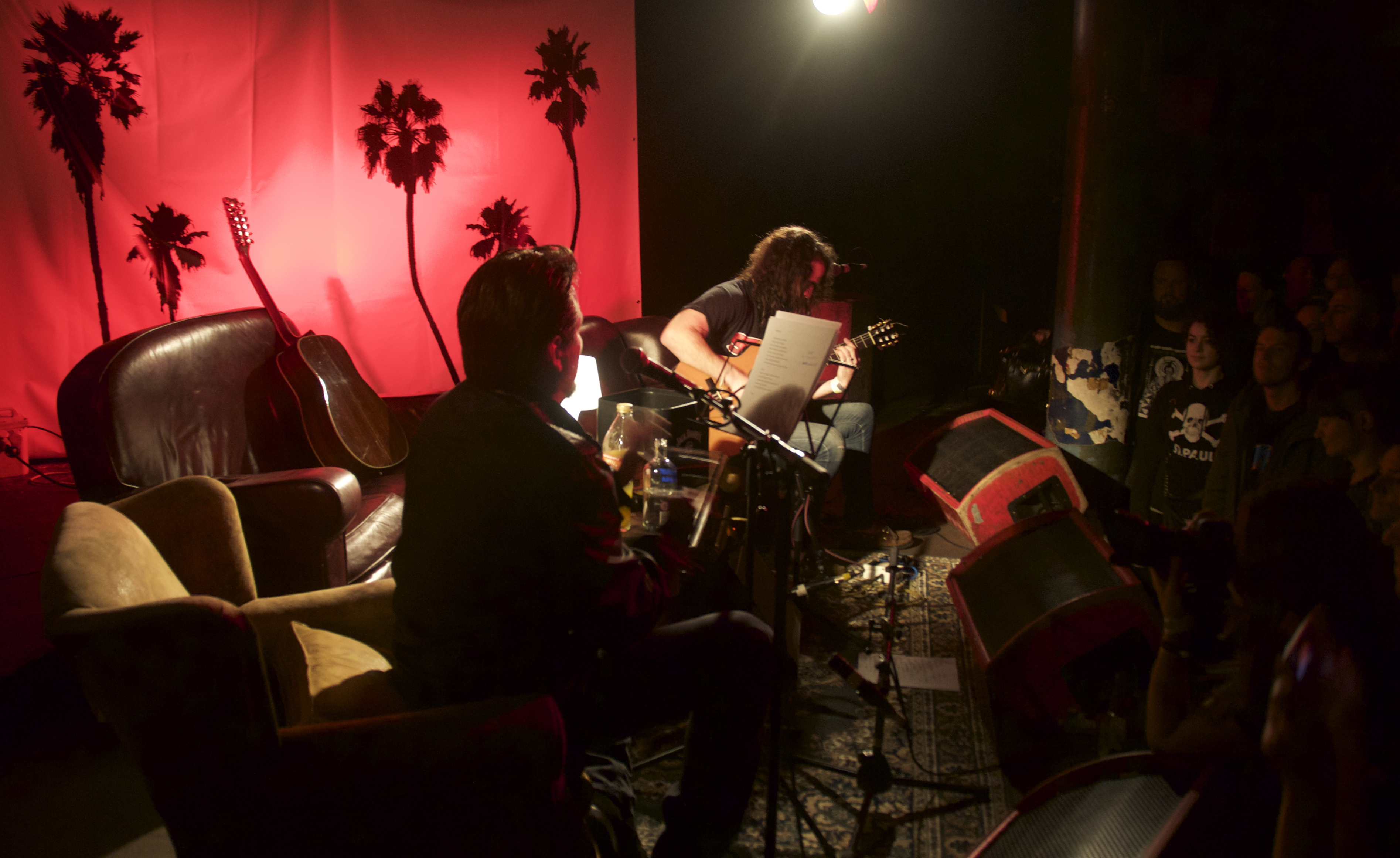 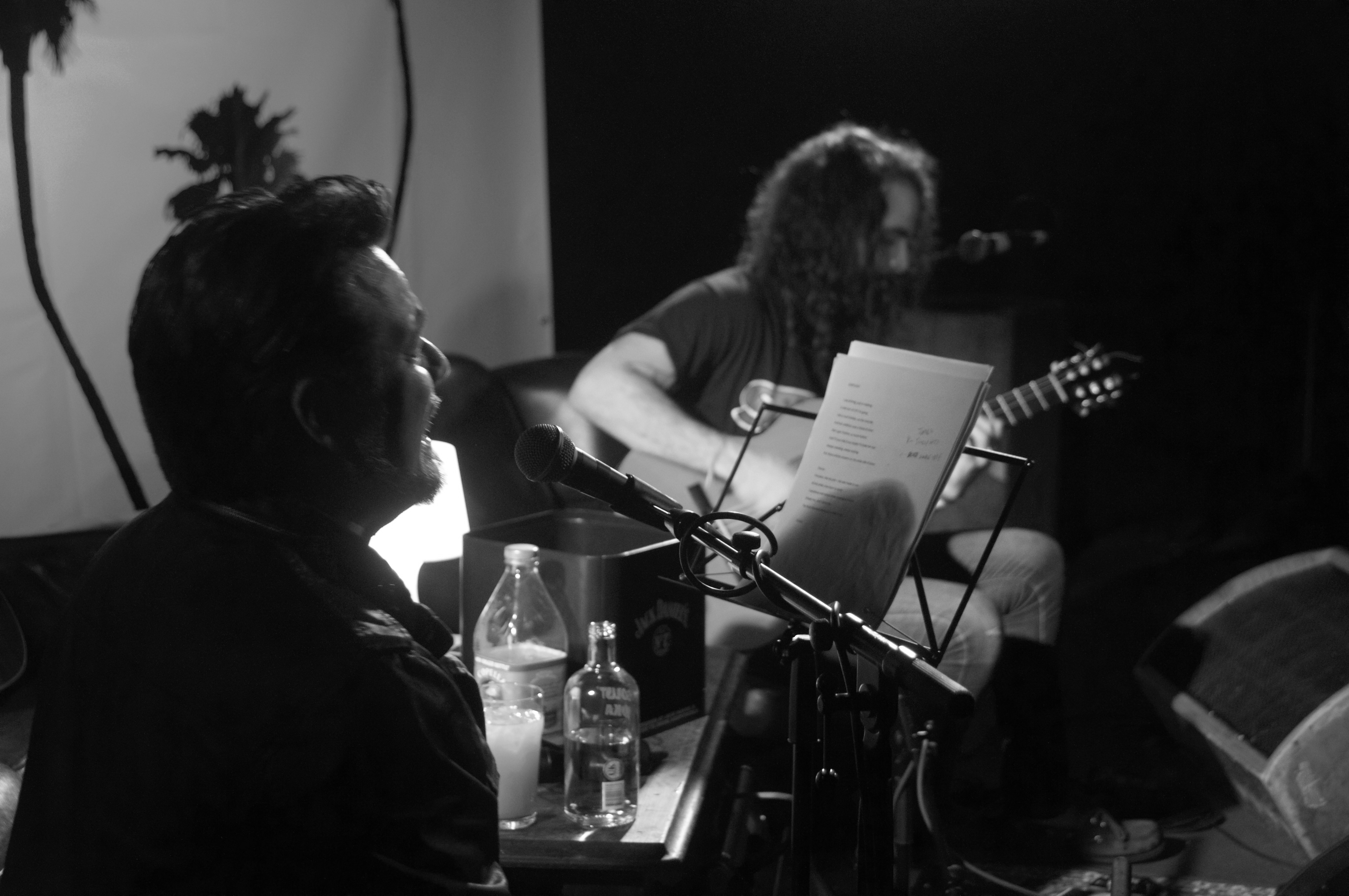 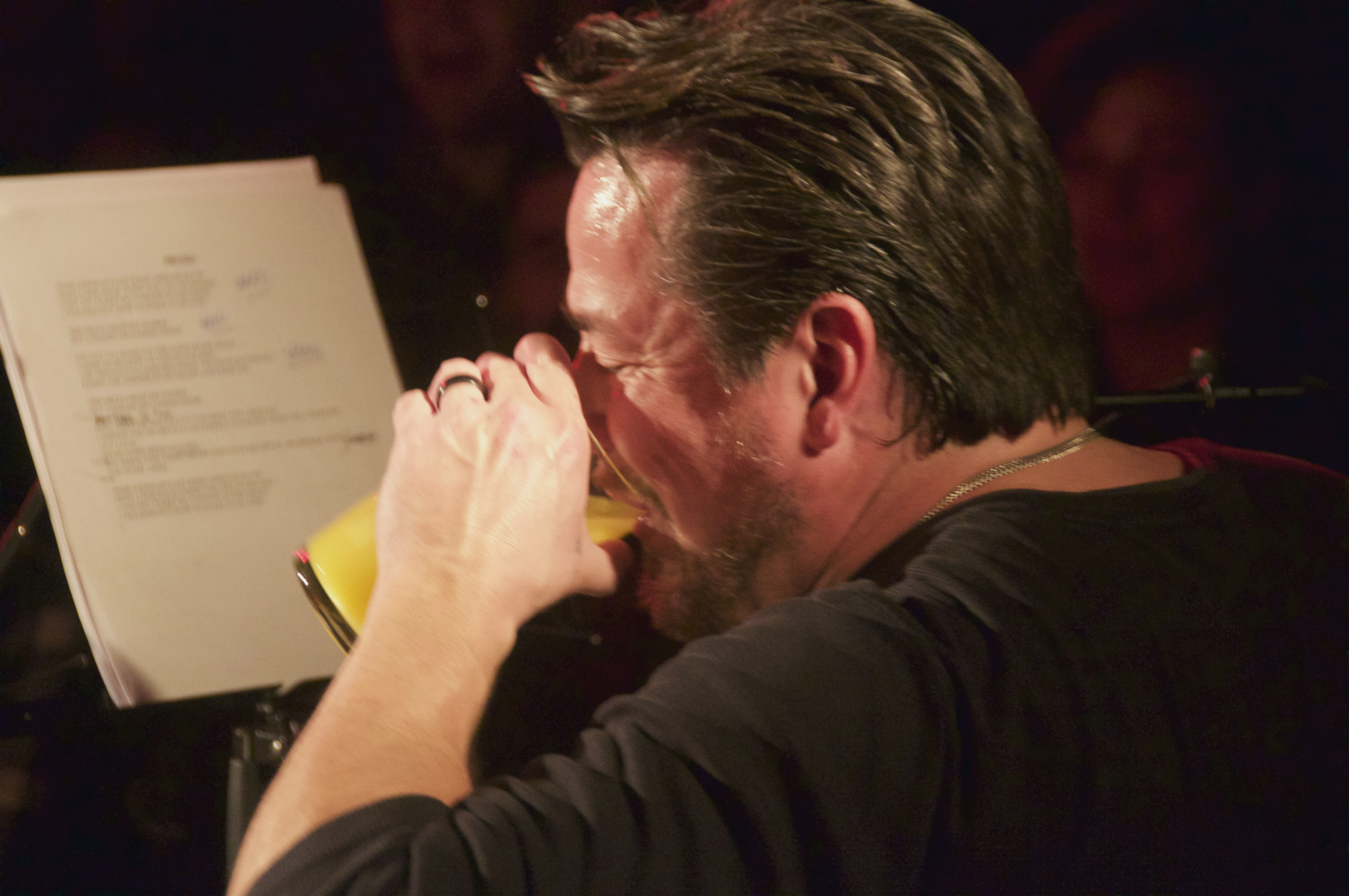 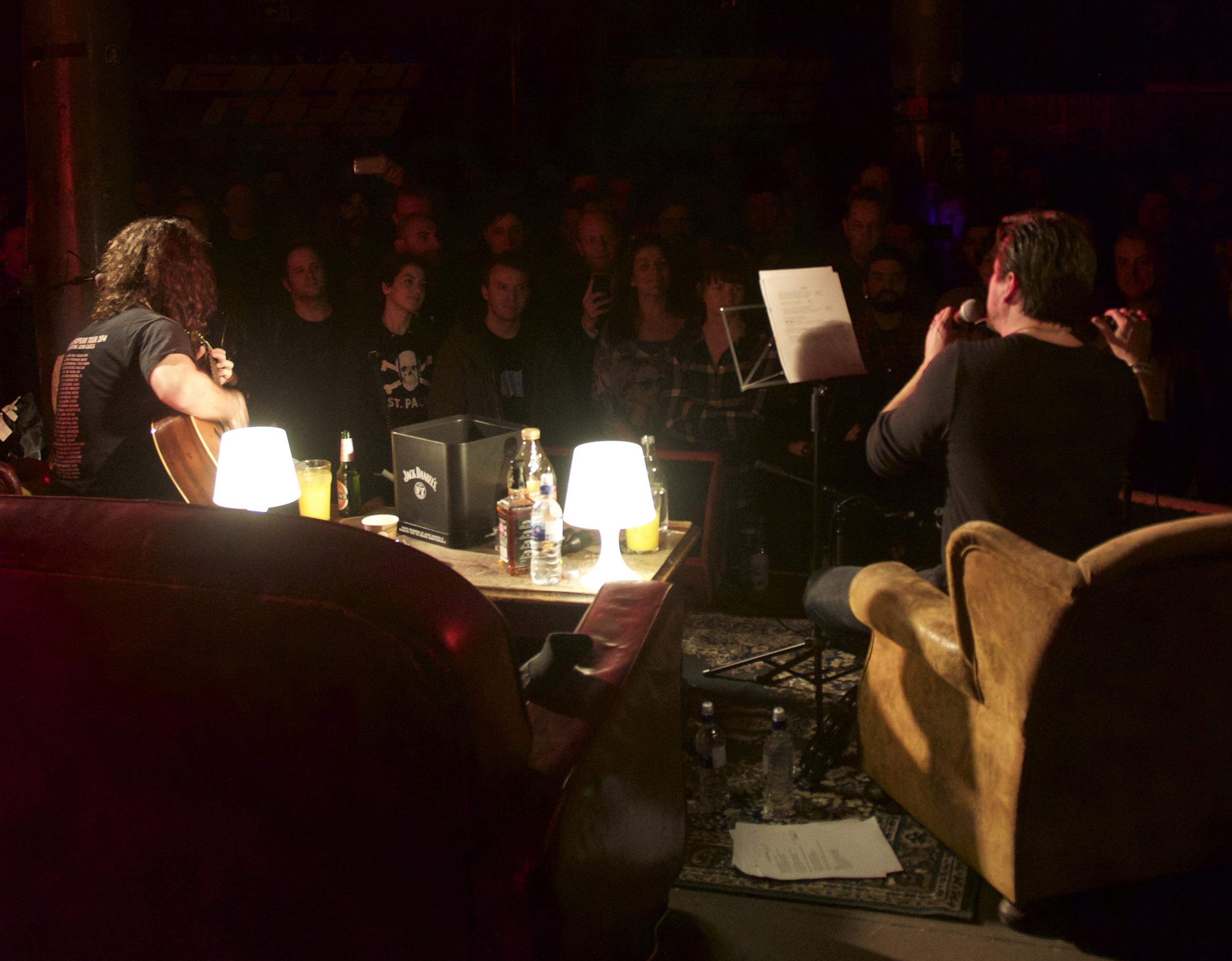 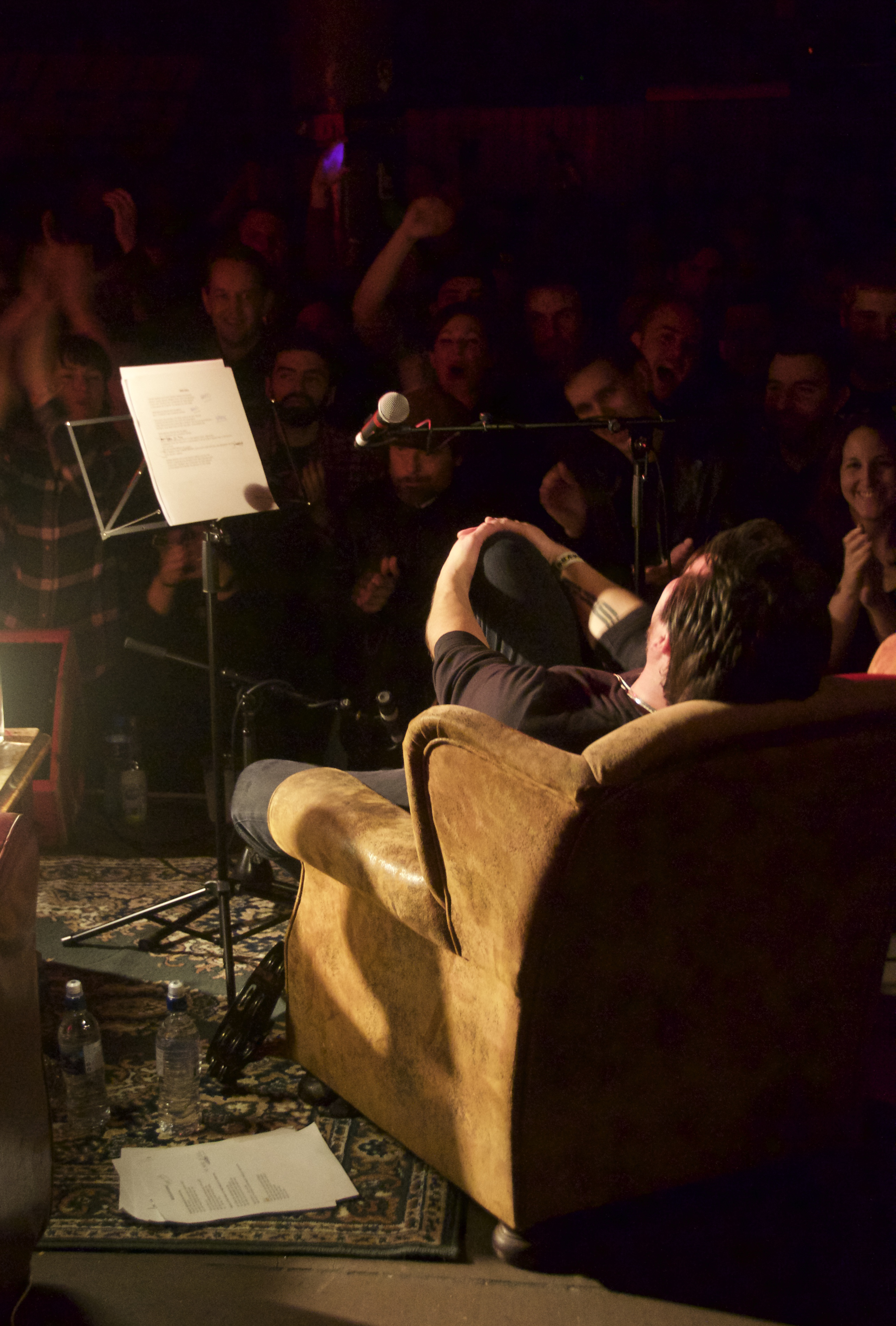