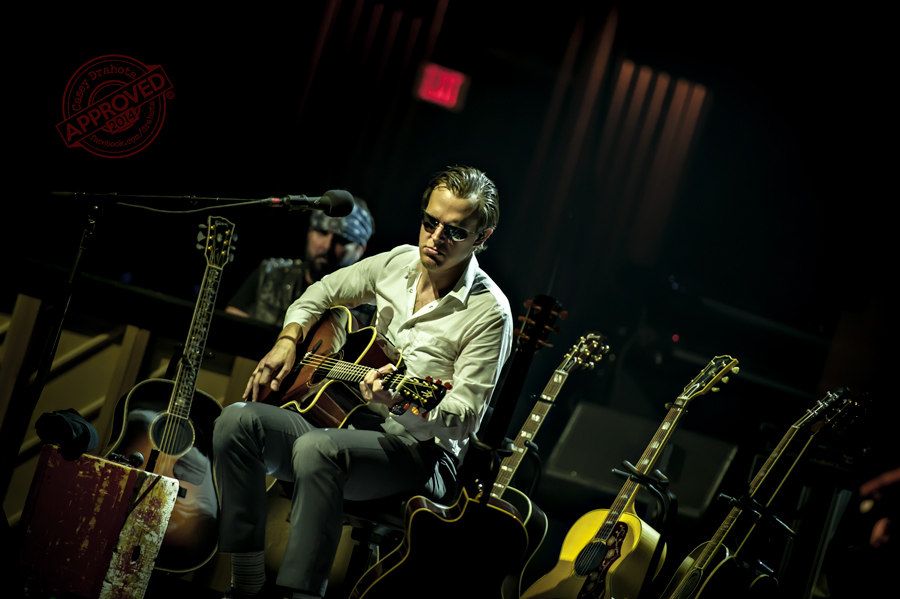 It was probably 2000 or 2001 when I traveled to St. Louis to see one of my favorite live performers of all time, Paul Rodgers of Bad Company at the Riverport Amphitheater. We had just got to our seats when an opening act would come on and blow my mind. After half way through the first song, I started to take notice of a young skinny twenty-something exceptional guitarist playing the blues. By the end of his 30-minute set, I was a fan; a fan of Joe Bonamassa.

I started to follow Bonamassa after first seeing him in St Louis and would see him perform every time he came around. I caught him in sold out venues as well as seeing him play at the now closed, but legendary, Grand Emporium in Kansas City at a show with fewer than a hundred people in attendance. A Joe Bonamassa show always has one thing in common; perfection.

This time around, I had to travel to Topeka, Kansas to take in Joe’s show.  On this tour, he mixed it up a little having a two set show with no opening act. The first set was an acoustic set performing nine songs. After a 20-minute intermission and stage changeover, the second set was full on electric performing ten more songs.

With very little frills, Bonamassa started right into his acoustic set with fellow band mates Gerry O’Connor (fiddle and banjo etc),  Mats Wester (mandola and nyckelharpa), Lenny Castro (percussion), and Derek Sherinian (keyboards). The band sounded tight and performed together as if they had done so for a long time. I am always wildly impressed with Bonamassa’s acoustic guitar skills. There are few people who can maintain the speed with the precision as Joe can. There’s really not much I can say other than big surprise… I was blown away!

After a short intermission, the electric set kicked off in full force with Dust Bowl, one of my favorite JB songs. It’s obvious that JB is obsessed with detail and perfection. The level of skill on display is just over the top. Joe was joined on stage for his second set by Carmine Rojas (bass), Tal Bergman (drums), Derek Sherinian (keyboards), and Lenny Castro (percussion) to form an equally as impressive backup for Joe’s stunning skill on the electric guitar and his amazing vocals.

In summation, you don’t have to be a guitar nerd or a big blues fan to be impressed by Joe’s talent. Joe Bonamassa has built a fan base around releasing quality music and consistently giving it his all when performing live. After seeing him just shy of ten times, I can say Joe has never let me down; I’m a fan for life!