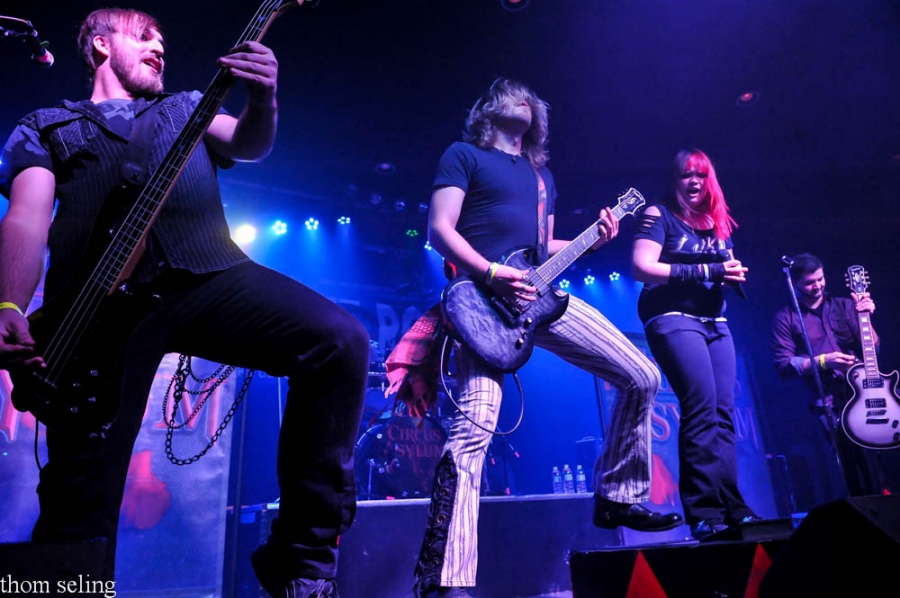 Circus Asylum, a western Michigan favorite, reunited last night at Planet Rock for the first show in over a year with all original members.Â Â I first saw them several years ago. They were one of very few bands that had an immediate effect. I saw them live and immediately went to the merch booth and bought every song available.

Courtney Huyck’s vocals are amazing. It’s unfortunate that life got in the way, as it does with many up and coming bands, and they no longer tour or perform regularly. But in watching last night’s show, you would have thought they had never stopped.

Hopefully they will make this an annual event…and hey, why not write and record a little in between? It would be great to hear new music from them. By the size of the crowd, there is definitely a demand!

Kaleido surfaced in Detroit in October 2011 as a powerhouse female fronted rock/pop band. The group fuses heavy hitting rock with fresh, melodically driven pop. Possessing enough torque to change the game and rescue rock & roll, Kaleido is familiar, yet rare. A Molotov cocktail of larger than life personality, passion, real life lyrics, tight musicianship, and an earth shaking live show, Kaleido has become a force to be reckoned with.

Shaddder is an eager and hungry new band from Northern Indiana.Â All of the members have been in various bands and finally have been brought together by a strong love of diverse music to create the blend you hear.