Grand Prairie, TX is growing with excitement over long-awaited South By So What?! 2015.

As spring break is upon us, this also means music festival season. With a huge festival like South by Southwest (SxSW) in Austin, Texas, it’s no surprise Third String Productions are the underdogs hosting South By So What?!, a competing festival at the same time just 200 miles away. The South By So What?! (SBSW) music festival has done great quality shows since 2008, growing year after year.

SBSW is different from other festivals. In the words of founder and promoter Mike Ziemer, SBSW is a “festival made by fans for fans.” Every year, Third String Productions sends out surveys via social media asking fans who and what they’d want to see at the festival.

The first year, SBSW was held at the Plano Centre with an attendance of over 3000. However, 2014 saw attendance of 17,000, making SBSW one of the fastest growing festivals in Texas.

This year, SBSW will be held at the Quick Trip Ball Park in Grand Prairie on March 20-22. Top billed acts include Motionless in White, Circa Survive, and Atreyu. 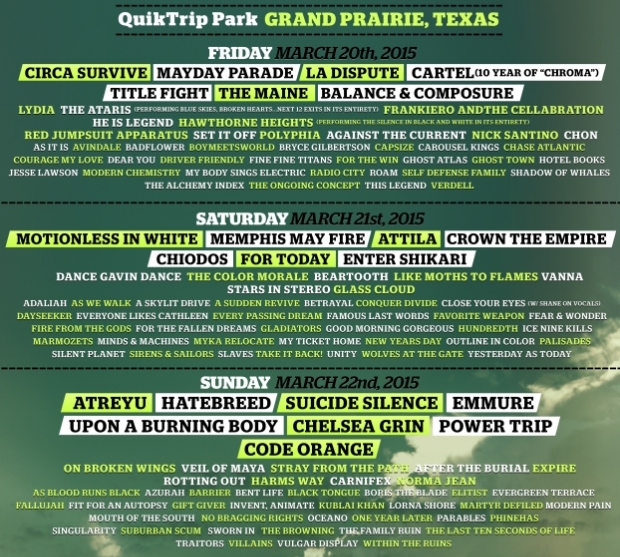