“He peels off spiralling blues-tinged riffs & gargantuan solos with a concentrated ease that’s wondrous to behold. The speed at which he plays is staggering, the feel gut-wrenching, the glacial cool almost too much to bear…”
–Culturefly

“When something is legendary, you know it when you see it, and Hammersmith saw it.”
-Rocktopia

Slash ft. Myles Kennedy and The Conspirators—Living The Dream Tour captures the band’s incendiary concert performance on their sold-out 2019 tour. Shot on location in front of a rabid crowd at London’s legendary Hammersmith Apollo. Living The Dream Tour will be released on DVD+2CD, Blu-ray+2 CD, 3LP Black Vinyl, limited edition 3LP Red Vinyl, digital video and digital audio, worldwide on September 20, 2019. An extremely limited amount of signed copies will be available while supplies last; to purchase the Living The Dream Tour, visit slashonline.com.

Living The Dream Tour features Slash & co. roaring through a highly charged 2-hour set of tracks from all four of Slash’s solo albums. The set includes “Call of the Wild” “Driving Rain,” “By The Sword,” “Back From Cali,” “Starlight,” “World On Fire” and “Anastasia.” There’s a searing live version of “Shadow Life,” as well as “We Are All Gonna Die” and “Doctor Alibi,” during which lead singer Myles Kennedy switches vocal duties with bassist Todd Kerns. Watch a “First Look” of the Living The Dream Tour as the band performs “Anastasia.”

Slash tears up the Hammersmith Apollo with staggering solos while dropping giant slabs of riffs with casual ease, delivering the essence of rock ‘n’ roll in this show. You can see it, hear it and feel it. “Every night is chasing that magic and when it all happens, it’s euphoric,” Slash states. “I just love it…London kicks ass.”

DVD/Blu-ray bonus feature: Live In London mini-documentary, including interview with Slash and Myles, plus behind-the-scenes footage of the tour. 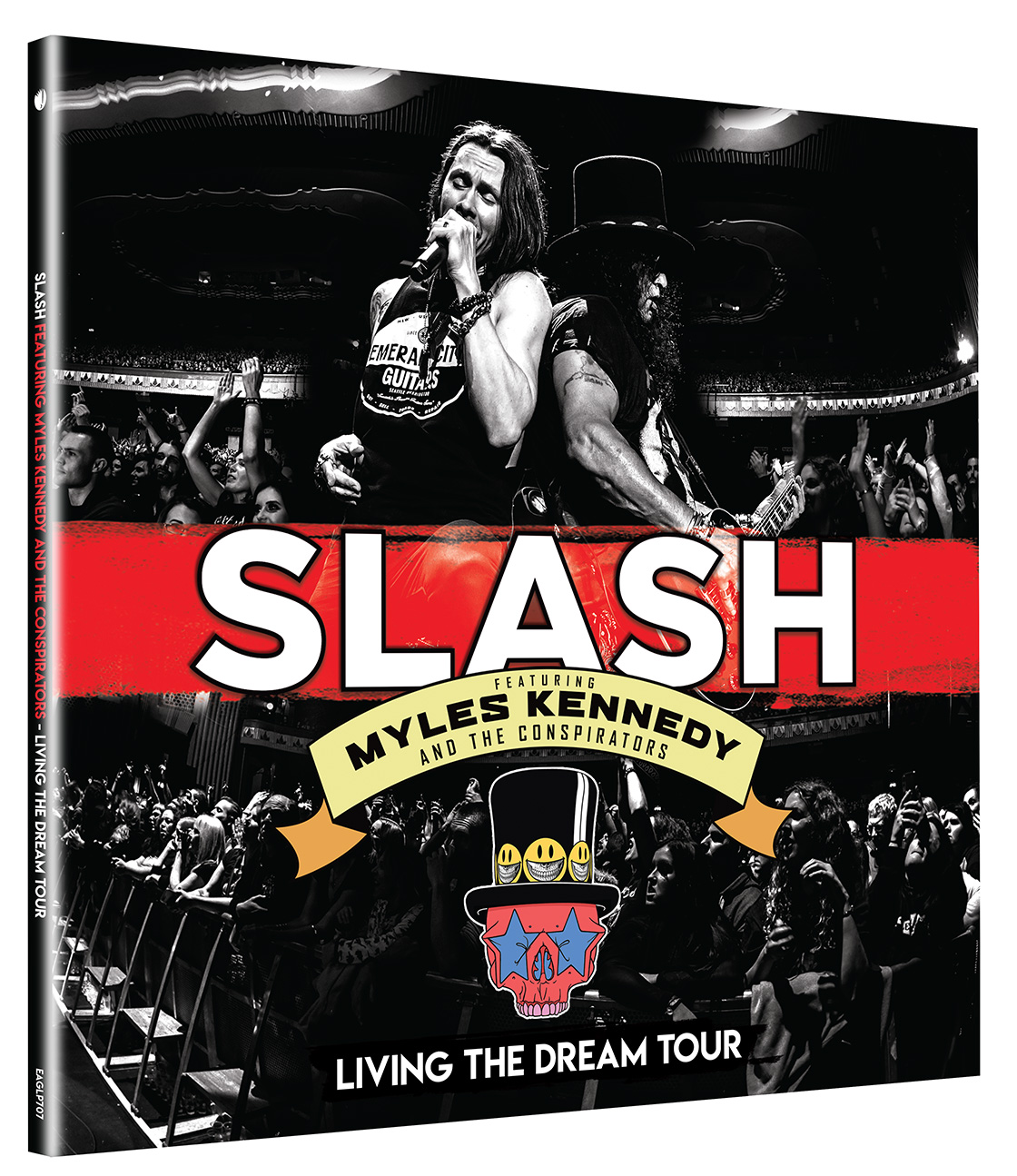 Slash ft. Myles Kennedy and The Conspirators 2019 worldwide tour in support of their most recent studio album Living The Dream continues with the launch of their North American headlining tour through July 15 in San Francisco. The trek will include festival stops at Heavy Montreal in Quebec on July 28 and at Lollapalooza on August 4 in Chicago, IL. Tickets are on-sale now, visit slashonline.com. Fans can purchase or stream Living The Dream here.