The band releases the new video for powerful anthem “GET UP” ahead of tour kick-off February 20th. Fan club presale begins February 5.

Shinedown’s ATTENTION ATTENTION World Tour kicks off February 20 in Estero, FL at Hertz Arena, which will see the band pack arenas backed by their biggest, most eye-popping production yet. Papa Roach and Asking Alexandria open. Amidst the tour, Shinedown will kick off a more intimate, limited run of shows in May entitled ‘An Evening With Shinedown,’ offering fans an exclusive, up-close-and-personal live experience. These special shows, inspired by the high demand for tickets to Shinedown’s three intimate, year-end shows at the House of Blues in Orlando, begin May 6 in New Orleans at The Fillmore and will include back-to-back nights in Atlanta, Myrtle Beach, and Nashville. Additionally, Shinedown will return to their roots in Jacksonville, FL for an epic set at Welcome to Rockville on May 4, and will headline WNOR Lunatic Luau 2019 on May 17 in Virginia Beach, VA, MMRBQ on May 18 in Camden, NJ, Rocklahoma on May 24 in Pryor, OK, Inkarceration Festival on July 12 in Mansfield, OH, andRiff Fest on July 13 in Detroit, MI. For all ticket details, please visit shinedown.com. 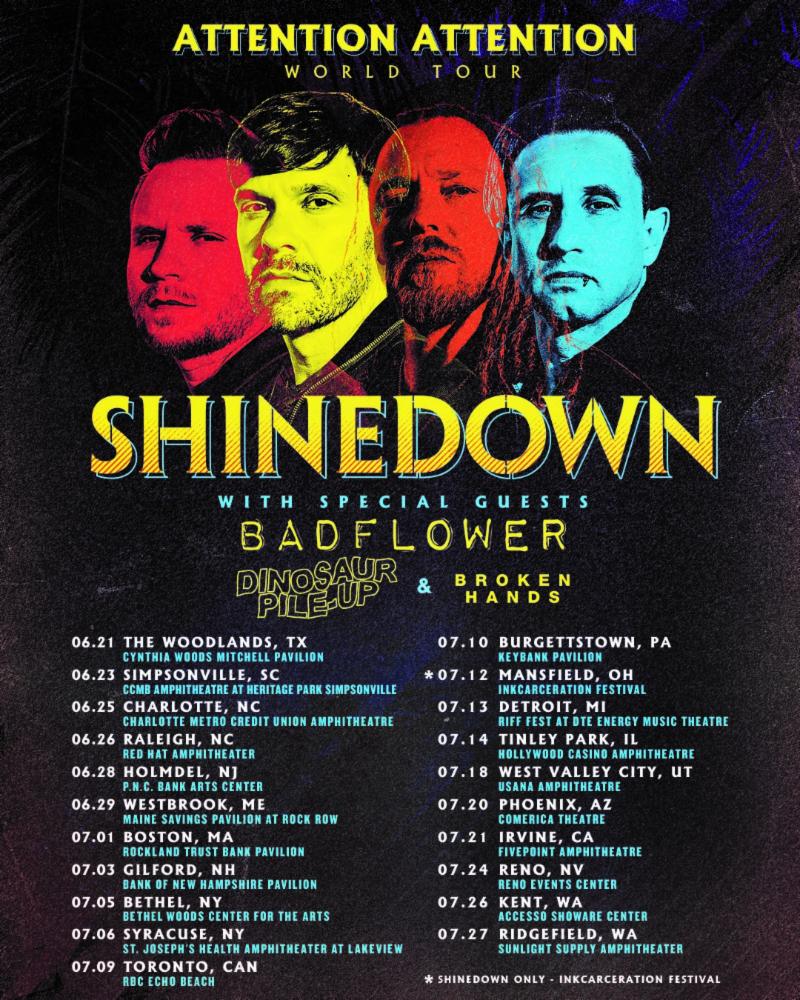