Xander Demos is this generationâ€™s shred guitar player. Having spent most of his life perfecting his skills, his sound is likely the biggest payoff.

Xander Demos \Dee-miss\ is one of the few shred guitarists that developed a lyrical sense in a melodic sound. Residing in Pittsburgh, Pennsylvania, Xander works from home allowing him to balance his love for music and his day job. Growing up in the MTV generation, â€œback when MTV still played music videosâ€ you grasp his playing style and hear his inspirations through his music. His solo album studio Guitarcadia was released in 2012 and really gave Xander a chance to show his true talent. His playing style is reminiscent for the old and enlightening for the youth. He breaks the mold of a stereotypical guitar player by having the ability to touch down on all musical styles, from the personal ballad of Lady in Red to the face melting sound of White Knuckle Driving. His latest single Dancing Through Daggers is the number one Metal song on OnlyLyrics.com.

First picking up his talent at the age of 13, it was the second instrument he played, â€œI started out on drums when I was twelve but I found I wasnâ€™t good at it, I didnâ€™t really pick up a sense of rhythm at the time,â€ he said. â€œMy first Guitar was a B.C. Rich NJ series Mockingbird kind of like a MÃ¶tley CrÃ¼e guitar, what a lot of metal bands were playing back then,â€ he said. Xander definitely has the upper hand due to his formal training with known names in the industry. â€œI did guitar lessons with a few of the local teachers, and as I became more of an advanced student I was introduced to Dallas Perkins and Ralph Santolla (Obituary). They later moved to Los Angeles and had successful music careers,â€ he said.

His sound and inspirations stem from artists such as, Shane Lane, Steve Via, Jason Becker, and John Sykes just to name a few. Xander is always working on new ways to let out his creativity and gift. He has endorsements with Suhr Guitars, Conklin Guitars and McNaught Guitars. His Favorite guitar is his first Xander Demos Signature Guitar, a custom seven-string guitar by Dave Thomas McNaught tailored to his playing style. â€œIt is really an incredible instrument, and heâ€™s just finishing up on a six-string guitar, itâ€™s the same shape as the seven-string, has a lot of the same features, Itâ€™s more like the hot rod version of a Superstrat,â€ he said.

Aside from being a solo artist Xander has also played in the Pennsylvania chapter of James Riveraâ€™s Sabbath Judas Sabbath tribute band. â€œItâ€™s a fun project, but due to our schedules we are currently on a hiatus.â€ He said. His main band XDB (Xander Demos Band) is a five-piece prog-rock/metal band featuring himself on guitar, Jeff Anzelone on drums, Jeff Morris on keyboards, Mario Brescia as vocals, and Dan Bozym on bass. â€œItâ€™s without a doubt heavy stuff, somebody at a show the other night explained, [XDB] as a cross between Journey and Helloween,â€ he said. â€œI thought is was a perfect comparison being that Helloween was always one of my favorite bands in the 80â€™s, and Journey being my all-time favorite band.â€

Performing with his solo band along side artists such as: Symphony X, Buckethead, Lizzy Borden, and Adrenaline Mob, XDB has been making waves and mesmerizing fans within the metal scene. Xander has also performed in festivals including the 2013 NAMM Metal Jam. His playing ability has outlined an extensive list of accomplishments, features, and awards in the metal industry. One of his outstanding awards was 2013â€™s Iron City Rocks, Best guitarist and Best Progressive Band. 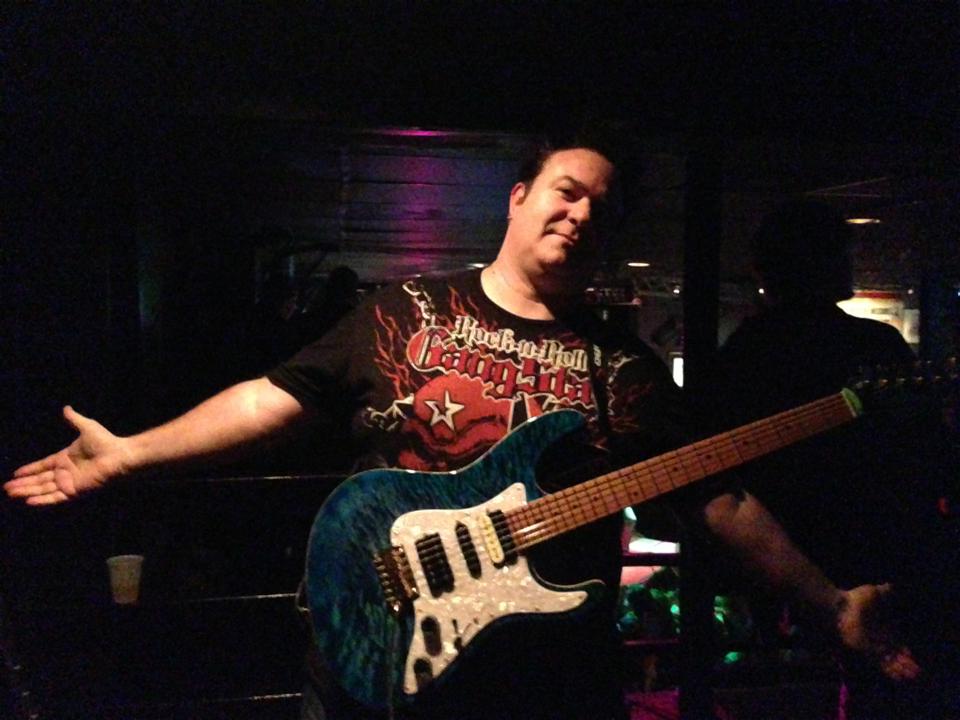 Xander is working on another solo album and also material for XDB, â€œIâ€™m working out the possibility of re-releasing Guitarcadia under a different label, however itâ€™s still up in the air,â€ he said. â€œBut I am working on a new instrumental album along with material for XDB. Originally, when XBD came together it was still considered as kind of like a solo project but it turned into more of a band now and we are going on an all-vocal route. As for to solo instrumental route, it is going to be entirely different from other material,â€ he said.

Greatest accomplishment thus far for Xander was the discipline to put out his first studio album Guitarcadia, â€œOne of the most gratifying parts of the album process was of the ten songs that are on Guitarcadia, two of them are covers, two are co-written and having most of the material written by me was a good creative outlet and I didnâ€™t feel like I was dictating to anyone else,â€ he said. Hair Metal Mansion named Guitarcadia as one of the best albums of 2012.

With more projects in the horizon and growing numbers on his Facebook page and YouTube Channel Xander continues in his 32nd anniversary with his guitar.