Ryan Cabrera talks new EP, current tour, and what a typical night out in Vegas holds.

The name Ryan Cabrera should definitely ring a bell. Back in 2004, he had a Billboard Top 10 hit with his debut single, â€œOn The Way Down,â€ which also won an ASCAP award in 2006 for most performed song of that year. If you listened to the radio at all during that time, you know Cabrera.

Since then, Cabrera has released two subsequent albums; You Stand Watching in 2005 and Moon Under Water in 2008. Finally now, Cabrera is back with a new label and a new EP, Wake Up Beautiful, which dropped on March 3, 2015.

Why the long wait and why an EP instead of a full-length album? Says Cabrera, â€œIt was a group decision between management and the label and kinda myself. Just the thought being that itâ€™s been so long that I’ve put out a record that we kinda felt that throwing a full length 13 song album at people would be too much. To get back into the sound of what this record kinda is, to get where Iâ€™ve been when I was writing the record and where the records going and overall where I am as an artist. Thought an EP would be a smarter decision.â€

And just where has he been and what has he been up to all this time? â€œI’ve just been on the road. Iâ€™m a road whore so I just constantly tour non-stop. I’ve been very fortunate to be able to do so.â€

After a little time talking with Cabrera, it became pretty obvious that he wanted to put out the best album he could with the best team available and that of course takes some time as well. On that note CabreraÂ elaborates, â€œI wanted it to be the right music, with the right people and the right team. Now that the records done, it was a hundred percent worth it. Meeting the people that I did and the producers that I did, to the band, to the label, to the agents, the whole thing takes time. Some of the stuff I was writing and recording wasn’t as good as I wanted it to be.â€

On top of that he wasn’t willing to conform. At the beginning of his writing process, Cabrera found that the state of radio was having a bit too much influence on the material he was putting together. â€œI felt like the first three years of writing kind of was me trying to adapt to where radio was at that time and at some point I just realized I canâ€™t do that. I just started writing the record that I wanted to write.â€

So Cabrera is back on the road with a full band, which he feels great about. The majority of his shows up until this point have been solo acoustic shows. As far as what fans can expect to see on this tour, â€œItâ€™s a good time. I think when people come to the show theyâ€™re very surprised by what they thought they were going to see and what they actually get out of the show.â€

In addition to the new EP, and coinciding tour, fans may not be aware that Cabrera hosts an online show titled â€œLive From Ryanâ€™s Living Room,â€ which showcases friends and acquaintances in jam sessions direct from Ryanâ€™s home in LA. Fans can log on and, for a fee, be a fly on the wall for these unscripted performances, with all money going to a different charity each time. â€œItâ€™s just a really special group of musicians and artists who just love to perform. I’ve always done a lot of charity work so I figured it would be great if I could incorporate people’s passion and love for music, but also people’s love for helping others. All of the musicians that play, obviously play for free, and they love to perform and they know theyâ€™re doing something good. I got my piano in 2005 and it would just be late night sessions of people performing. One morning, at like four in the morning and I was just sitting there watching two of my friends and thinking â€˜people would love to see this.â€™ Like Craig Robinson and Gavin DeGraw get up and we just start jamminâ€™. But obviously I donâ€™t want to make money off of it and I figured a way for people to get to see it and help.â€

A great concept with an even cooler twist, the online performances offer viewers the opportunity to pledge additional donations for the charity by requesting songs the musicians in attendance will play. A sort of virtual, philanthropic piano bar if you will. Good music for a good causeÂ is never a bad idea. 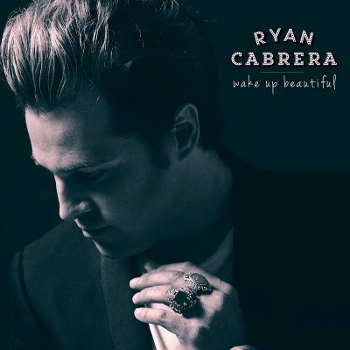 With the EP, tour, and online appearances covered, thereâ€™s another topic to touch on in which Cabrera is often noted for. This is his love of tattoos and the completely unique way in which he obtains many of them. A little game he and his friend call â€œTattoo Roulette.â€

When inquiring about a red carpet event for a tattoo shop I accidently stumbled on the news that Cabrera just got yet another piece courtesy of the game. This happened in Vegas just a few weeks ago and so far the new addition hasn’t been revealed.

â€œI havenâ€™t shown it to anybody yet, cuz Iâ€™m kinda keeping it in hiding. Itâ€™s so bad. He picks mine and I pick his and weâ€™re blindfolded. We kinda try to outdo each other with how crazy and out there that the tattoo can be.â€ But, certainly Cabrera will let us in on his newest addition, right? â€œAbsolutely not. Absolutely not. I gotta find the right time to reveal this thing. Itâ€™s that good.â€

There was a hint that the tat may be revealed at the Vegas show on April 24, at Vinyl, inside the Hard Rock Hotel and Casino. Or possibly another tattoo roulette game will be played over the two days that Cabrera and his friends descend upon Sin City? â€œAll my friends are coming in from LA and my friend that I play this with will be there. I guarantee you Iâ€™ll end up with another one while weâ€™re there.â€

Besides getting completely horrific tattoos and playing amazing shows what else will Cabrera be up to when he hits Vegas in a few weeks? â€œWe have two days in Vegas. I donâ€™t really gamble anymore. We usually go to dinner, usually STK, and now we kinda have a new love for Margaritaville. We love that place. So this trip weâ€™ll probably do the new spot Omnia and I want to bring the guys to Beachers Madhouse. Iâ€™m also a really big fan of XS, so weâ€™ll probably do that and then it usually ends with a little tattoo roulette. Thatâ€™s my typical night in Vegas.â€

â€œI havenâ€™t played Vegas since 2006 and I was sick that trip so I have to make up for it this time. Iâ€™m looking forward to making up for it.â€

You can catch Ryan Cabrera on the Wake Up Beautiful Tour now through April 26, 2015 and grab the new EP on iTunes.