Off! is set the release a new studio album on April 8th, 2014. The band is fronted by punk-rock icon, Keith Morris. Morris is also notably a founding member of legendary California punk bands, Black Flag and the Circle Jerks. Is also currently active in the Black Flag reunion band, FLAG.

The new album, Wasted Years, is set for release this spring via Vice Records. This follows their two previous studio releases, First Four EPs and Off! self-titled album, also on Vice Records.

As with the previous release, Wasted Years will feature album art by Raymond Pettibon. Artist Pettibon is known for his sometimes disturbing and socially critical cartoon drawings which have graced albums from bands like Black Flag, Foo Fighters, and Sonic Youth. A possibly lesser known fact is he is the brother of Greg Ginn, founding member of Black Flag.

According to a press release linked on the Off! web site, “Wasted Years were tracked live to tape at OFF’s practice space, recorded as they were written.” The concept was to capture the raw energy of the band. This was done by recording direct to 8-track as soon as the songwriting was completed. 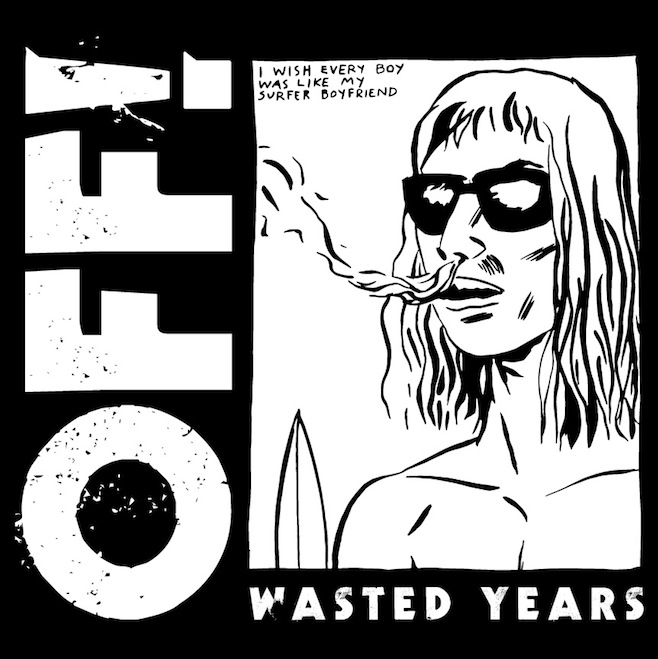